|
So many seedy secrets behind a boarding house’s doors!
| 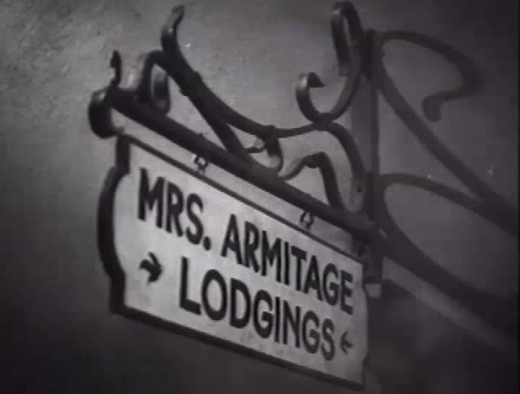 London, 1937, and on the surface Mrs. Armitage’s boarding house appears tranquil enough. But, as we soon find out, not all is as it seems . . .

The movie opens at the docks. One of Mrs. Armitage’s lodgers, Joe Reynolds (Cavanagh), observes as another, Ram Singh (Bey), helps smuggle a small trunk onto the dock and away. Back at the boarding house next morning, it’s clear that the two are in uneasy, mutually suspicious cahoots. 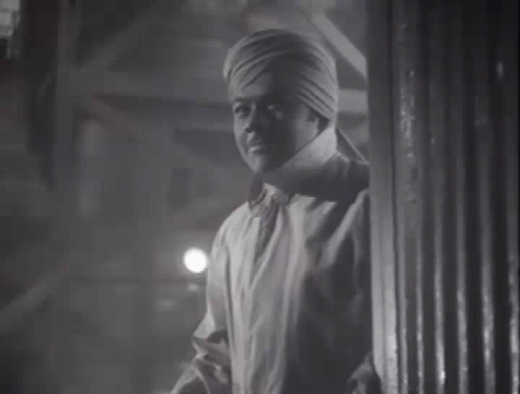 Not all is well among the building’s other occupants. Startled while clearing away the breakfast things, the maid, Lucy Timpson (Barry), drops a tray of dirty dishes and is promptly and viciously fired by the landlady, ex-actress Stella Armitage (Inescort). Joe has been carrying on a long-term affair with Stella—in fact, it was he who bought the boarding house for her to run ten years ago when her acting days were over. Stella’s chess-fiend husband Tom (Mander), likewise an ex-actor—he boasts he once played the aunt in Charley’s Aunt—is oblivious to the pair’s shenanigans even after a decade. On the other hand, Stella is equally oblivious to the fact that her lover Joe has been canoodling on the side with Lucy. 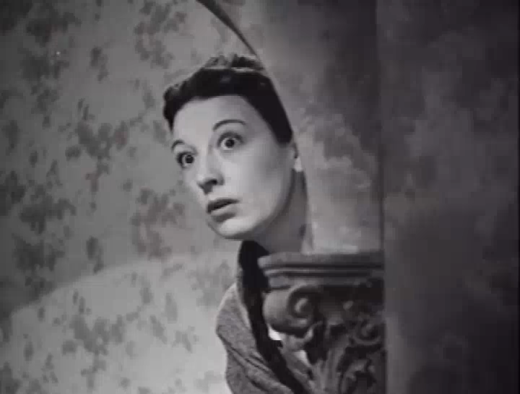 Also living in the house are Miss Phoebe Marcia St. John Snell (Field)—“I usually leave out the Marcia”—a spinster who sublimates her unmentionable yearnings by reading an endless string of fevered romance novels; and a young, would-be playwright, Hugh Bromilow (Lester). Hugh is carrying on with Stella’s daughter Sylvia (Angel), but at least for the moment in what we might call an above-board fashion. 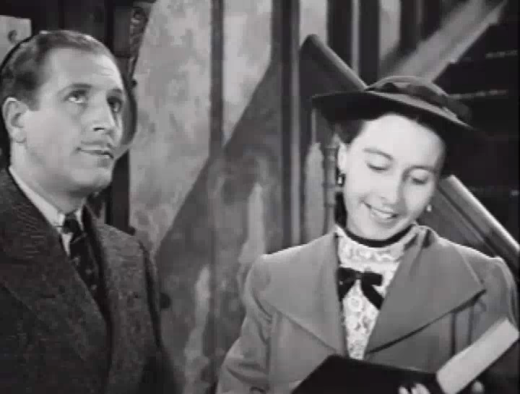 Joe (Paul Cavanagh) suffers a reading from the latest romance novel Miss Snell (Mary Field) has borrowed from the library.

Joe persuades Stella to ensure that tonight everyone at the boarding house will be in their beds by midnight. Puzzled, she agrees, while telling Joe that their relationship must be either formalized or ended, and likewise his shady business deals. Lucy tells Joe he’s going to have to look after her now that Stella has fired her. Meanwhile Tom leaves to attend a chess lecture, planning to stay overnight with an old pal, and Ram knifes an intruder (Renay) whom he surprises in his room, shoving the body under the bed. 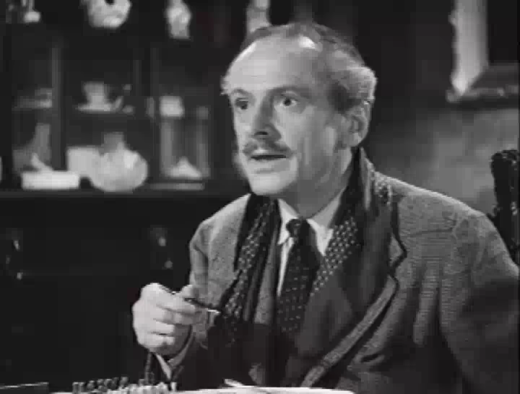 The crooks’ plan is that Ram and his associate will deliver that smuggled trunk to Joe’s room at midnight. Of course, there are complications, such as that Hugh and Sylvia arrive home from the cinema far later than anticipated; while smooching their goodnights they see a mysterious figure on the stairs whom they assume to be Lucy wearing a shawl over her head. When finally the coast is clear, Ram and his colleague arrive with the trunk, only to find that Joe’s bedroom door is locked. 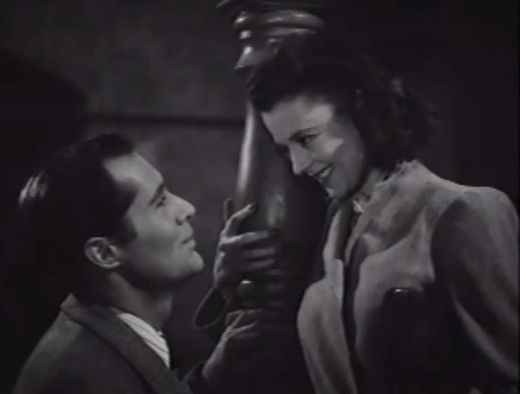 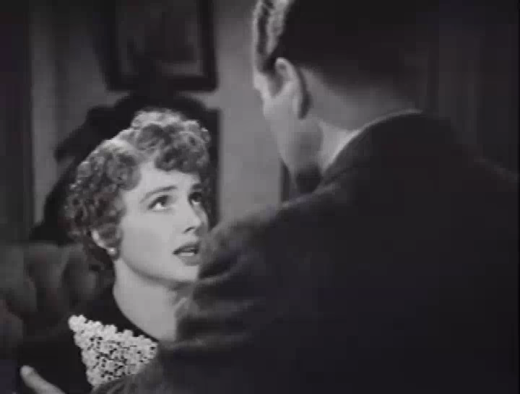 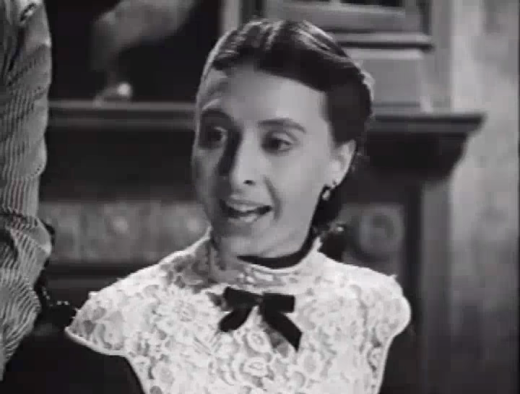 The next morning, a Sunday, Stella discovers Joe’s murdered body in his bedroom, covered in stab wounds. The police, in the form of the cocksure local beat constable (Irwin) and the avuncular, overconfident Inspector Gregg (Hare), arrive on the scene, and the investigation gets under way . . . 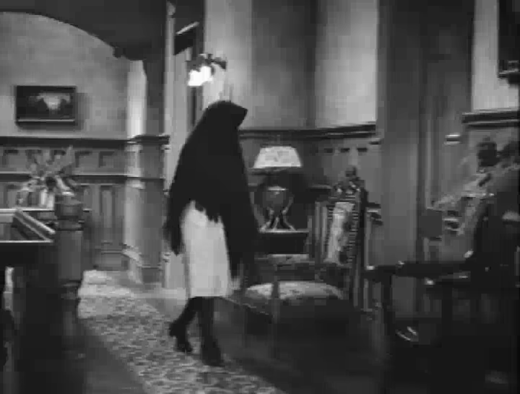 The movie’s stage origins are obvious, but for once this actually adds to the enjoyment; it’s really part of the plot that this should be so. The first act reads somewhat like a bedroom farce, but without the double entendres and the flashes of knicker, while the second act contains a couple of more overtly comedic sequences; to be honest, they’re rather painfully heavy-handed and might better have been left out. The third act is the most interesting one. 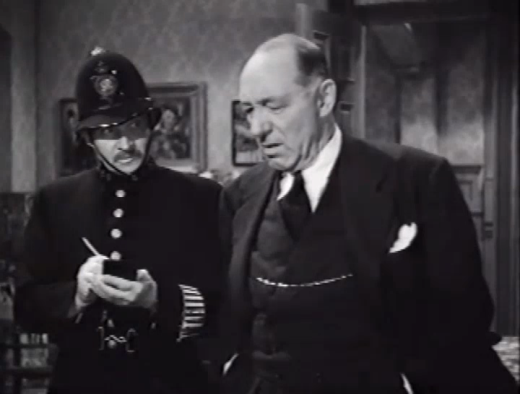 Frieda Inescort was something of a tragic figure. She had a successful stage and screen career that was truncated when, in 1961, her husband committed suicide and the symptoms of the multiple sclerosis that she’d been suffering since her thirties intensified. For the rest of her life she raised money for research into multiple sclerosis. 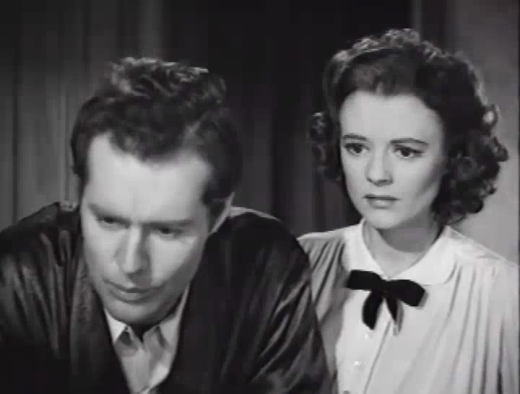 Shadows on the Stairs represents the screen debut of Turhan Bey. As the son of a Turkish father and a Czech mother he was a natural Hollywood casting choice as an Indian—that trunk contained half a million pounds to fund UK-based saboteurs campaigning for India’s independence. Born in Austria, Bey had a fairly prolific Hollywood career between 1941—he and his Jewish mother had sought refuge in the US in 1940—and 1953, when he returned to his homeland. Hollywood rediscovered him in the 1990s, and he subsequently had a number of minor roles and guest cameos on TV and in the movies—including even a Shannon Tweed/Fred Olen Ray erotic thriller, Possessed by the Night (1994), although he reportedly kept his clothes on. He has featured on this site once before, albeit not as an actor but for the solitary movie that he produced: Stolen Identity (1953).

Shadows on the Stairs is one of several screen adaptations of Vosper’s play Murder on the Second Floor. Others include:

Vosper is of some interest to students of the peripheries of film noir. His play Love from a Stranger (1936), based on Agatha Christie’s short story “Philomel Cottage” (1934) was filmed several times, notably as LOVE FROM A STRANGER (1937; vt A Night of Terror) dir Rowland V. Lee, with Ann Harding and Basil Rathbone, and LOVE FROM A STRANGER (1947) dir Richard Whorf, with Sylvia Sidney and John Hodiak. A recognized stage actor, Vosper also appeared in a number of movies, including Hitchcock’s first (1934) version of The MAN WHO KNEW TOO MUCH.

Although set in London and featuring an almost exclusively British cast, Shadows on the Stairs was made in Hollywood. 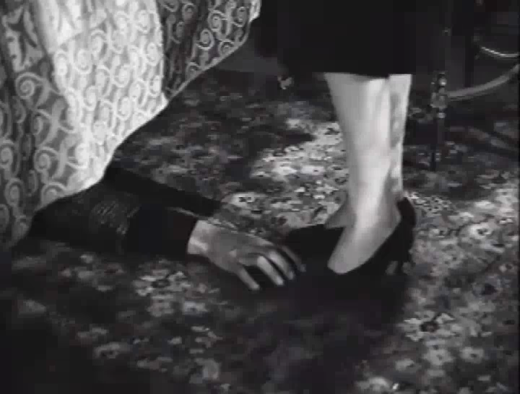 On Amazon.com: Shadows on the Stairs [DVD]