Director Michael Gleissner shot two versions side-by-side of this domestic noir/psychological thriller. One was the Mandarin-language Hui Lu (2007) and the other, using the same locations but a completely different cast, was the English-language Irreversi, whose release for some reason came three years later, in 2010. Although the movie is a product of Hong Kong, it’s far more in the spirit of Hollywood—or even, looked at another way, Elisabeth Sanxay Holding!—than of traditional HK crime movies.

At some point I’d like to see Hui Lu; in the meantime there’s a trailer for it here. 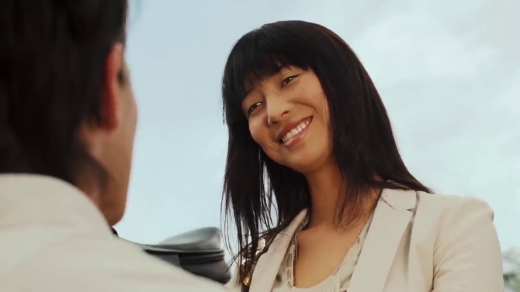 Some little while ago, inventor John Wee (Cheung), a keen skydiver, died in a tragic accident when his chute failed to open. His sister, music star Lynda Wee (Melançon), is finally becoming able to move on from her grief, not least because she’s been romancing with John’s business partner, Adam Travis (Bohen).

Now Adam has decided the time is ripe. He produces an ostentatious engagement ring and surprises Lynda by buying her the house of her dreams for them to live in. Soon they’re dwelling in marital bliss. 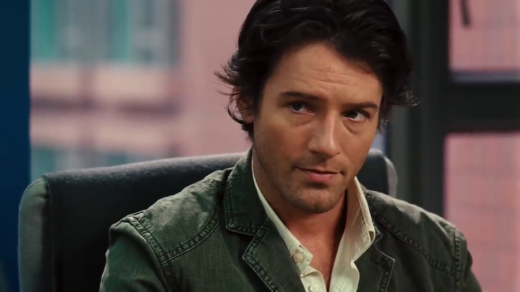 It doesn’t take long for either us or Lynda to realize that Adam is a control freak. Moreover, there seems something fishy about the way that, not long before his death, Lynda’s brother signed over all his patents to Adam, including those related to the new surveillance microcamera the company has now started to produce for an anticipated global market. As part of his control-freakdom, Adam has these cameras installed all over the house . . .

Things get worse. Lynda wants children, and the couple have been trying for a pregnancy. But then she discovers Adam knew all along he was sterile because of mumps in his youth. If he’s capable of this very basic deceit, what about those patents . . . and everything else?

And so it goes until Adam is secretly dosing Lynda with DCP, a carcinogen whose primary use is in taxidermy but which, he reasons, can surely be adapted as a slow but undetectable poison . . .

We know from the movie’s opening moments that Adam will in due course get his richly deserved comeuppance, but the movie has a final twist that’s all the more effective for being ambiguous. 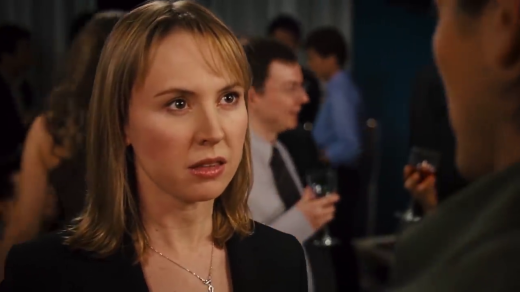 In other hands this might have been cast as an erotic thriller, but Gleissner (who as “Ken Arden” has a small role as Charlie, the IT guy) wisely eschews all the steamy softcore scenes integral to the genre and instead focuses on the relationship between his two principals. For much of the movie’s running time the portrayal of that relationship seems fairly unsophisticated, but, as we discover at the end, there’s more going on than is being made immediately visible to us. In particular, at one point in the movie’s later stages there’s a switch in Lynda’s attitude toward Adam, from cold back to the heat of their earlier partnership, that seems like a screenplay misstep at the time but proves to make perfect sense when we reach the final reveal.

All in all, this is a very competently made movie, with a charming female protagonist and a very effective sleazeball ably supported by Warren and Doughty as the relevant besties as well as by Caroline Carver as Adam’s PA, Terry, and Jo Wee as the Travis’s maid, Ling. I’d be misleading you if I told you that it hit the heights or was essential viewing, but I felt that the time I’d spent watching it had been wisely invested. 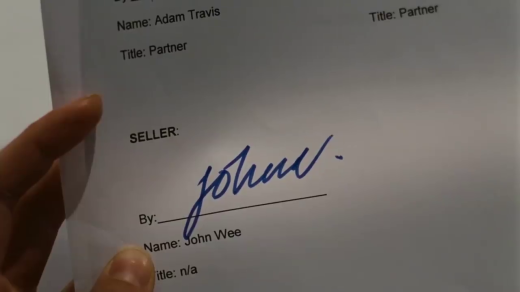