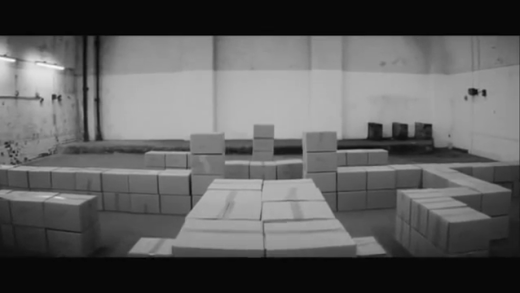 Shot in glorious black-and-white—and for a chunk of its running time in just glorious black—this enigmatic UK short won a 2012 BAFTA as Best Short Film and was nominated as Best Narrative Short at the 2012 Tribeca Film Festival.

The opening credits play the 1955 Roger Williams version of the classic French song Les Feuilles Mortes (1945) over a scene of stacked boxes in a vault. The song, with music by Joseph Kosma and lyrics by Jacques Prévert, was first used onscreen in Marcel Carné’s Les PORTES DE LA NUIT (1946; vt Gates of the Night). With English-language lyrics by Johnny Mercer, the song reappeared in the Joan Crawford vehicle AUTUMN LEAVES (1956) dir Robert Aldrich. The Roger Williams version is apparently the only piano instrumental to reach #1 in the US Billboard charts, which it did in 1955, remaining there for four weeks.

Ahem. Apologies for the digression.

The use of the piece here has, thanks to the tune’s countless cinematic and other incarnations, the effect of gearing us emotionally to anticipate a UK noir of the 1940s/1950s, which is more or less—despite the numerous uses of the f-word (you’d not catch upright, pipe-smoking Ronald Howard saying that in public!)—what’s being homaged in Pitch Black Heist.

Two thieves, Liam (Cunningham) and the far more taciturn Michael (Fassbender), are brought together to pull off a bank job in the City of London. The significant problem they face is, as their inside man, Isaac (Mcqueen), explains, that the vault has been wired to detect even the slightest trace of light. They must therefore work entirely in darkness, with the additional handicap of having to make sure none of their equipment issues a spark.

They’re told to go to a pub near the bank the next Sunday morning and wait for the final phoned go-ahead. So they practice working in darkness for two days, then go to the pub (in fact it’s the Dolphin, in Hackney) to wait. But the go-ahead’s a long time in coming, so they fill the time by arm-wrestling, playing pool . . . and necking back the pints. Lots of pints.

By the time they head for the vault they’re giggling and stumbling . . . 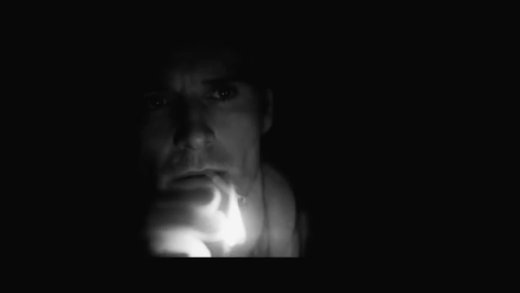 Liam Cunningham featured on this site recently for his role in SLR (2013). 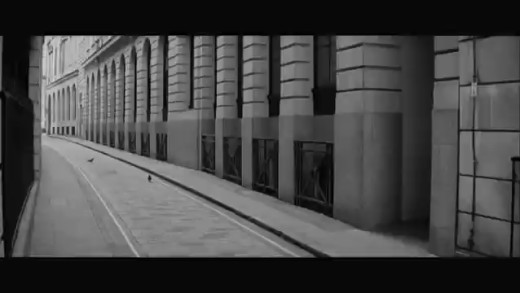