|
Not so much a remake, more a sorry porridge!
| 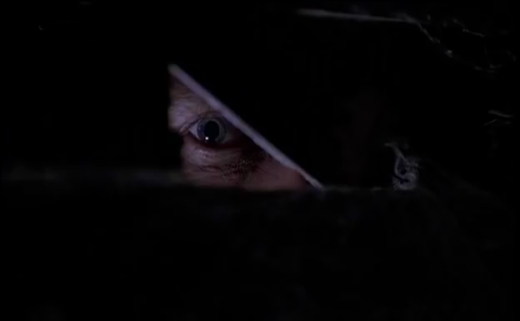 Although this movie claims in its opening credits to be a remake of Robert Siodmak’s classic period noir The SPIRAL STAIRCASE (1945), just about everything that distinguished the original movie from a run-of-the-mill murder mystery has been excised.

Despite all the plot-changes, this remake is ready to offer the occasional visual quote from Siodmak’s original.

Perhaps most importantly, the killer’s motivation has been altered. In the original, the killer has a psychotic detestation of disabilities in women; this puts our heroine, who’s a traumatic mute, in severe danger of being his next victim. Here the motive’s just the humdrum one of financial gain—there’s an inheritance up for grabs—and, when this motive is suddenly produced in the final minutes, it makes no sense, because we’ve been told the killer has been murdering and assaulting pretty young women at random for some while. Furthermore, the muteness of the central character has no real impact on the plot—in fact (and this is actually quite cleverly done), we’re a good few minutes into the movie before we realize she’s mute at all.

Helen (Nicollette Sheridan) hears a strange noise outside her bedroom.

Here’s the plot in short:

There’s a prologue in which a young girl (not properly identified in the credits) is walking home at night in Westport, Washington State, when she encounters END_OF_DOCUMENT_TOKEN_TO_BE_REPLACED

Perry (Roberts), repelled by yet another example of Dick’s predatory sexuality.

A remake of In Cold Blood (1967) that obviously tells much the same story—occasionally with snatches of the same dialogue—although with many differences in the details and in various matters of emphasis. Although, as in the earlier movie, the murders are shown in flashback toward the end of the movie, this flashback is proportionally very much shorter, while the aftermath of the killers’ capture is likewise given far less weight.

Here we learn far more about the lives of the Clutters; by the halfway mark of what was first aired as a miniseries but what’s in essence a single very long movie, Perry Smith (Roberts) and Dick Hickock (Edwards) have not long invaded the farmhouse. The dynamics within END_OF_DOCUMENT_TOKEN_TO_BE_REPLACED