One of author Stephen King’s Dollar Babies (whereby the writer sells nonexclusive screen rights to student/amateur moviemakers for a dollar), Autopsy has a sort of 8mm home movie feel to it. Alas, I wouldn’t describe it as essential viewing.

Golfer Howard (McDougald) goes into the rough in search of a lost ball and is bitten by a venomous snake. Luckily the two golfers behind him on the course realize what’s going on, and he’s rescued.

Or at least his body is.

Cut (geddit?) to the mortuary. Midway through a radio report that an exotic snake whose bite can induce a paralysis almost indistinguishable from death has escaped and is causing havoc, two mortuary assistants, Katy (Nash) and Peter (Gay), switch off their tranny to focus on their task of cutting up what they assume is a cadaver. We listen—as we assume does Howard—to their merry banter as they ready the scalpels . . .

And that’s about it, really.

I’d imagine King’s original offers a bit more of a story, or perhaps he succeeded through atmospherics in creating a suspense that’s lacking here, but the screen adaptation seems pretty pointless. I’d love to congratulate the acting and directing, but to be honest that’d be difficult. George Tripsas’s cinematography does have an interesting dynamism to it, though, and I’d be looking out for more of his work were it not for the fact that he seems to have shot little else.

I’ll be looking at a few more of King’s “Dollar Babies” over the next few weeks and months, though, because when they are good they can be very, very good, even if, ya know . . . 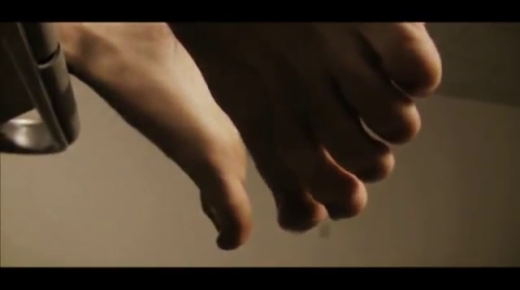