Julie Merriday (Heatherton), headstrong daughter of the richest and most powerful man in the area, is speeding along the road one day with boyfriend Harry Lindsay (Coster) when she nearly kills motorcyclist Ben Gunther (Donahue). After being pulled out of the ditch, Ben recognizes her as Barbara, his long-lost love—really long-lost, because Barbara Merriday died a century ago giving birth to the child ancestral to the current Merriday brood.

Julie’s father Julian (Sullivan) is brutally possessive and controlling. At first he welcomes the idea that END_OF_DOCUMENT_TOKEN_TO_BE_REPLACED 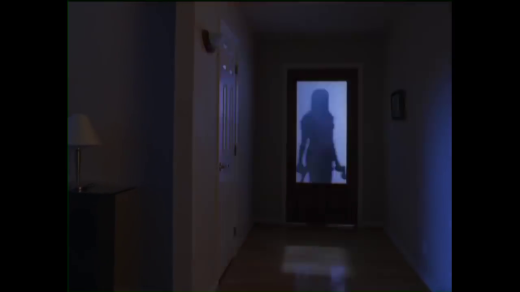 A modest yet engaging minor movie that, by its end, somehow seemed to be both more and less than the sum of its parts. I think this ambivalence of mine about it arose because a minor element of the movie comprises a Dan Brownish puzzle whose solution, when finally revealed to us, seems rather a letdown—the clues lead to a particular piece of text whose relevance is, well, a bit tenuous . . . unless I was missing something, which is always possible.

David Dailey (Bellows) is a highly successful radio host for the (real-life) station 84WHAS in Louisville, Kentucky. He and his wife Susan (Raver) are poster children for the arts, charity and tolerance. David is also near-insufferably smug in this role—for example, he seems to enjoy constantly telling assistant Whit Harrington (Harrold) that he’s a no-hoper—which makes it all the more alarming when one day David receives an anonymous note consisting of no more than the word

with the initial letter highlighted. In the envelope there’s also a hotel room key.

Assuming Susan’s the one who sent the note, proposing a spicy night out, David goes to the hotel, a red rose between his teeth and his hopes high, only to discover END_OF_DOCUMENT_TOKEN_TO_BE_REPLACED

Sweet hospital nurse Miranda Wells (Pike), though rather cold, is always willing to help—and always level-headed in a crisis. To be sure, she’s a tad over-fastidious and obsessive, a quality she puts to good use in her hobby of baking and decorating intricately crafted cakes but that also manifests itself through her panicky antagonism to using any pens save those of a particular brand (which she orders by the boxful), through her need to clean off public phones before touching them . . . and through her reluctance to meet men with a view to dating.

Her colleagues and friends Nancy (Manheim), Darlene (Willis) and April (Wasser) are determined to do something to “cure” Miranda of this last idiosyncracy, and after months of trying Darlene has managed to get her to agree to a blind date with a man called Kevin (Slaughter).

The appointed day comes, and END_OF_DOCUMENT_TOKEN_TO_BE_REPLACED 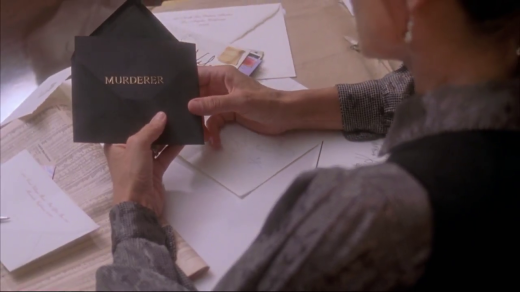 The very first thing I thought on glancing at this movie was, Golly! What a cast! How come I’ve never heard of this . . .?

What I didn’t then know was that END_OF_DOCUMENT_TOKEN_TO_BE_REPLACED 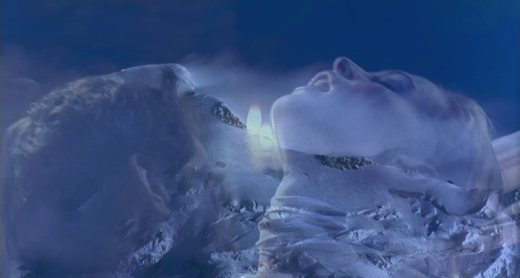 A psychological thriller that, while it’s far from a masterpiece, I’d maintain is rather better than it’s usually given credit for.

Alice (Graham) is an American who’s been in London these past two years working as a designer of CD-ROMs and websites for corporate clients. For six months now she’s lived with her boyfriend, Jake (Hughes), in a relationship that’s become affectionate and comfortable, albeit no longer fiery.

One day on the way to work she accidentally touches fingers with a mysterious stranger, mountaineer Adam Tallis (Fiennes), at a pedestrian stop sign, and there’s an instant attraction. Soon they’re in a taxi to the apartment where he’s living—in fact his sister’s—and, once they get there, they promptly END_OF_DOCUMENT_TOKEN_TO_BE_REPLACED

“Once upon a time there was a family who lived in a big house all by itself in the middle of great big woods. There was Mommy. She was very beautiful. Everyone loved her—especially Uncle Harold. He wasn’t my real uncle—just make-believe. Mommy made people laugh, because she was so happy herself. Then there was Daddy. He was very handsome and very kind. Everybody was mad about him. And last of all, because she was the youngest, there was Susan. She had no brothers or sisters, so she was on her own a lot. But she didn’t mind it, because she had her own special house in the woods that her daddy had built for her when she was a very little girl . . .”

END_OF_DOCUMENT_TOKEN_TO_BE_REPLACED

In some anonymous corporate office, Kelly (Spriggs) is working late on Christmas Eve. The radio talks of a downtown shooting. The last of her colleagues to go for the night, Carol (Linten), spooks Kelly out further by reminding her: “You know that girl who was attacked a few weeks ago? That could be you.”

Finally Kelly shuts off her laptop and END_OF_DOCUMENT_TOKEN_TO_BE_REPLACED

|
What possessed him to commit murder?
|

It begins, as so many stories do, in a park. Frankie Teal (Harolde) is there, having come in response to a note from his mistress:

“Frankie:
Harvey out of town. Meet me in the park at noon. Usual place. Important.
Betty.”

But the person who meets Frankie isn’t Betty at all: it’s Harvey Bogardus (Powers), Betty’s husband and a ruthless self-made man. He END_OF_DOCUMENT_TOKEN_TO_BE_REPLACED 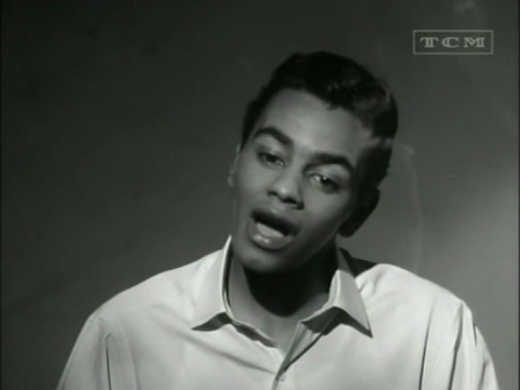 25-year-old Elizabeth Richmond (Parker) is a repressed, hypochondriacal, insecure museum worker who defies all the efforts of friendly colleague Ruth Seaton (Ross) to bring her out of her shell; she rebuffs almost tearfully the advances of the museum’s cut-price lothario, Johnny Valenzo (Roman). A particular source of misery is that she keeps finding poisonous letters on her desk or in her purse from someone signing themselves Lizzie.

One night, however, the timid Elizabeth startles the hard-drinking unsupportive aunt with whom she lives, Morgan James (Blondell), by suddenly snarling at her, “You drunken old END_OF_DOCUMENT_TOKEN_TO_BE_REPLACED

A fascinating psychological drama. Until a few years ago, Georgia Gale (Tiller) was a poet of great renown, but then she stopped writing and started drinking heavily. Now, as a desperate last resort, she has traveled to Switzerland, to the Sanatorium de Lattre, where she hopes to find a cure at the hands of the famous Professor De Lattre (Nazzari). 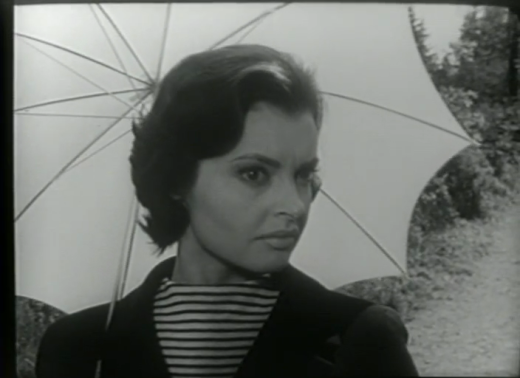 Almost as soon as she has arrived she’s rebelling against the regulations, not least that END_OF_DOCUMENT_TOKEN_TO_BE_REPLACED