A thoroughly enjoyable slice of French noir that I missed, alas, when writing A Comprehensive Encyclopedia of Film Noir. Its co-director, Michel Deville, would go on to greater things, including a few movies of noirish interest—see below.

Back in Saigon during the French war in Indochina, paratroopers Antoine “Tony” Rossi (Vaneck) and his pal Dick (Hanin) met up with a shady figure called Boris Shivara (Ziegler), generally known in crime circles as Le Maltais (“The Maltese”). He gave them 25 million francs to smuggle into France on their return from service, plus a bonus of two million as commission. They soon enough blew the two million but, when Le Maltais failed to turn up and they assumed he was an ex-Maltais, pining for the fjords, invested the 25 million in a nightclub, the Tip-Tap. After all, the guy who sold it to them, Alberto (Buhr), promised that if need be he’d buy it back from them at the purchase price should they ever need the 25 million in a hurry—i.e., should Le Maltais ever turn up. 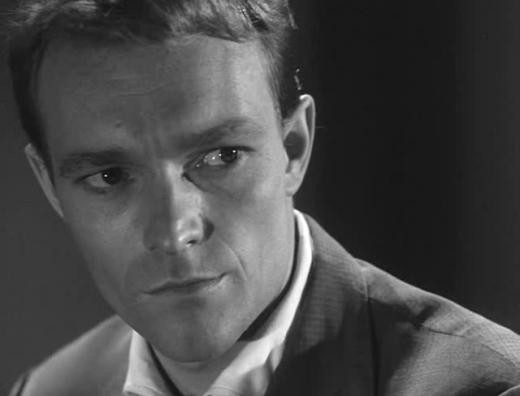 The Tip-Tap, alas, loses money hand over fist, and then Le Maltais arrives in town demanding his money pronto or blood will be shed. Alberto is oddly forgetful about his promise to buy the club back. Just to make things worse, when the two ex-paras’ old Saigon chum Chang (Simonin) goes to see if he can reason with the gangster, Le Maltais murders him and lines up three witnesses prepared to swear it was Tony and Dick wot dun it.

Into the mix comes Pépère (Frankeur), a seemingly genial fellow who explains that Alberto is just a front-man: the real previous owner of the Tip-Tap was himself, Pépère. But he has a plan whereby the pair could clear their debt to Le Maltais while everyone could make a neat profit.

Tony’s champion-golfer girlfriend, Brigitte (Bardot), has a father, M. Geoffrain (Le Béal), who’s the biggest gold smuggler in Belgium and Switzerland combined. Each consignment of gold that he smuggles out of the country is worth a minimum of 100 million francs. All the two ex-paras need to do is intercept Geoffrain on his way to his secret plane with his next consignment of bullion.

Unsurprisingly, all does not go smoothly. What the naive ex-paras fail to realize until it’s too late is that Pépère is as ruthless an underworld figure as Le Maltais, and has little interest in this quaint notion of “sharing” . . . 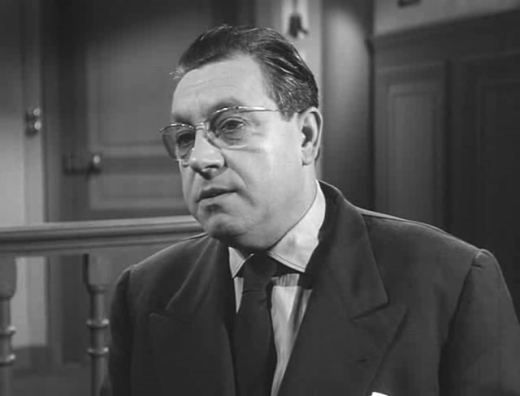 The soundtrack of Une Balle dans le Canon, done by Raymond Bernard, had me very much in two minds. Often enough I was tapping my toes and grinning at the ‘fifties brashness, but the frequent repetition of the movie’s theme eventually became wearisome. What did not become wearisome—in fact, represented a high point of the movie—was the inclusion of two numbers performed at the club by the sensational Hazel Scott: “Viens Danser” and “Si Je Pouvais Revivre un Jour Ma Vie,” both with lyrics by Louis Amade and Pierre Delanoe and music by Gilbert Bécaud. (There’s quite a lot of Hazel Scott’s music on YouTube, and I recommend you sample some of it.)

There are other excellent contributions from the support cast. In theory Mijanou Bardot is the romantic lead, but her part’s in fact relatively small. She’s the younger sister of the far better known Brigitte Bardot, but there’s no strong family resemblance in either appearance or demeanor; Mijanou had a more subdued loveliness than her big sis. Here she’s completely convincing as Tony’s sportswoman girlfriend: although at one point she changes out of slacks into a dress for golfing practice, which seemed odd to this viewer, she has the limber movements of an athlete down pat, and, as we see late in the movie, can run like one. 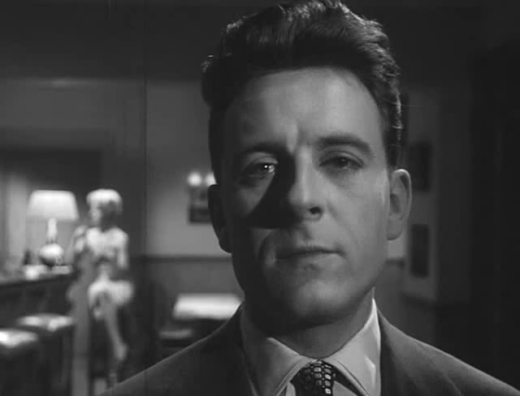 Colette Duval plays the Tip-Tap’s bartender, also called Colette. A mistress of the long-suffering smile, she’s an old comrade-of-arms of Tony and Dick, as we can tell from the photo of the three of them in uniform that Dick keeps on his desk. There’s something in the air between Dick and Colette, but the movie never tells us what it is: Were they once an item? Or is it that Colette has long loved him but without requital? Who knows?

The business about Colette being an ex-paratrooper is not entirely fictitious. The actress Colette Duval was in her day a renowned skydiver. She broke a couple of world records, although in neither instance, for technical reasons, was the achievement accredited. After a fall ended her skydiving career, she explored various other occupations, including for a while running a Paris nightclub. She died tragically young of cancer in 1988, aged 58.

Michael Lonsdale has a small part as M. Doory, a champagne salesman who calls at the Tip-Tap to tell its proprietors that he’ll no longer be supplying them with bubbly because of their repeated failure to pay his bills. Jean Rochefort has a slightly more major role as the Tip-Tap’s maître d’. Also among the bit parts is one by Albert Simonin, who co-scripted this movie and wrote stories and scripts for numerous other French noirs. Possibly his most famous noirish contribution was the novel Touchez Pas au Grisbi (1953), filmed by Jacques Decker as one of the classic French noirs, Touchez Pas au Grisbi (1954; vt Grisbi; vt Honour Among Thieves), with a mouthwatering cast including Jean Gabin, Lino Ventura, Paul Frankeur, Michel Jourdan, René Dary, Jeanne Moreau, Dora Doll and Daniel Cauchy. His portrayal of Chang in Une Balle dans le Canon was one of his only three screen performances as an actor.

As noted above, Michel Deville would go on to create movies of greater cinematic renown, most of them outside our purview. You can find his splendid offering Lucky Jo (1964) elsewhere on this site, while there are entries in the encyclopedia for Le DOSSIER 51 (1978; vt Dossier 51), EAUX PROFONDES (1981; vt Deep Water) and PÉRIL EN LA DEMEURE (1985; vt Death in a French Garden; vt Peril).