A powerful movie that’s riveting to watch and that yet somehow left me with something of a sour taste. There’s a line between exploitation, on the one hand, and harrowing depiction of human anguish, on the other, and I’m still not sure in my own mind on which side of that line this movie lies. I accept absolutely that the intentions of the movie’s makers were good; where I’m less confident is about my own reactions to the piece.

Oliver (Higgins) is the elderly single father to Anna (Donley), who’s a mute: her hearing seems okay, although the sound editing might seem to indicate she hears things a bit muffled-like, but all she can manage by way of vocalizations are whimpers and wails, sometimes loud wails. Although she seems not unintelligent, and clearly has a creative spirit, there’s obviously more going on than merely her muteness: she habitually holds her fingers in an odd, crooked conformation.

One day Oliver gets home from the store to find Anna lying on her bed in distress, her face showing signs of physical assault. He immediately jumps to the conclusion that her photographer pal Max (Mueller)—seemingly her only friend—has violently raped her, and indeed we see the scene playing out in Oliver’s imagination as a flashback. The irate father exacts a drastic revenge.

Yet was Max guilty of the crime, or of any crime at all? It appears he was at the cinema with his girlfriend (Indrieri) at the time. And, if the assault was a product of Oliver’s imagination, how much else of what we’ve seen can be relied upon? Who is the real danger to Anna?

There’s an odd use of color in the movie, with the yellows exaggerated. And at one stage early on in the movie, while Oliver cuts up some meat on the kitchen table, a flickering lightbulb seems to affect the status of his reality, not just because of the flicker but through an apparently consequential degradation of picture quality. (The effect is repeated in the movie’s final moments, with devastating impact.) There’s a note on the cinematography on the movie’s IMDB page, presumably placed there by or citing either director Hassan Said or cinematographer Jordan Ashton Danelz, that explains some of this (I’ve tidied things like punctuation a little):

Some of the guidelines established before shooting the film are (except photo studio scene):

Vanessa Donley delivers a heartrending performance as the unfortunate young woman whom a sheer ill fortune of birth (we assume) has deprived of much of her ability to interact fully with her world. Anna is a fully rounded human being, we perceive, but there are frustrations and limitations in her daily existence. And Daniel Higgins’ rendition of her father, a man driven to extremes of torment, has a sort of Grand Guignol splendor that is equally unforgettable. 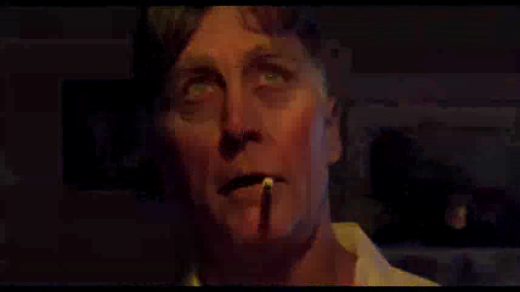 Director Hassan Said has a Vimeo page here. You can watch the movie itself here. The latter page lists the various recognitions that Mute has received: