The face of lab assistant Vera Grishchenko (Afanasyeva-Shevchuk) is hideously injured when a chemical experiment goes explosively awry. She and husband Pasha (Volkov) have no idea where they can find the money for plastic surgery until her kindly hospital doctor (Prozorovsky) tells her that famous cosmetic surgeon Maksim Pereslavsky (Liubimov) has noticed her plight and reckons she’d be the ideal candidate for a new technique he’s devised—and, since she’d be an experimental subject, there’d be no cost. Naturally she and Pasha agree like a shot.

After the surgery, when the bandages come off, Vera discovers her new face is nothing like her old. It is, however, very beautiful, so she reckons she’ll adapt to it in time.

Aleksandra Afanasyeva-Shevchuk as Vera — soon after the bandages come off 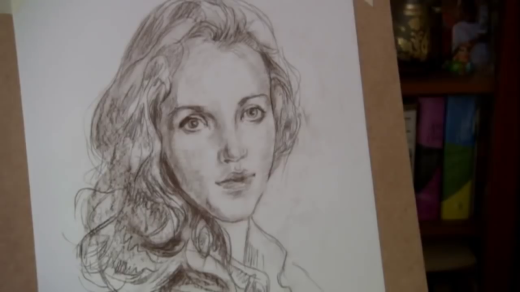 What she hasn’t expected is that Pasha will be the one who has difficulty adapting to the “new” Vera. He does try, at one point telling her that, now she’s lost her job, they should start a family—”You’ll have a baby girl looking exactly like you . . . er, I’m sorry”—but he has difficulty showing her affection and in finding any enthusiasm for sex: he loves and wants to make love to the Vera he married, not this beautiful “stranger.”

This element of the plot is weak. Most people, even men, are able to look beyond the packaging of their beloved, and those who aren’t would surely simply respond to the yummy babe in their bed.

Leave that aside. For the purposes of the story, Pasha, like a complete cad and ninny, emotionally deserts his wife at a time when she’s at her most vulnerable.

So Vera walks out on him. She lives with market-trader friend Katia (Ruchkina) for a while, and then—you could see this coming, couldn’t you?—falls into the arms and bed of the sultry surgeon, Maksim.

It doesn’t take a latter-day Nostradamus to work out some of the next few plot developments, either. After Maksim pressures her into getting her hair dyed and restyled, it’s pretty obvious what’s going on. Same goes for his insistence that she lose a few kilos, even though she looks just fine to me. And he has a closet full of clothes he supposedly bought for her, even though they’ve clearly been worn before. Oh, and there’s the odd way that strangers keep addressing her as Dasha and being puzzled when she tells them that’s not her name. Once or twice, in moments of passion, Maksim himself cries out the name Dasha. 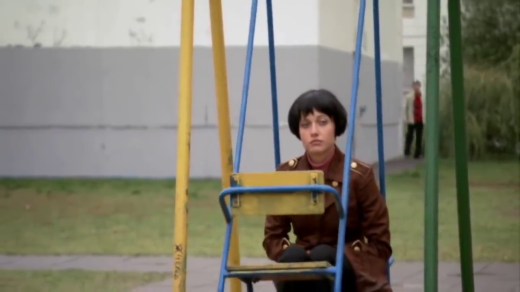 Aleksandra Afanasyeva-Shevchuk as Vera, after the makeover

Yes! You got it! The ethically challenged sawbones has given Vera the face of his wife Dasha (Afanasyeva-Shevchuk again), who died a few years ago in a car accident. Maksim, confronted by this fact, claims that it’s Vera whom he loves, rather than his memory of Dasha, but how can she believe him? And how can she believe him about the nature of Dasha’s death, especially after she finds on his laptop Dasha’s videoed suicide note: “He beat me again. . . . I’ll simply disappear in the Kuryan Plants drainpipe.”

By now, Maksim has become the complete control freak: she’s not allowed to leave the apartment on her own and is forced to sever all ties with previous friends, even including Katia. He’s also slurping up the sauce in truly unsurgeonly fashion: if he’s not careful, his next patient may turn out resembling Boris Karloff’s most famous character. 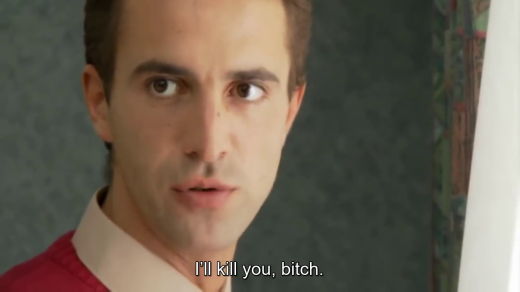 Meanwhile Pasha, having realized the error of his ways, is wandering all over town looking depressed and generally being a pain in the ass—at least, that’s what Katia tells him in a well deserved tirade.

There’s a happy ending coming down the pike, as you’d expect (although not so happy for Maksim, hurrah), but there’s a fair amount of twists and turns to work through before then—not least because Vera meets Dasha’s grandfather (Sternberg), who has an important part to play in the latter stages of the plot and indeed has played one in the backstory that Vera uncovers. 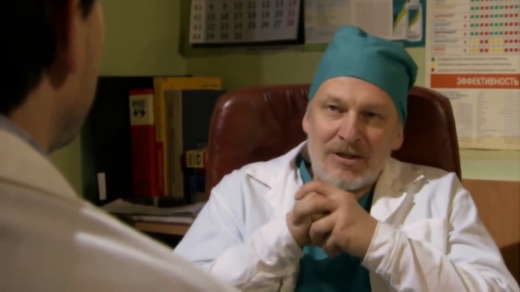 Nikita Prozorovsky as the hospital doctor

I’ve mentioned one bit of plotting that jars. In fact there are quite a few plot hiccups in the movie, right down to the most trivial level: Vera is discharged from hospital within mere minutes of her bandages coming off; at one point, in order not to slow down the action, Maksim leaves the apartment without tying the laces of the shoes he’s just put on; Vera thinks someone who’s just been shot dead and fallen into the harbor has merely lost their footing—that sort of thing.

I had zero difficulty forgiving those errors—and others—because I was enjoying the movie far too much to care. A good part of my enjoyment arose from the performance of Afanasyeva-Shevchuk in the dual role. She’s a very prolific actor on Russian screens, and it’s easy to see why: she’s not the striking beauty that the script of Drugoe Litso insists she is, but it’s easy to forget this because of her sheer magnetism—when she’s on the screen, which is most of the time, she completely owns it.

There are good support performances, too, from Dmitri Volkov as the wimpish husband and Elena Ruchkina as the forthright pal. Ilya Liubimov is appropriately vile as Maksim. Oleg Shklovsky gives a memorably creepy turn as Professor Slitzman, an elderly and distinguished plastic surgeon and outright lech, who treats Vera as a mere object—an object of scientific fascination (how did Maksim achieve those effects without leaving scars?) and a sex object whom he’d like to bed and assumes will want to be bedded by someone so eminent as himself. There’s a cameo from Igor Kirillov, famed Russian newscaster (thanks, Wikipedia!), playing himself.

Drugoe Litso was made for television, and it bears all the hallmarks (geddit?) of that origin, for good and bad. A production for the big screen might have ironed out a few of those plot glitches but might also have extinguished some of the movie’s spark.

And, if you want to have difficulty sleeping for the next few nights, watch Vera’s attempt to escape the apartment . . .