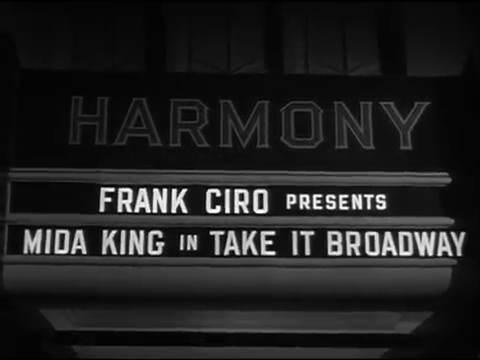 Mida King (Dane), showgirl star of a string of Broadway hits, is a relentless gold digger: she lures men, milks them dry, then dumps them. One of the luckless men, Turk (McNally), refused to be dumped, and so Mida framed him for murder and watched him get sent up the river. 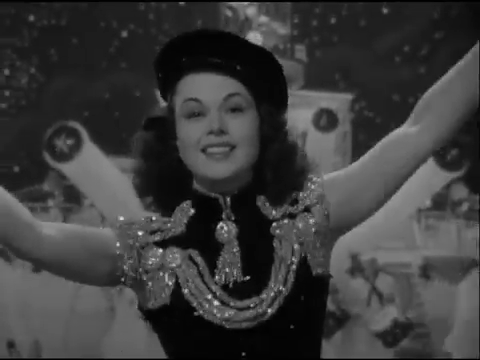 But now, en route to New York for a reopening of his trial, Turk escapes the train on which he was being transported and, from the gloomy depths of Grand Central Station, phones Mida’s dressing room at the Harmony Theater on Broadway and informs her sweetly that he’s on his way to kill her. 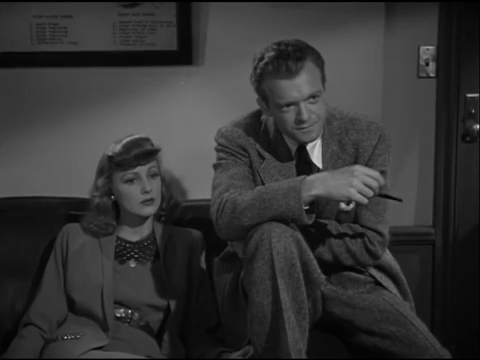 Not unnaturally sent into a panic, Mida runs out on the second act of her current show and heads for Grand Central and the private railcar owned by her current fiancé, rich smoothie David V. Henderson (Daniels). Not so very long later, David and the longtime fiancée he dumped in Mida’s favor, Constance Furness (Parker), discover Mida’s corpse naked in the bathroom of the railcar.

But the railcar was locked from within.

And even the medical examiner can’t initially establish how Mida was killed.

Inspector Gunther (Levene) is soon on the job, and rounds up all the possible suspects. These include PI “Rocky” Custer (Heflin), Rocky’s wife/assistant Sue “Butch” Custer (Grey) and a wearisomely large assortment of others:

Betty Wells as Baby Delroy and Sam Levene as Gunther 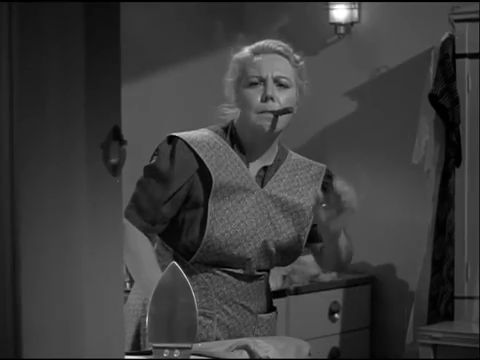 We’re given the backstory to Mida’s murder through flashbacks corresponding to the reminiscences of some of these characters, notably Pearl. Inconsistencies emerge in the characters’ accounts of their actions—all the usual stuff you’d expect in a whodunnit. The episode set in Gunther’s office is a very long one and essentially, despite various comings and goings and some attempted humor (much of the latter centered around attempts by Gunther’s dumb-cop sidekick Detective Arthur Doolin [Mitchell] to placate his girlfriend over the phone), a very static one.

The length of this sequence is symptomatic of the way the movie doesn’t seem to know quite how to tell its own story. We’re next taken, at Rocky’s instigation, to the theater for more talk, more reminiscence and more irrelevant, desultory action. 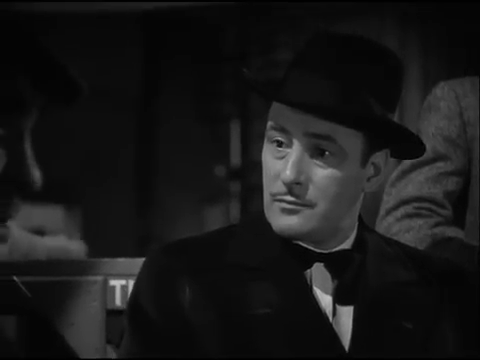 Finally, again at Rocky’s suggestion, everyone goes to the railroad car in Grand Central, where much the same pattern is repeated until, at last, there’s the drama of the denouement: Rocky solves the case, not only of who committed the locked-room murder but of how it was done.

This rickety three-act structure—plus a prologue—would suggest the script was originally written for the stage and then adapted for the screen, but I can find no evidence this was the case. The effect of the ponderous structure is to infuse the movie with a sort of apathetic lassitude—I found I was checking the clock often to see how long there was to go—such that even Van Heflin’s periodic efforts to inject some energy into the proceedings get nowhere, like a fine actor failing to warm up a cold audience. Virginia Grey, usually reliable, is given nothing to work with here. The only other actor who sparks is Betty Wells as the soubrette. 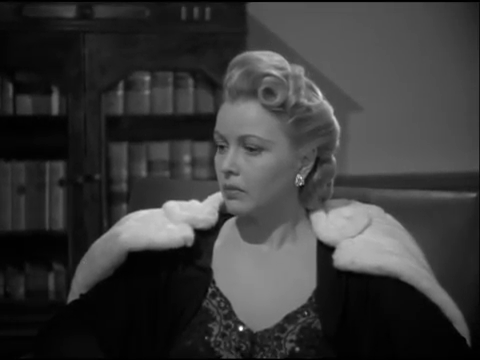 The action in the movie’s “theater” section, such as it is—a brief and pointless brawl between Rocky and Frankie, an attempted stickup by Turk, soon defused—is so blatantly just a tacked-on device designed in hopes of reawakening our flagging interest that, ironically, it merely makes matters worse. I began wishing the movie had been made by PRC or Monogram, studios whose Z-feature offerings were very often (far from always) crapola but who usually got basics like pacing and plot development approximately right.

And, sure enough, who should turn up in an uncredited bit part but Tom Dugan, veteran Poverty Row actor, who knew all about B-movies with dumb cops in them because he was often the dumb cop. Here, though, he’s Eric “Schnelly the Mooch” Schneller, a dubious underworld figure who’s an integral part of Frankie Ciro’s alibi. He gives Schnelly the Mooch a verbal tic in a hackneyed attempt to infuse life into the part, but it flops. 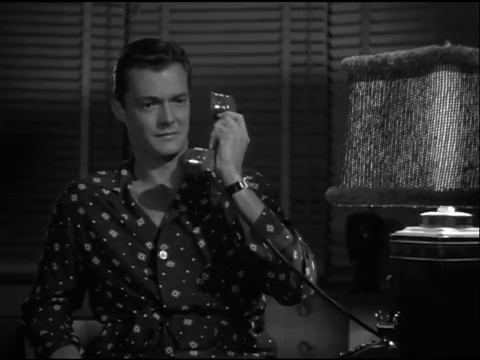 Every now and then a bit of dialogue or a piece of microplotting transcends the drabness of the rest. For example, Pearl explains that the murdered woman, who from the start of her career was totally open to intimates like Pearl about her gold-digging intentions, renamed herself Mida King because of the legend of King Midas. And, adds Pearl: