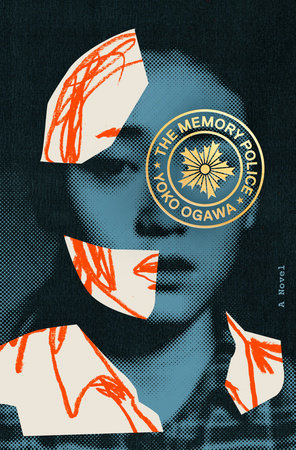 I checked just now and discovered it was a couple of years ago that I read Ogawa’s The Housekeeper and the Professor, something that surprised me because the novel is still so fresh in my mind that I could have sworn I’d read it more recently. True, in the interim (this past Christmas Day, in fact) I’ve watched the marvelous movie that was made from that novel, Hakase no Aishita Sûshiki (2006; vt The Professor and his Beloved Equation); just a couple of days ago my wife remarked to me that it was her favorite of all the movies she’d seen last year.

In short, I loved The Housekeeper and the Professor so much that I was actually a bit nervous about starting The Memory Police in case I was setting myself up for a major disappointment.

I needn’t have worried. If anything I like The Memory Police even more than I did The Housekeeper and the Professor . . . although that’s a slightly (slightly?) fatuous statement, because they’re two such very different books.

The unnamed narrator is a novelist who lives on an unnamed island that we guess is perhaps somewhere at the southern end of the Japanese archipelago. Every now and then, one or another class of object disappears — or, rather, “is disappeared” — from the island. One time it might be roses, another birds, yet another emeralds or music boxes or ferries or harmonicas or . . . The creatures or objects do not immediately vanish: people forget their purpose or meaning — for example, they might still see a fluttering feathery object but have no residue of the “birdhood” concept — and then must clear the physical manifestations away, as with a huge, island-wide book-burning when the concept of “novels” is disappeared.

The ruthless, fascistic Memory Police are at hand to make sure all these physical leftovers are indeed disposed of, and also to crack down on those few people who, through genetics or otherwise, are immune to the island-wide forgetfulness. The Memory Police, on catching such individuals, spirit away them and anyone who has tried to shelter them to an unknown place whence there have never been any returnees.

Now the novelist narrator and an elderly ferryless ferryman friend of hers determine to conceal from the attentions of the Memory Police her editor, R, whom she has discovered is one of the freaks of nature who can clearly remember the past. She and her ferryman friend build a secret room in her house. The novelist and the ferryman become R’s sole contact with the outside world. R carries on editing the novelist’s latest novel, chunks of which we read interspersed amid the main tale, until she’s suddenly left stranded the day that the concept of novels is disappeared. Thereafter his self-designated task is to somehow stimulate her into resurfacing from the pool of her memory all the things she’s forgotten about, including novels, so that she can finish the book.

The Memory Police has been widely compared — including in the cover blurb — to George Orwell’s Nineteen Eighty-four, and there are certainly strong echoes of Orwell’s Thought Police; but I think an apter comparison might be with Ray Bradbury’s Fahrenheit 451. Whereas the evil overlords in Orwell’s novel are intent on stamping out individuality among their thralls, in the Bradbury book and in this one it’s really culture and creativity that are the focus of the extermination project. (Obviously those are part of Big Brother’s target too, but the accent’s different.)

In terms of ambience, too, the Bradbury and Ogawa novels are more similar: Orwell’s satire gives us a very gritty, credible, all too real world of 1984. Bradbury and Ogawa are more content to let their allegory show on the surface: We can be swallowed up entirely by the worlds the two novels create in an act of suspension of disbelief: we don’t necessarily believe those worlds could actually come into being. (Although every now and then, when some pinhead starts burning books or calling for the persecution of intellectuals . . .)

For me The Memory Police made compulsive reading. Every now and again I’d emerge from it into the real world, gulping like a netted fish, before returning to the strange, dreamlike island and the events there, exquisitely described in Ogawa’s (and translator Stephen Snyder’s) limpidly simple, musical, almost childish-seeming prose. I found the book really quite profoundly affecting, and I’m sure its feelings of paranoia and unrectifiable loss will remain with me for a very long time.

One question: It’s taken 25 years for The Memory Police to be translated from Japanese into English. Ogawa is a hugely popular writer, so why on earth the long delay? Why have just five of her score or so books been issued in English translation? I see the French are way ahead of us on this. I still have her short novel Hotel Iris and her story collection Revenge to go, but after that I may have to see if the remains of my schoolboy French have survived the extirpatory efforts of the Memory Police . . .