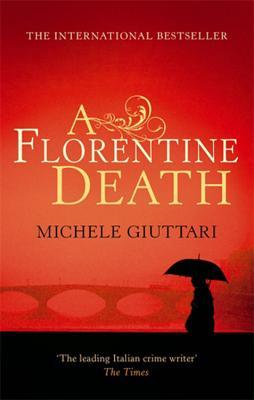 Author Michele Giuttari was for a time a top cop in Florence, and led investigations including that of the celebrated Monster of Florence serial killings. In his Afterword to this, his debut novel, Giuttari admits that his hero, a Florentine top cop called Michele Ferrara, is an idealized version of himself. This is a worthwhile admission since throughout the novel there are mentions of Ferrara having earlier investigated the Monster of Florence case, and indeed some justifications of the conclusions he came to — whatever his damnfool detractors might say, sorta thing.

Now, though, Ferrara is investigating a series of mutilatory killings of gay men. Moreover, he’s receiving threatening anonymous notes that seem to be from the killer. Oh, and there are clues in the mutilations perpetrated on the corpses that point to the killer’s plan being for Ferrara himself to be the final victim of the diabolical scheme.

It become clear quite early on who the killer must be and, although I halfway convinced myself there might be a sudden twist at the end to show how cleverly the author had red-herringed me, it was not to be. So this isn’t at all a whodunnit nor even a howdunnit: it must be judged as a whydunnit. And here I feel it doesn’t really come up to scratch. While I could accept the killer’s motivation for wanting to off Ferrara, the remainder of the psychological explanations offered for what underlay his crimes seemed trite or even a tad leaky.

Ferrara himself is not homophobic, and I assume the same is true of Giuttari. However, Giuttari doesn’t flinch from portraying homophobia among the community of cops nor the prevalence of homophobia within Italian society as a whole. Fingers crossed that attitudes have improved there over the past fifteen years or so since the novel was published.

A lot of the characters here, Ferrara included, are not particularly likeable. To my distress, the one character I really liked a lot got bumped off toward the end. Although I was upset, I actually regarded it as to the book’s credit: a timely reminder that in real life the victims of murderers aren’t just people we don’t know or, as so often presented in crime fiction, people who (ugh) “deserve what they get.”

For me, then, A Florentine Death was very much a curate’s egg of a book. Howard Curtis’s translation was serviceable and kept the pages turning, although two or three times I was puzzled, as by this sentence (p305): “The main buildings, two semicircular blocks a short distance from each other, were longer the higher they went, like football terraces.”

By the way, not so very long after the publication of A Florentine Death, the Italian courts concluded that in fact Michele Giuttari’s theories in the Monster of Florence case — they concerned a Satanic cult — were bonkers, and he was publicly castigated. This does add a level of interest to the novel, because here we see, unadulterated, “Ferrara’s” side of a lost cause.