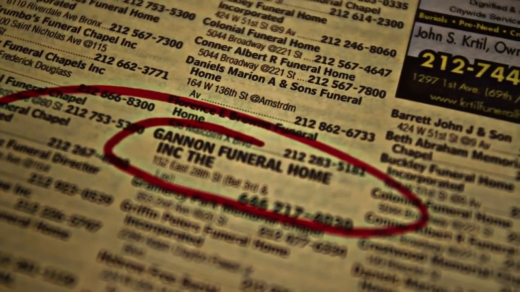 Professional woman Kristin (Konkle) is phoned late one night by a man (Schram), identifying himself only as “3D,” who demands her help because he plans to commit suicide within the next half-hour or so. When she declares herself unable to help a complete stranger by telephone in these circumstances, he becomes increasingly aggressive toward her, portraying her as inadequate and implying that it’ll be because of her inadequacy that he dies.

Finally he presents her with a riddle concerning two passengers in an elevator, telling her that if she can solve it she’ll have a key to saving his life. She offers two valid solutions to the riddle, of which he accepts the second, but still she can’t work out how the solution can help her help him . . .

Anna Konkle is superb as the persecuted Kristin. Christopher Schram’s performance as her persecutor seemed so rebarbative to me that I found myself murmuring to her just to slam the phone down and be rid of him, and I had a very similar irritation with the sound recording/editing. According to the (typo-packed) closing credits the final sound mix was “recored” at Gimmedat Media in Lawrenceville, Georgia; perhaps its problem is that sound editor David Chin overworked on producing clarity, thereby forfeiting naturalness.

Christopher Schram as 3D, with The Last Man on Earth (1964) playing behind

Both Kristin and 3D, in their separate apartments, have as their sole companions old black-and-white items playing on the TV. For those who’re interested, the video clips concerned come from The Last Man on Earth (1964) dir Ubaldo Ragona, SUDDENLY (1954) dir Lewis Allen, and an unidentified episode of The Jack Benny Show. 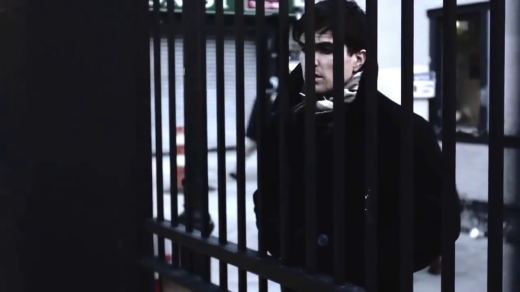