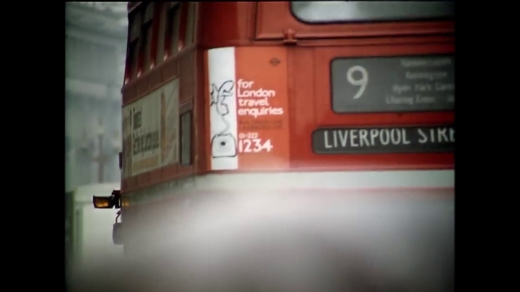 When retired spy Anthony “Tony” Lawrence (Wagner) turns down a recruitment offer made to him by sophisticatedly scuzzy Malcolm de Vere (Elliott), he’s electronically disabled and flown to an island castle somewhere off the Scottish coast that fronts for the hi-tech lair of Ernst Blofeld Madame Sin (Davis).

Madame Sin is a criminal mastermind who’s surrounded herself with scientists, at least one of them officially dead, who’re capable of doing the most alarming things with technology. It’s through using one of their gadgets, an ultrasound gun capable of sending people into a seemingly drugged semi-coma, that de Vere’s henchwomen, disguised as fetching nuns, disabled Tony so de Vere and sidekick Monk (Sutton) can abduct him. 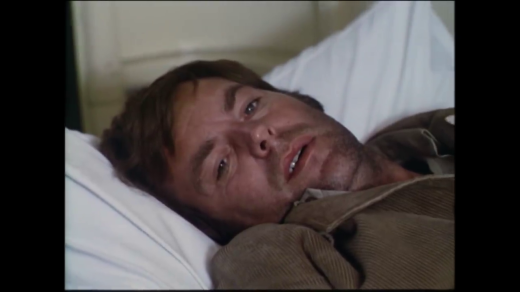 Tony was lucky, Madame Sin assures him. Turn up the volume on the gadget and it can melt people’s brains!

The other gadget that’s important to the plot is, so far as I can deduce, an electronic brainwashing device. Whatever its underlying technological principle, it can transmit information into someone’s brain in the form of new memories, if necessary erasing the existing ones; the first time we see its effects is when it’s used to gift Madame Sin’s young Chinese housekeeper Nikko (Lim) the memory of a Mozart piano sonata and the ability to play it. In fact, Nikko’s entire current personality has been “implanted into her brain by that clever little gadget,” as de Vere tells us.

One of the movie’s most interesting exchanges occurs at that point. Tony says in disgust that, through erasing Nikko’s earlier personality, Madame Sin has essentially committed murder. In response, Madame Sin spells out enough of what Nikko suffered in childhood to make a good case for the erasure of the young woman’s horrific earlier memories. But Madame Sin goes further: Before Tony judges her, he should perhaps look at the murders he and his colleagues committed while he was in the Agency. He might wish to ask himself if his own villainies aren’t as bad as anything she has done.

And there’s one Agency murder in particular he might want to think about. Tony left the Agency after his girlfriend, Barbara, also a spy, fell into the hands of the Chinese and was tortured to death. Madame Sin shows him film that convinces him it was his old boss, Connors (Maxwell), who betrayed Barbara to the Chinese torturers as part of a disinformation exercise. 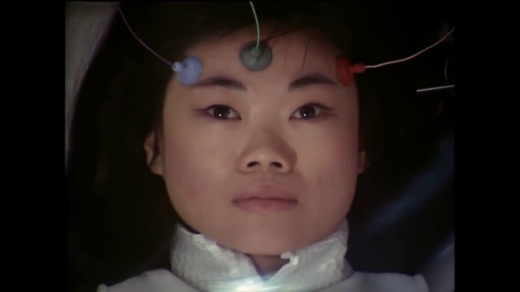 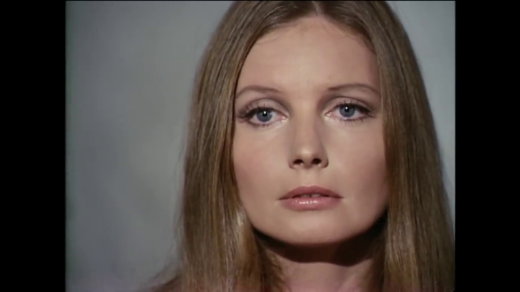 So when Madame Sin says, “I want you to help me hijack a Polaris submarine,” a furious, embittered Tony is all ready to help her if it’ll be spitting in the eye of his old employers.

Madame Sin knows that one of Tony’s old friends, Commander Teddy Cavendish (Jackson), is commander of the nuclear sub Starfish, currently stationed at the nearby Royal Navy base H.M.S. Cromwell . . .

Madame Sin was apparently intended to be the pilot for a TV series, but the series was never made. It was premiered as a standalone on ABC television, but released theatrically in several other countries. It’s rather hard to guess where the series could have gone from here, thanks to a startling twist at the end. It’s a surprise to learn that Wagner executive-produced.

Oops — what’s that at top left?

Obviously this was aimed at the audience for James Bond movies and, perhaps more pertinently, fans of the popular TV show The Man from U.N.C.L.E. (105 episodes, 1964–8). However, the plot—even if we ignore some staggering loopholes (why didn’t the Navy go pick up the limo and discover the cause of the double-puncture?)—is such as to make the Bond movies seem like le Carre. Although Davis has a ball being wicked in all directions, and Elliott likewise, the movie doesn’t have the surreal quirkiness that might have made the plot work: it’s an Avengers-type plot without that series’ flair and wit.

Although intended for the US market, this was a UK production with a largely UK cast. The location work was done on the Inner Hebridean island of Mull. 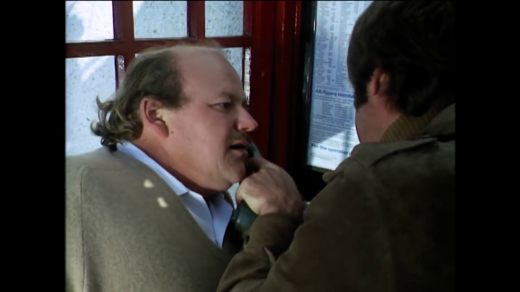 Roy Kinnear as a befuddled holidaymaker.

Burt Kwouk as one of Madame Sin’s operatives.

There are some pleasing little cameos from stalwarts of the UK acting profession. Roy Kinnear plays a harassed holidaymaker dragooned by a temporarily deafened Tony into making a phonecall to the Agency for help. Burt Kwouk, best known as Cato in the Pink Panther movies, appears near the end as one of Madame Sin’s operatives.

It occurred to me while watching Madame Sin that Bette Davis, had she lived long enough, would have made a wonderful casting choice for a movie about Margaret Thatcher.