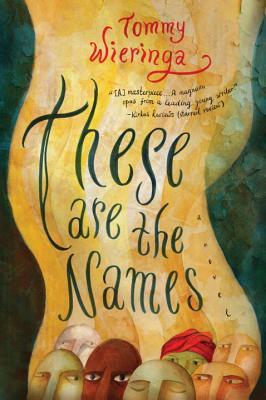 A dark, strangely put-together novel that it took me some while to decide whether or not I liked.

The setting is some undefined Eastern European country that’s still affected by its memories of decades under the Soviet thrall. In the city of Michailopol the chief cop is Pontus Beg, a dyspeptic middle-aged man who screws his housekeeper once a month, despite her betrothal elsewhere, and who offers us an odd dichotomy of a brute who’s ever ready to resort to violence and an autodidactic reader of esoteric philosophy. After a while he discovers that he’s Jewish, in that his mother, although concealing her religion, was a Jew. Beg must work out if he’s pleased or displeased by this discovery, soon concluding that he likes the notion — especially since being Jewish gives him an excuse, with the help of the last local rabbi, to delve into the Torah and thus supplement his hobby.

That’s the setup for one strand of the plot.

The other strand, told in alternate chapters for much of the book’s extent, concerns a group of victims of a gang of conscienceless people-smugglers. The smugglers’ modus operandi is to convince their clients they’ve been stealthily passed through the border dividing their own country from the West, then point them at the barren tracts of the steppe and lie to them that they’ll find civilization just the other side of the next hill. As the smugglers calculate, there will be almost no survivors of this trick; and, indeed, most of the group we meet have already died and more will die soon.

The first two-thirds or so of the book, while we’re (as noted) following these two plot strands in alternate chapters, are, while never anything less than extremely readable (all credit to translator Sam Garrett), nonetheless I felt something of a mess. In particular, while Pontus Beg’s story has plenty of event and philosophical exploration going on, that of the destitute pilgrims seems on occasion padded out — as if the occasional chapter is merely serving as a filler to satisfy the “alternate” structure before we return to Pontus Beg. Moreover, the tale of the refugees, while bleakly tragic, doesn’t initially seem pertinent.

We discover, as time goes on, that the tale of the itinerants is important to the rest because it serves as an allegorical modern-day re-enaction — at least in Pontus Beg’s eyes — of the Jews’ exodus from Egypt to the Promised Land, complete with the transportation of Joseph’s remains. Wieringa doesn’t just leave that allegory hanging for us to oo and ah at, either; their trek, and the actions of the refugees both during the journey and after their arrival, genuinely did cast light, to stimulating effect, on my own thinking about the Exodus and indeed about some orthodox Jewish tenets. (I’m not a Jew, far less an orthodox one, so the reaction of an educated reader might be quite different.)

There were some annoyances:

(a) While I understand it’s commonplace in the European languages when telling fictions, I find the habit of wobbling randomly between past and present tense — sometimes even within sentences and certainly often within paragraphs — to be sloppy, irritating and deeply unnecessary. It’s surely reasonable for translators into English to comply with the narrative rules of the translated-into language.

(b) Skin-color racism seems deeply ingrained among the inhabitants of the unnamed country (although antisemitism seems far less prevalent — that said, there are hardly any Jews left). This racism is rampant too among the itinerant group; indeed, one of them murders the sole black refugee in the party — despite his having played a Good Samaritan role and being by any objective (non-Randian) standard the best of them — and the rest cover up for the killer. Even Pontus Beg, a liberal in between the times he’s beating the shit out of luckless suspects, is wryly accepting of other people’s racism despite not subscribing to it himself. I found the racism a bit hard to take, especially since (for reasons I could understand) the author himself never took an opportunity to stomp down on it.

Those are my two main quibbles, alongside the apparent scrappiness of the earlier portion of the book. I came away from These Are the Names with, however, a very deep respect for the novel and what Tommy Wieringa was trying to do with it. And, even though the text refuses to allow itself to be taken as mere intellectual wallpaper, it’s always very readable.