All that the cops have learned about the Slade Gang is that its leader is a guy called Slade. Little do they know that Slade isn’t a man, as they assume, but a ruthless dame (Anderson) . . . a ruthless dame with a scar on her face. 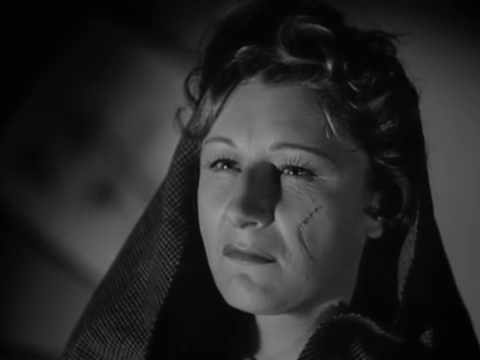 When the gang travel from their home turf, New York, to pull off a heist at the Pierce company in Chicago, knocking off James A. Pierce (Gordon) in the process, Chicago cop Lieutenant Bill Mason (O’Keefe) is sent to New York to try to track them down via an envelope of cash one of them has sent to a “Mrs. Mary Jordan” at the Leonard Sheldon Hotel there.

In New York he works with the NYPD’s Lieutenant Onslow (O’Flynn) and, at first reluctantly, with spunky press photographer—”photojournalist”—Ann Rogers (Neal). 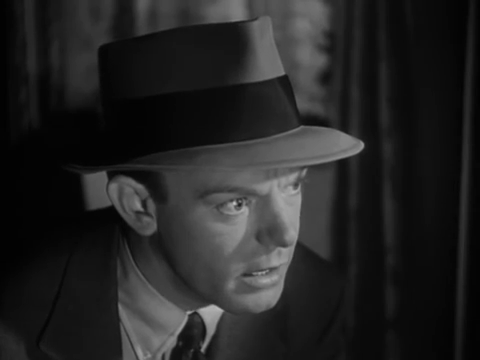 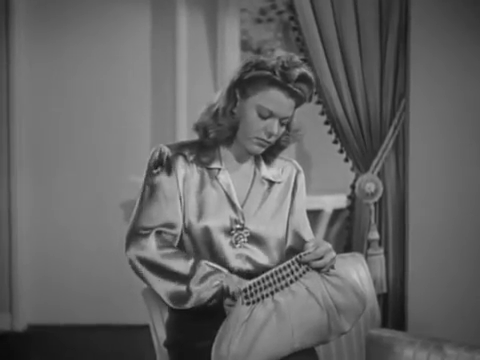 “Mrs. Mary Jordan” is in reality Ruby (Martin), girlfriend of one of the gang, set to check into the Leonard Sheldon Hotel as half of a married couple with George Atkins (Bonnell). There’s confusion at the staked-out hotel when genuine newlyweds Jimmy Powell (Brooks) and Mary Jordan Powell (Coles) register and ask if there’s a letter there for her under her maiden name . . .

Rand Brooks and Mildred Coles as Jimmy and Mary Powell. 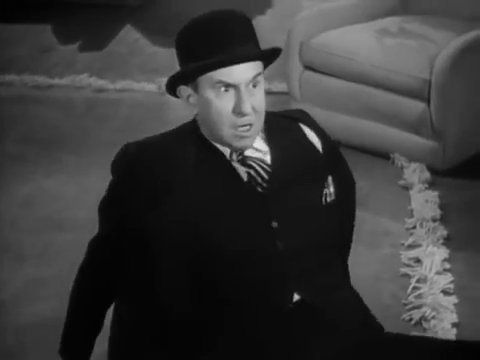 And, yes, there’s a car chase.

The movie’s entertaining enough, but very minor, and one can’t help feeling it’s a hell of a waste of Judith Anderson, even though she makes a great Lady Scarface. Anderson is of course best known as Mrs. Danvers in the previous year’s REBECCA (1940), but she appeared also in a bunch of other movies that have some noirish interest, most of them quite a lot better than Lady Scarface. Here are the ones I know about:

Eric Blore, who has a small role as part of the comedy relief, played the LONE WOLF’s sidekick and comic counterpart, Jamison, in most of the entries in the long-running series; the movies are of some associational interest. His other outings of (minor) genre interest are The MAN WHO WOULDN’T TALK (1940), SUBMARINE BASE (1943) and TWO IN THE DARK (1936).

Lady Scarface isn’t one of those movies that make you wish TCM ran commercials, but its resolute mediocrity is puzzling: RKO could do so much better than this, and often with lesser casts. One for Judith Anderson completists.