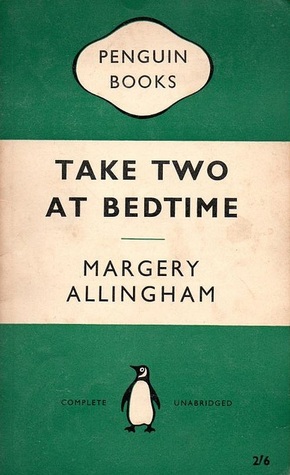 A double bill of two novellas from the immediate post-WWII years, both containing elements that are reflective of their time: in one it’s fairly central to the plot that a character is taking a long time to recover from a war wound, in the other that various central characters fled Europe and that one instead chose to fight in the French Resistance.

The first and shorter tale, Wanted: Someone Innocent (1945), sees naive young Gillie Brayton being recruited for a sort of non-job, little realizing she’s destined to be set up as a sort of Designated Other Woman and then, when that dastardly scheme fails, as patsy for a murder, or at best klutz responsible for a tragic accident. The second novella, both more substantial and more substantive, Last Call (1946), carries a sort of thematic echo of the first, as up-and-coming actress Margot Robert must sort out the goings-on, culminating in a poisoning, in a household headed by Margot’s guardian, the over-the-top and over-the-hill actress Mathilde “Zoff” Zoffany.

Both tales are mysteries, although I can’t imagine either would particularly satisfy readers seeking puzzles above all else. I didn’t find it especially hard to work out what was going on in either, although both — especially the latter — contained a final sting in the tail that caught me by surprise.

What entirely captivated me was the sheer quality of Allingham’s prose. The last couple of Allinghams I’ve read have been early works, deliberately chosen as such for reasons that now escape me. (One was fairly interesting, the other was pretty dreadful.) I’ve read Tiger in the Smoke several times and just about all of the other Campion novels at least once, but, even so, I’d forgotten just how well Allingham could write after she’d served her early apprenticeship. Of the two novellas here I preferred the second because, with its more complicated setup and plot and its larger cast of characters, there was ampler scope for Allingham’s narrative mastery to show its full colors.

These aren’t, to emphasize, core pieces of Allingham’s work, but they’re highly entertaining and certainly worth reading once you’ve exhausted the standard canon or if you’d like to dip your toe before plunging into a full-length novel.