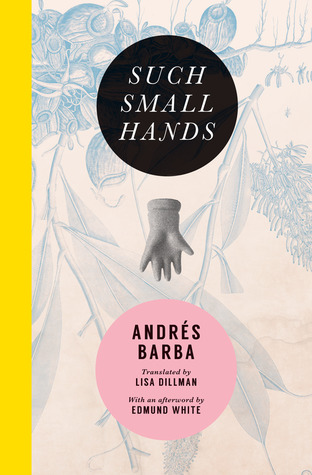 A strange little book, more like a longish novelette than even a novella. I’m still undecided as to whether I like it or not.

Aged seven, Marina survives the car crash that kills her mom and dad, and, after extensive surgery, is shipped off to an orphanage: “My father died instantly, and then my mother died in the hospital” is her catchphrase. Unlike the orphanages encountered almost everywhere else in fiction, this one is an enlightened establishment. Even so, the pre-existing residents, all girls about Marina’s age, regard her as the odd one out, a disturbing influence, and bully her a bit. At the same time, because of her strangeness and her past, she has a power over them. When she suggests a new game, one based on the dolly who “survived” the crash with her, they have no choice but to go along . . .

In his epilogue Edmund White tells us — and to be honest it’s neither here nor there — that this tale is based on a real event that happened in Brazil in the 1960s. Really, though, the story itself isn’t the reason why you’d want to read the book: it’s there, and it’s a story, but it’s almost a plot-fragment rather than a plot.

Neither, I’d say, is the writing style any great draw: it has that irritating European habit of swapping tenses the whole time as if this is somehow clever rather than just a sort of acne-pocked teenager’s attempt to defy convention. According to otherwise excellent translator Lisa Dillman (who provides the more interesting of the book’s two afterwords), she consulted extensively with author Andrés Barba about the use of tenses; in my view, she’d have been better to explain firmly to him the job of a translator, which is to produce a book that’s in English rather than in an English version of Spanish.

It’s easy enough to read Such Small Hands/Las Manos Pequeñas at a sitting and, because it’s so compact, it does have an undeniable impact. I’m not sure it deserves all the praise that has been heaped upon it, but I respect it as the brave little oddity it is.