|
A moron’s act of violence initiates a years-long cycle of tragedy!
|

A Z-movie that punches very far above its weight in most respects, this somehow transcends its hackneyed trope of a young woman spiralling inexorably downward into degradation.

Its introduction doesn’t inspire much confidence that this might be the case, consisting as it does of the cliché of a po-faced narrator (Wilson) telling us earnestly that the movie’s contents are, despite the promises of sensationalism that lured us into the cinema, both serious and high-minded:

The picture you are about to witness is based on newspaper and court records. It is a true story. To protect the innocent, some of the names, places and incidents have been changed. 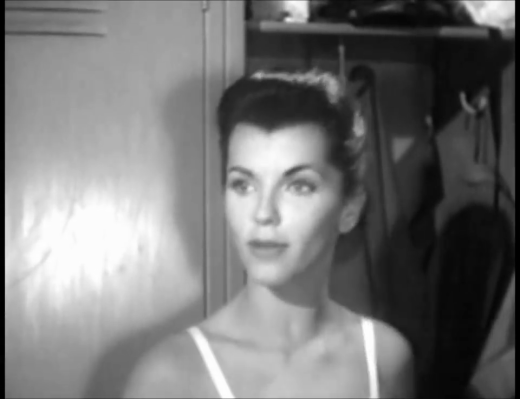 However, football jock Johnny (Harris) believes that, as the star of their high school team, he’s entitled to first dibs on the pretty girls. Maddened by her understandable refusal to have anything to do with him, one night he abducts and violently sexually assaults her. And, as she recovers in hospital, her foster parents reject the girl, covering their cruelty in a cloak of Christian virtue:

It’s all her fault, you see. I can’t recall the bit in the Bible where Jesus told us we should kick people when they’re down, but clearly the Watkinses were able to locate it in their own copy.

Lacking the option of other foster homes, Dixie’s sent to the Holland Home for Girls to await her 18th birthday. On that happy day, she’s released into the care of Linda Dietrich (Bernay), a Holland Home alumna with the generous habit of helping other girls make the transition into the outside world. Linda’s boss, advertising supremo Leo Hildebrand (uncredited), persuades Dixie her future lies in winning beauty contests and using the fame to sell herself as an advertising model. 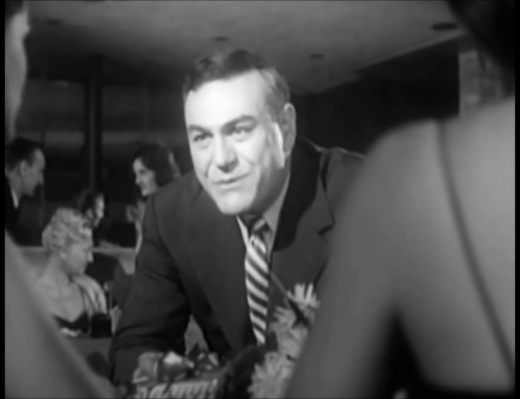 Sure enough, Dixie wins her first beauty pageant. As she and Leo celebrate that night at a club with Linda and Linda’s steady, Scott Timmins (uncredited), Dixie catches the eye not just of club crooner Sammy Mannis (self), who dedicates his new song, “Don’t Ever Change,” to her, but of customer Chuck Logan (Campbell). 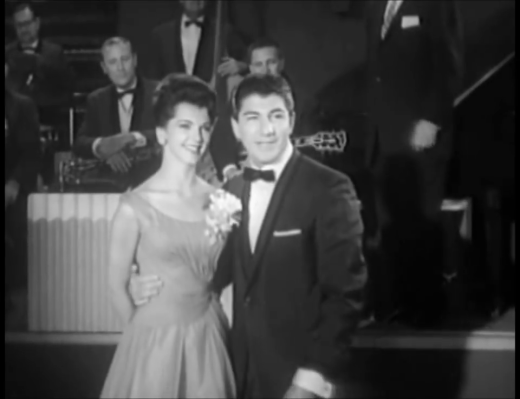 Chuck (William Campbell) gets his first eyeful of Dixie.

Chuck is personable and seemingly wealthy, and after a whirlwind week-long romance he persuades Dixie to marry him—in secret, because marriage would disqualify her from the upcoming Miss Colorado tournament and, beyond that, the Miss America extravaganza. What Dixie doesn’t realize until too late is that Chuck is also an escaped convict and a psycho. 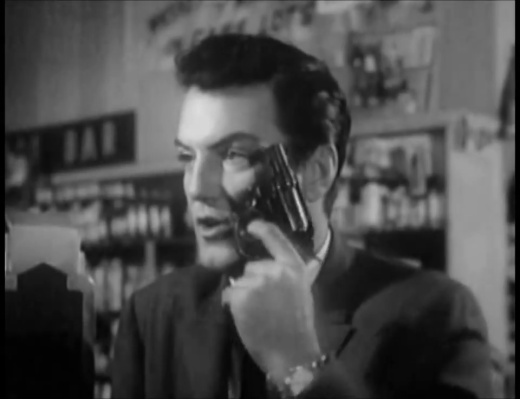 With Chuck nabbed by the cops in the wake of a sadistic kidnapping and herself no longer eligible for Miss Anything, Dixie flees in shame from her life with Linda and becomes a low-grade stripper. After an altercation with a client drunkenly maddened by her refusal to “cooperate” lands her in the hospital, her life would seem to have no lower it could go.

Or maybe not. On Dixie’s release, her landlady suggests the oldest profession as an option, but instead Dixie sticks up a liquor store. As an amateur, she makes a botched job of this, of course, and the DA has little interest in taking account of her youth and misfortunes, so . . .

Night of Evil enjoys the considerable benefit of a surprisingly smart and well crafted screenplay—at least for the first two-thirds or so of its running time, before the obligations of its low-budget genre kick in: cops doing their stuff, a shootout, tough-guy exchanges between crooks, the usual. It’s unlikely to be a coincidence that the movie’s staging and pacing, respectively more-than-competent and exemplary up until this point, likewise now become less assured. This isn’t to say that Night of Evil degenerates into a shambles—far from it—simply that it’s no longer able to retain its own earlier (relatively) high standards. 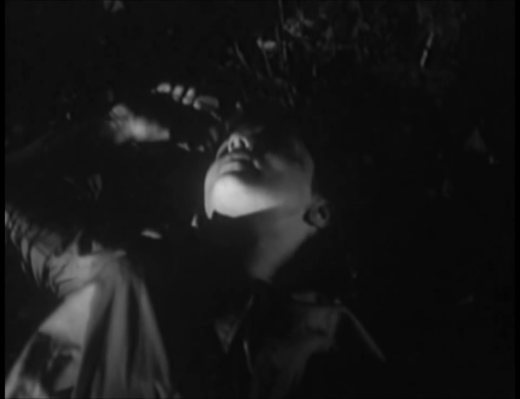 As for the acting in the later stages, with Campbell now permanently and the estimable Bernay temporarily out of the picture, it’s left to Gaye to carry the burden of proceedings; this she does quite well for the most part, but there are times of uncertainty, as during her big court scene, where she seems not quite to know who she’s supposed to be, fallen firecracker or tragic waif.

One shouldn’t give too much weight to this decline during the movie’s last reel; there are plenty of far better known movies that are less well assembled. And what makes Night of Evil I think rather special is that there’s never any suggestion that Dixie’s fall might be due to a defect of her own—any weak-willedness, perhaps, or inherent propensity for sin. The movie’s narrative places the blame squarely on the narcissistic jock who raped her back in high school (on the title’s night of evil), the foster parents who assumed the worst of their almost painfully dutiful foster child and dumped her without a thought at the moment she most needed them, the man whom she trusted enough to marry, and all the other betrayers and horrid quirks of happenstance that thwarted her attempts to lead a reasonable life.

In other words, the writer and director use the ingredients of the exploitation genre to create instead what’s quite a serious movie, one that contemplates the consequences of a sexual aggressor’s moronic act of violence—an act that he himself likely thought was one to brag about. All the way through to the end, it’s clear that Night of Evil’s heart lies with Dixie, not with judgmental, small-minded ideas of rigid morality, and the movie keeps our hearts there too. 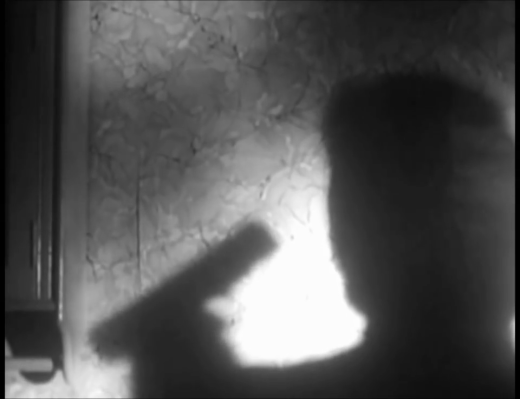