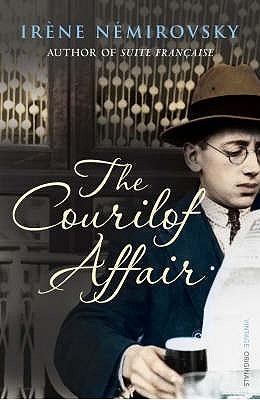 An absorbing political novel by the author whose Fire in the Blood I so much enjoyed a couple of months ago.

The tale is told in extended flashback toward the end of his life by Léon M (aka Marcel Legrand), who was part of the struggle against Tsarist tyranny in the years before the Russian Revolution and who became a senior officer in the secret police under the Soviets. In specific, he tells us how in 1903 he was instructed to assassinate the Tsar’s Minister of Education, Courilof, in retaliation for the latter’s brutal crackdowns on students protesting in favor of greater freedom.

Under the name Legrand, M infiltrates himself into Courilof’s household as his new, Swiss personal physician and gives the “Killer Whale” palliative care for his developing liver cancer. Despite himself, “Legrand” becomes a principal confidant to Courilof, sharing the man’s miseries and furies as he copes with the whims of a fickle, disloyal and none too intelligent Tsar Nicholas. Even more against his inclinations, as he waits for the order to kill, M discovers himself sympathizing with Courilof, understanding why he has taken some of the draconian actions he has, and admiring his steadfast loyalty to the ex-chanteuse wife whom most of the rest of the court despises.

When the scheduled time comes, will M be able to bring himself to assassinate a man for whom he’s come to feel such great affection . . .?

What gives this book its depth — its moral force, if you like — is that we learn from M how, during his later years as a police chief, he was every bit as ruthless as Courilof — more so, in fact — and that he, too, felt at the time that his actions were necessary, the only right course if the public weal were to be upheld. Just as Courilof had maintained an unswerving loyalty to the Tsar (or to the idea of the Tsar), so did M act out of loyalty to the Soviet ideal without ever being able to step back and realize he was perpetuating not the good of the people but a tyranny — that Russia had merely replaced one tyranny by another. Now, nearing the end of his life, M is able to see there’s really not so much difference between himself and Courilof, that the seemingly irrational instincts which in 1903 made him come to feel almost brotherly sentiments toward the Killer Whale weren’t so irrational after all.

Sandra Smith’s translation has a delightful, cool lucidity that I assume is carried over from the original; that said, I didn’t feel the English text had quite the same fluency as in Fire in the Blood, and once or twice I winced at momentary instances of clumsiness. But that’s a very small grouch.

Some may find the portrayal of antisemitism in Tsarist Russia hard to stomach — it’s conveyed primarily through offhand remarks that make it clear communists and Jews were equally despicable in the eyes of the ruling classes — but I found it if anything underplayed. Let’s not forget that this was an era in which antisemitic pogroms, many with tacit official support and at least some of them spurred by the authorities, claimed the lives of thousands of Russian Jews. Némirovsky knew of what she wrote, being herself a Russian Jew.

I found The Courilof Affair completely engrossing. It’s by no means a thriller — it has other intentions — but it held me as rapt as many a thriller has.

One thought on “book: The Courilof Affair (1933; trans 2008 Sandra Smith) by Irène Némirovsky”