A slight movie of fairly minimal noirish interest but a fun little number nevertheless, and definitely worth a few words here.

Successful con trickster Geoffrey Holden (Corrigan) cares about one thing and one thing only: the happiness of his five-year-old granddaughter Susan (played with your-supper-endangering cuteness by Perreau), whom he adopted after her parents died when she was tiny. Grandfather and granddaughter adore each other.

But circumstances are beginning to close in on the Holdens’ idyll. Corky Corcoran (Marshall), the glamorous young nurse who looks after Susan, has a new boyfriend, Tim Quaine (Duane), who just happens to be a lieutenant on the Bunco Squad. It doesn’t take more than a couple of slips on old man Holden’s part to clue Tim in to the fact that he’s a conman.

Gi-Gi Perreau as Susan and Michael Duane as Tim.

And, to make things worse, Geoffrey’s battle-ax distant cousin, Elizabeth Christens (Ivan), who knows where all the (metaphorical) bodies are buried, arrives on the scene with blackmail in mind . . .

I’m always something of a sucker for bunco fictions, whether printed or on the screen, and, while the first couple of con tricks we see here are pretty standard stuff you’ll doubtless have encountered before, the old rogue’s final elaborate scheme, whereby he solves all of the problems that might beset Susan, is an artifact of near-beauty. 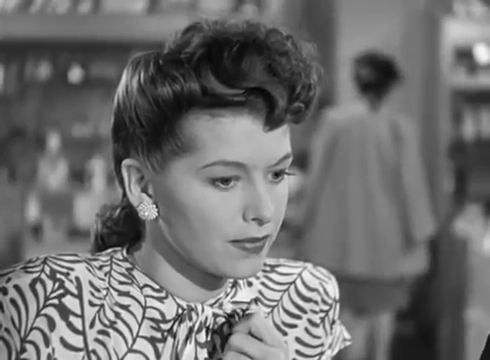 Lloyd Corrigan was very good at this sort of thing—the genial old buffer whom we like even though we shouldn’t—and he’s well matched by the rest of the cast, including the Walter Matthau-like Alan Bridge as Geoffrey’s friend and partner in crime, Sam Bartlett. A little of Gi-Gi Perreau goes a very long way for me, but Rosalind Ivan shines as the ghastly Cousin Elizabeth and I was much impressed by Michael Duane, an actor I haven’t especially noticed before, although I see he featured in The SECRET OF THE WHISTLER (1946) and took the lead in The RETURN OF THE WHISTLER (1948)—just shows how long it is since I last watched either.

The screenplay could be a bit sharper—in particular, there’s one scene between Geoffrey and Susan that seems to cloy on forever—but it’s entertaining enough in its amiable manner.

All in all, this is one of those support fillers that likely most cinemagoers had largely forgotten by the time they were twenty minutes into the main feature, but, as with so many of the minor movies discussed on this site, it knows what it’s trying to do and succeeds in doing it pretty well.

Gigi Perreau, to give her the usual spelling of her forename, is still at work, although these days seemingly mostly as a voice actor for animations. I’m hoping she’s mellowed with age. 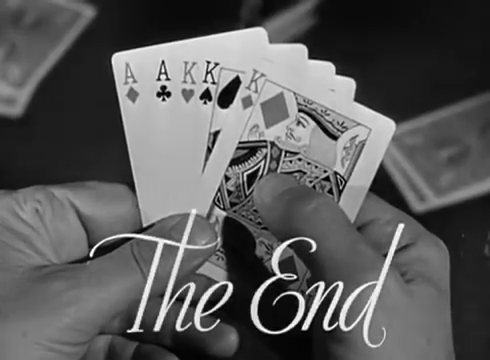