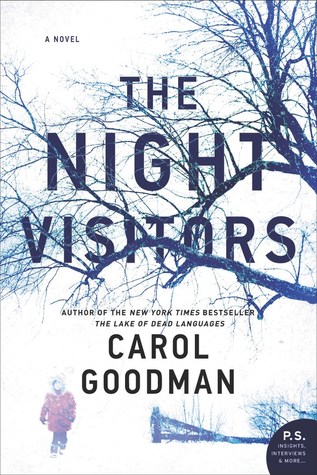 I try to make a point in my leisure reading of being haphazard: I pick up each new book as I stalk the shelves or prowl the library because I fancy it <i>in that moment</i> and not because it’s part of a series I’ve enjoyed before, or leads on from the book I’ve just read, or whatever else. I guess this is a reaction to the fact that so much of my reading life is tied up doing research for the nonfiction books I write, and therefore necessarily structured. Yes, I do break my own fiction-reading rules from time to time, as with the Ngaio Marsh and Margaret Millar “seasons” I recently allowed myself, but most often the process is random.

Which makes it odd how frequently I find parallels between two books read in close proximity.

I don’t think this is because, von Daniken-like, I’m seeing parallels because I want to see parallels — i.e., seeing parallels that don’t actually exist. I think part of what’s going on is that so many modern novels, genre or otherwise, tend to explore a fairly limited number of themes (an unreliable narrator! suppressed childhood trauma!) while the other part is just straightforward serendipity.

Just a few days ago I was reading (and loving) Johan Theorin’s The Darkest Room, a book that’s primarily a crime/thriller novel but that could, if you so wished it, be read as a ghost story. And now I’ve read Carol Goodman’s The Night Visitors, a book that’s actually a ghost story but that’s also a tremendous crime thriller.

Alice and ten-year-old Oren are on the run from Ridgewood, NJ, and Oren’s abusive father, Davis. They arrive in a small Upper New York State town seeking sanctuary, and are met by elderly spinster Mattie Lane, a thoroughly good person who’s spent most of her inherited fortune setting up lifelines and refuges for spouses and children who’re trying to escape abusers. Mattie and Oren very soon find a common bond: Mattie’s kid brother Caleb was about Oren’s age when he was murdered decades ago, and was likewise a Star Wars nut.

Oren seems to have psychic powers of some kind — obviously, he describes them as “the Force.” Caleb seems still to be hanging around Mattie, seeking justice for his murder and also trying to protect his big sis, who loved him. Because, although Mattie doesn’t know it, she’s been wrong all these years about why and how her family died . . .

Goodman’s a tremendous writer, and I was absolutely glued to this book. At the same time, I wasn’t convinced it was actually all that good — certainly it’s a far lesser piece of work than the Theorin piece I mentioned and indeed than Goodman’s own The Lake of Dead Languages (2002), which I loved when I devoured it quite a few years ago. As I was reading The Night Visitors I felt there were far too many instances where things were happening, or people were behaving, less according to how they would in real life and more in service of the dictates of a tightly wrought plot. As a single example, Davis tracks down Alice and Oren with not-credible speed in the remote hideout where Mattie’s keeping them — and in the midst of a blizzard, no less, conditions in which outsiders would have special difficulty. In real life he’d surely have taken a lot longer, if he’d ever found them at all (despite the clues he has); the fact that he turns up so quickly aids the rapid progress of the plot, yes, but not verisimilitude.

Similarly in service of the plot rather than realism are a couple of places where, in the midst of scenarios where surely the characters would be acting first and thinking later, we suddenly have people coming out with great slodges of exposition: We must keep incredibly quiet because there’s a killer after us and a ghost-child in the chilly darkness up ahead, but let me pick this moment to explain a whole bunch of stuff.

Leaving aside such concerns, I was having enough fun — and enough goosepimples — that I was perfectly okay about leaving my brain at the door. The Night Visitors is a tremendous page-turning thriller along the lines of Nancy Price’s Sleeping with the Enemy; it’s also a pretty damn’ fine ghost story. No complaints from me on either front.