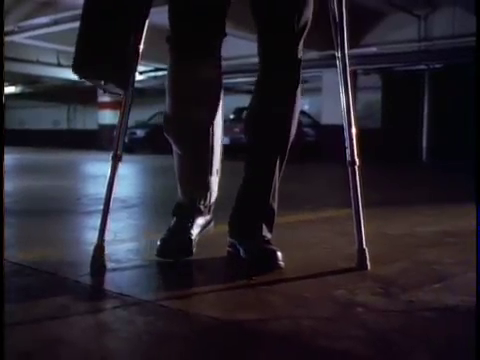 The sadistic Deep Woods Killer—”Woodsie,” as the cops call him—abducts successful young career women into remote wooded locations and tortures them before murdering them. Successful young author/illustrator Joanna Warren (Arquette) is as terrified as anyone else in the area, especially after her friend Jeanne Donaldson (Wood) becomes the latest victim, but she has other things on her mind—not least that it appears she’s being stalked by a creepy elderly guy, Paul Miller (Perkins), who tells her he’s a PI investigating the killings but whose story doesn’t check out.

And then there’s the fact that Joanna’s gotten herself a new boyfriend, Frank McCarry (Moffett), an employee of her brother Tommy (Rydell), and, despite Tommy’s warning that Frank is the office lothario, she thinks that this time it could be the real thing . . . 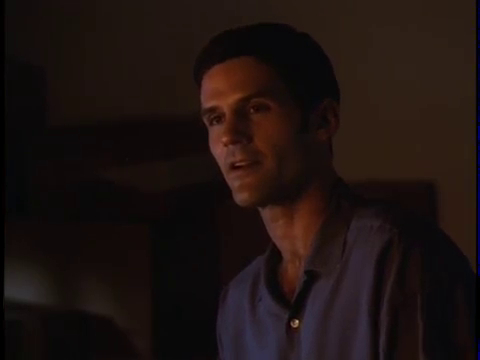 Anthony Perkins, whose last screen role this was, is magnificent as the sinister-seeming PI—he was a master of this sort of creepiness, in the same way that Will Patton, as Eric Gaines, the cop leading the federal task force hunting the killer, is a master of sleazy oleageny; in fact, Patton does this act so effectively here, complete with inappropriate attempts to smarm his way into Joanna’s, um, affections, that we spend much of the running-time wondering if Gaines himself could be the Deep Woods Killer—if In the Deep Woods is going to deploy the weariest twist of all, where the cop turns out to be the psycho.

Will Patton as Eric Gaines.

There’s some clever manipulation of our suspicions, especially after the PI, Paul Miller, spells out to Joanna—in stages—his real motivation for trying to get close to her. I’m not certain this motivation makes a whole hell of a lot of sense (the killer’s never going to make a mistake, so the only way to nail him is through coaxing a confession out of him, and Joanna’s the gal to do the coaxing), but it does make more sense than the Deep Woods Killer’s own motivation, which emerges during a sort of extended denouement during which the plot crumbles into a pile of implausibilities and general shambles. (You think the cops would happily let an unknown civilian wander around the scene of a multiple homicide they’re investigating, even if she is the star of the movie? You do? Then I have a bridge to sell you.) 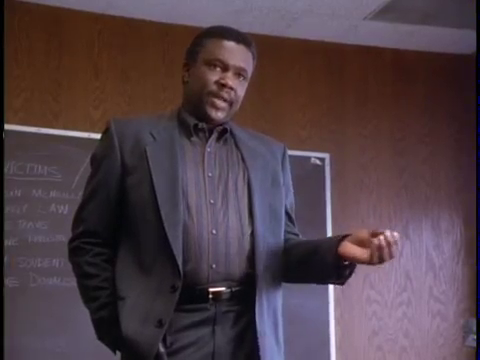 Rosanna Arquette makes a very appealing protagonist and a very convincing children’s author/illustrator. Among the rest of the cast, Kimberly Beck stands out as Joanna’s best friend, interior decorator Margo Jenner, and Harold Sylvester as Gaines’s sidekick, George Dunaway. With a good supporting cast, and with Arquette, Patton and especially Perkins at the top of their game, In the Deep Woods is a cut above most TV movies and indeed many theatrical features. Worth crossing the road for, if perhaps not crossing town for . . . depending on the size of the road and the town.