Colonel Fernandez (Hallard), commandant of the prison camp on the island of Santa Maria—which is most assuredly not Devil’s Island, for fear of offending the French—is seriously ill, and his daughter Anna (Vinson) flies out to be with him. The friends (uncredited) with whom she travels warn her she may find that her fiancé, who’s also her father’s deputy on the island, Major Ramon Montez (Ramage), has changed a little since last she saw him. Her early time on the island is spent progressively discovering that the man she thought she loved has become a despotic monster:

Anna: “I wish [my father] wouldn’t worry about things when he’s so ill.”
Montez: “Hm. So do I.”
Anna: “Why doesn’t he leave it all to you?”
Montez: “Well, you see, your father and I work on rather different lines. We’ve got three thousand convicts here, and I believe the only way to keep them under is to keep them afraid of us.”

Without Colonel Fernandez’s knowledge, Montez and his sidekick Captain Perez (Walsh) are, to their own considerable profit, dragooning the convicts into acting as slave labor to build a road for the Santa Maria Mining Corporation. Being “put on The Road” is one of the harshest punishments that can be dished out by the camp’s vicious rulers since, what with the heat and the fever and the rapacious insects and the jungle conditions and the backbreaking toil, life expectancy on The Road is short. Convicts who die are unceremoniously thrown off the camp’s dock to the sharks; it’s the only hygienic way of getting rid of the bodies. 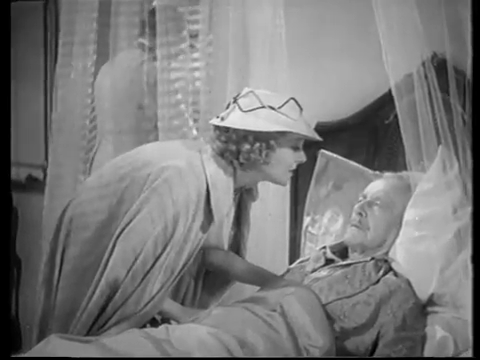 Anna can hardly help but contrast her fiancé with the gently spoken prisoner who serves as his orderly, convict #12183 (Veidt), known universally as Prisoner 83, or just 83. Suspecting that 83 may have attracted more than merely Anna’s conversational interest, Montez sentences the man to a spell on The Road, telling Anna that 83 has come down with a dose of malaria. 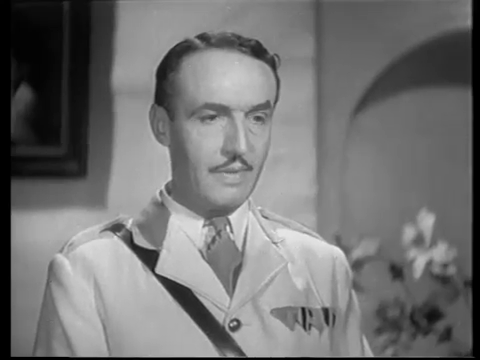 Little does Montez realize that, in so doing, he has helped along 83’s plans. For a long time 83 has been scheming an insurrection, and has even organized the smuggling in of a machine gun; his problem has been to get one of his people to volunteer to go on The Road to help synchronize the uprising there with the main one back at the camp. Well, now 83 has had the volunteering done for him; and he’s almost immediately joined by his main sidekick, bully-with-a-heart-of-gold Mooche (Beery).

The rebellion, when it happens, goes off half-cocked because one of the prisoners whom Mooche has bullied, The Greek (Willard), attempts to betray it. For killing The Greek and a guard in a hopeless attempt to get things back on course, Mooche is sentenced to public execution in the camp’s main square. Moments before the execution is about to take place, 83 triggers a second—and this time successful—insurrection.

Edmund Willard as The Greek.

Rather than let the vengeful prisoners massacre the brutish guards who have tormented them all these years and the distanced prison officers under whose orders those guards were acting, Prisoner 83 holds the men as prisoners of war, giving them limited freedom within the camp under an honor system. As he’ll discover, Montez has no honor.

Weeks pass and Prisoner 83 is well on the way to building a sort of island workers’ paradise, with most of the convicts now reformed characters striving willingly toward a common goal. It’s 83’s naive dream that, if he can show the world what the men are capable of achieving, there’ll be an amnesty for all. But he reckons without an earlier betrayal, and without the duplicitous viciousness of Montez . . .

The Boy (Peter Croft, left) gives Prisoner 83 (Conrad Veidt) the tip that half the guards are going to be absent.

Clearly the movie is intended in at least large part as an allegory of workers’ rebellions against their ruthless oppressors. I’ve nothing much against such messages, especially in times of barbaric inequality, but here it’s all rather clumsily handled, and the post-revolution establishment of a (more-or-less) utopian society populated by ex-con upstanding citizens raises eyebrows rather than optimism. As an example of the clumsiness, there’s a scene before the revolution in which the prison’s officers are having a swanky soiree with the officers of a visiting cruiser. “We’re the real prisoners here,” Montez tells the cruiser’s Captain Torres (Lovell); immediately thereafter we have intercuts between the champagne-guzzling officers and a bunch of convicts struggling to make sure they get their meager nightly ration of unappetizing slops, with some being turned away empty-bowled.

Matters aren’t helped by the fact that Veidt’s default facial expression is the smirk and he enunciates his lines as if dubbed by Peter Sellers. Beery hams up his role, but that’s what we expect of him and it was doubtless precisely why he was hired. 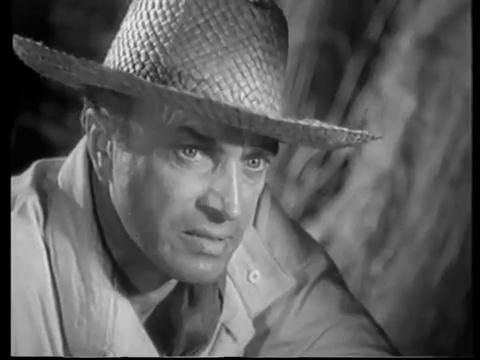 Ramage, though, is splendid as The Man Who Would Be Hitler—I couldn’t help wondering if he’d consciously modeled himself on the Führer—and Vinson is as always mouth-parchingly lovely; alas, her role is designed to fulfil the part of character viewpoint rather than have much influence on the plot, so she’s not able to breathe much life into the proceedings; and so all we’re really left with is the loveliness.

One of the convicts who pushes the plot along—identified in the credits only as “Boy” because of his fresh-faced appearance, like a sort of cut-price Michael York—was played by Peter Croft, later to become a television director of some prolificity and distinction.

Peter Croft as The Boy.

With its American stars and its lavish crowd scenes, King of the Damned apparently represented a major investment for Gaumont–British, desperate as the company was to make a dent in the US market. Unfortunately, the movie didn’t live up to its budget—it really isn’t so very good—and anyway couldn’t have been worse conceived as something that might appeal to a nation paranoid, as it was to remain for some decades, about socialism and the rights of labor. 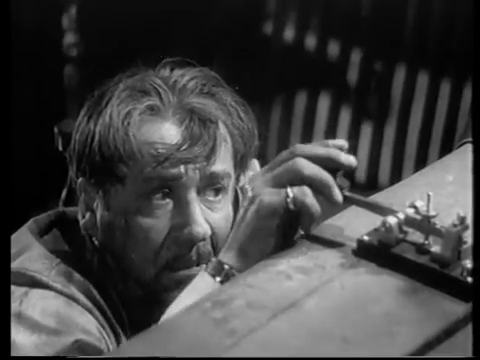