|
How can a cop cope with the serial killer who murdered her husband?
| 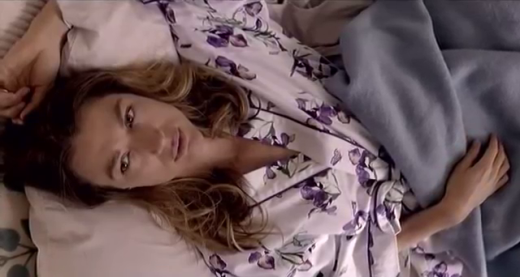 A couple of years ago, Detective Caitlyn “Kate” Conner (Zea) managed to identify the serial killer Kyle Randall (Mabe), whose m.o. was to kill—to “butcher”—men who’d abandoned their families; unfortunately, she was never able to nail him.

Today her husband Jamie (Connell), also a cop, is lured by Randall into a deserted warehouse, where Randall shoots him the back, killing him, then seemingly allows himself to be caught. 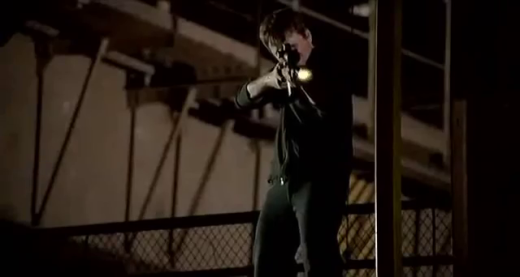 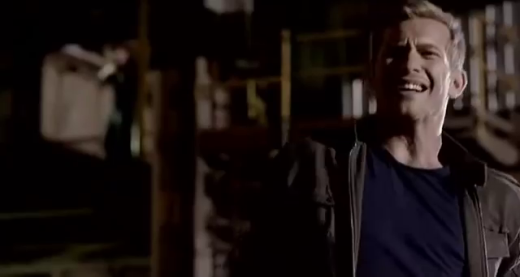 In custody, Randall refuses to speak to anyone except Kate. Over the strident objections of the police shrink, Evelyn Foster (David, in fine form), Kate agrees to see him. Randall tells Kate he loves her, really he does, and hints there’s a lot more of the story to come, but other than that all he seems to want to do is taunt her over her pain.

Kyle (Ricky Mabe) wants to gloat to Kate about killing her husband.

Next day, while being transferred to a high-security facility, Randall engineers his escape. The first Kate hears from him is the arrival of a bunch of roses; bunches of roses are his “calling card.” The next she hears is that Karen Pitfield (Lamothe), the adolescent adopted daughter of the heavyweight Senator Pitfield (Ironside), the man who would be President, has been abducted by Randall. 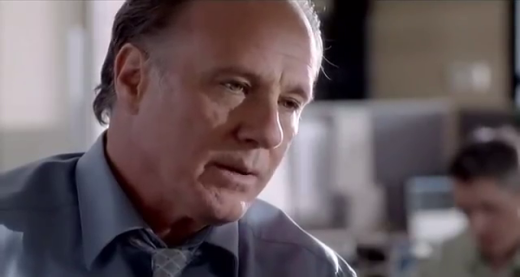 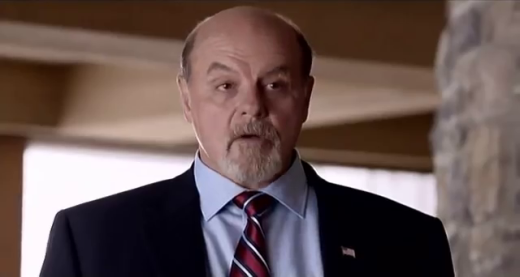 Senator Pitfield insists that Kate be put in charge of the recovery of Karen. His reasoning seems to be that Karen, having just recently lost her husband to Randall’s homicidal mania, is more likely than most cops to riddle the man with bullets and ask questions afterwards. This seems odd or gratuitously bloodthirsty at the time (is Pitfield sponsored by the NRA or just himself a sociopath?), but toward the end of the movie we discover the chilly logic behind it.

Kristie Pitfield (Alexandra Valassis) cares for nothing except the return of her adopted daughter.

Soon it becomes pretty obvious to Kate that someone’s leaking info to Randall, and may even have assisted in the abduction of Karen. She’s convinced it can be no one on the police team; Pitfield’s Head of Security, Henry Dobson (Johnston), is equally emphatic that it can’t be anybody on his team. FBI Special Agent Hollings (Hoss-Desmarais), who’s just arrived amidst general loathing and wants to take the case away from Kate, is certain his people can’t be responsible either. (To us in the audience, unhampered by professional detectiving qualifications, it’s pretty bloody obvious who the guilty party is—so obvious, in fact, that I assumed it must be a red herring.)

Special Agent Hollings (Vincent Hoss-Desmarais) of the FBI wants to take over the case.

Complicating the case is the emergence from the shadows of Claire Dobbs (Morehouse, in a fascinating cameo); she claims to be Randall’s mom and to have recognized her long-estranged son from a news broadcast about the kidnapping. The information she offers that Randall’s pop disappeared from the picture when Randall was small gives an obvious motive for that m.o. I mentioned: with the exception of Kate’s husband Jamie, Randall kills fathers who’ve dumped their families.

From here on we don’t have to strain our brain cells too infernally hard to predict the major plot points that’ll populate the rest of the movie. And that there’ll be a car chase—there’s always a car chase in TV cop thrillers like this. But not everything is so plainly prefigured; Burden of Evil does have the occasional surprise up its sleeve, not least that by the end it still declines to follow the usual template plotline of setting some suitable dreamboat on course to become the next man in Kate’s life. She’s still completely in love with Jamie; completely self-sufficient, she has absolutely no need for a boyfriend in her life.

Kate is a great hero, and it’s a pity that this movie should have been a one-off rather than the start of a series. Zea is quite splendid as the highly independent Detective Caitlyn Conner. The actress has done a tremendous amount of television work, which is why I haven’t encountered her before. That said, I discovered while writing this piece that she has a significant role in a movie I’m planning to cover here at some point, Adam McKay’s The Other Guys (2010).

Among the supporting actors, Ironside doesn’t have much to do here—primarily just look senatorial and sleazy, usually both at once—while Lea, as Kate’s devotedly supportive boss, Lieutenant Frank McDermott, is at best bland. Mabe’s portrayal of the sociopath Randall may for all I know be a complete farce in terms of psychology, but to me it read true enough to be perfectly credible—better the twitchy, boyishly impulsive Randall here than the ponderous, self-aggrandizing Hannibal Lecter (Anthony Hopkins) of the various, progressively shoddier Thomas Harris movies.