Could this lycanthropic lunatic be tamer than his shrink?

At Lancaster Mental Hospital, criminal psychologist Dr. Luke Parker (Beemer) must attend to his main high-security patient, William Titus (Darnell), the murderer of as many as “thirty innocent people.” Titus, discovered reading Hamlet, Prince of Denmark (c1600) when Luke arrives, is unimpressed by such statistics. So far as he’s concerned, Luke and the rest of the psychiatric team have got it all wrong: “No, not murdered. Killed, as in killed.”

Luke is quite reasonably reluctant to be too condemnatory of Titus’s actions—”I’m a psychiatrist, not a judge”—but at the same time he has to recognize, however reluctantly, that his patient just might be genuinely a werewolf, and thereby susceptible not to ordinary science-based therapy but to a well placed stake or silver bullet.

But even that option’s a difficult one for Luke to choose. After all, Titus is obviously clever:

The last 2¾ minutes of the movie are taken up with the closing credits, a surprisingly high ratio for a movie so brief; by way of comparison, in a shortish 90-minute commercial feature, in proportion a similar credits list would run nearly 14 minutes—something to put the credits of even Superman: The Movie (1978) into the shade! I kept expecting some sudden little twist-in-the-tail to appear, or at least some funny outtakes; but, no, all I got was more credits.

Panic in the hospital.

All through this rather niftily made little offering I kept having the guilty sense that, had the part of Hannibal Lecter in The SILENCE OF THE LAMBS (1991) been played by Darnell rather than Anthony Hopkins, that movie might have turned out even better than it actually did. This isn’t necessarily to say that Darnell is a better actor than Hopkins—it’d be nuts to try to make any sort of judgement-call of that kind—but Darnell brings to his part a kind of cultivated intellectual decency (false, obviously) that Hopkins can’t quite attain (or, likely, wasn’t aiming for): Lecter’s a shrink with delusions of intellectualism; Titus reads Shakespeare for pleasure. There’s a big gulf there, and Darnell conveys it perfectly. 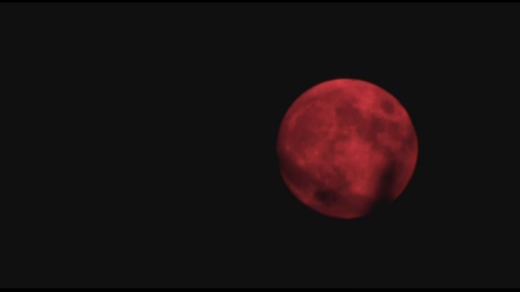