The term “neonoir” is often taken to refer solely to movies with tortuous plots and non-linear plotlines. By contrast, the tale that The List tells is a very simple one, yet there can be little doubt as to this beautifully executed short’s status.

Dale Maclean (Hayes) has been away for years. He’s back in town at the request of criminal Nick (Darcy-Smith). A local hood called Paul Subiaco (Paul Pantano) has commissioned a hit on their mutual friend Vincent; Vincent’s not dead, but it’s unlikely he’ll ever walk again. Nick—or, at least, Nick’s nameless boss (Weston)—wants Dale, the stranger in town, to take Subiaco out. 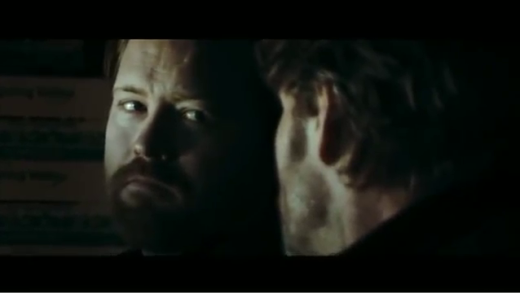 While acting as getaway driver for inept crook Gaff (Rosniak), Dale encounters his high school lover Amy Sinclair (Clarke), now the married and heavily pregnant Amy Samuels. The meeting kindles old memories. He goes to retrieve his boxful of “Amy memorabilia” from his parents’ home, gazes with yearning at his photographs of her, plays a tape of her sweetly singing the Paul Kelly song “Moon in the Bed” (the performance is indeed Clarke’s). The dispassionate killer, we realize, is beginning to get a perspective on himself, musing on what could have been.

Dale lingers over a photo of Amy (Justine Clarke).

Even so, he prepares to “knock” Subiaco. Just as he’s about to do so, he witnesses the handover as Subiaco’s ex (da Silva) gives the man custody for the next week of their small son (Malechai Pantano). Reluctant to kill Subiaco in the presence of the kid, Dale procrastinates . . . dangerously.

It’s rare at the end of a short to find oneself wishing it had been a full-length feature, but that’s exactly how I felt at the end of The List. In large part this is because of Hayes’s performance, amply well supported by those of Clarke and Darcy-Smith. Dale seems such a nice, respectable guy (as does Nick), that we’re pretty soon rooting for him even though we know that killing is his business. Of course, this is entirely delusional—organized criminals and hitmen are not so much nice guys as vile ones—but it works well within the context of the movie. The cinematography isn’t ostentatious but it’s very effective, and the same could be said of Sam Petty’s soundtrack. 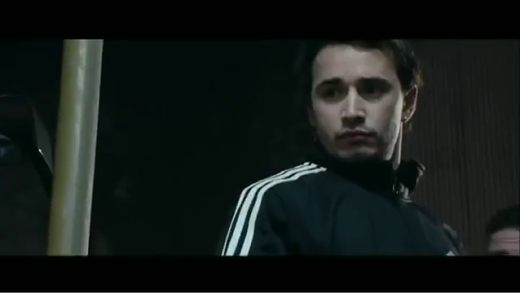 Both the brothers Edgerton are prolific actors, directors, writers and, especially in Nash’s case, stuntmen . . . Obviously it’s a very talented family. Justine Clarke should be well known to fans of the soap Home and Away, in which she played Roo Stewart; she’s done a slew of other TV work, plus quite a few movies. You might also recall her as Anna Goanna, one of the kids in Mad Max Beyond Thunderdome (1985).