A strange and really quite perverted psychological drama. Yan (Haas) and Elise (van Rijn) met nine months ago when he knocked her down with his car. They’re now living lovingly together, even though they have yet to consummate their relationship. To celebrate their reaching the nine-month mark (a symbol of a rebirth?), they go out for a meal. Elise buys Yan a bunch of flowers (in a fun inversion of the usual way such a gift goes), and all seems idyllically happy.

But then Yan’s ex-girlfriend Kendra (Di Capa) arrives on the scene and breaks up the tryst by insulting Elise as a second-rater, a “silver medal girl,” and equally deriding Yan as a complete loser. The trouble—as is patently clear to Elise—is that Yan is lapping this up. It takes no great leap of the imagination to guess that his relationship with Kendra was a psychologically sadomasochistic one, with him on the receiving end of constant humiliation and wallowing in his self-perceived worthlessness. 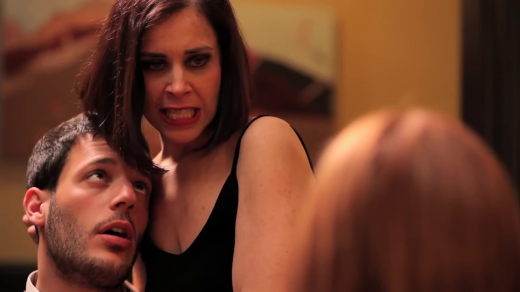 Back in their apartment, Elise indicates that it’s all over between them, but her resolution melts as he tells her of his self-hatred, of how his five years with Kendra were a hell from which he has now escaped, that Elise has helped him regain his pride. She says she’ll accept the explanation and the apology on one condition: “Fuck me.” 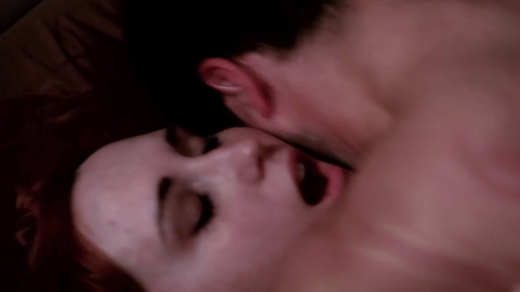 And so we have a longish (not explicit) sex sequence intercut with Yan’s visions of Kendra humiliating himself and Elise at the restaurant even more extremely than she did in reality: spitting in his mouth, “letting” him lick the soles of her shoes, forcing him to humiliate Elise by telling her he hates her, and so on. Are these the visions that have to date inhibited his sex life with Elise, or is he deliberating conjuring them up in order to maintain an erection? We’re not told, but we strongly suspect it’s the latter.

The following day, after Elise has left for work, Yan texts Kendra to come on over. When she arrives, he’s naked on the floor, seemingly expecting her to walk on him in her high heels or something else suitably mortifying. But, like any good sadist, she declines. “If you don’t think you’re good enough for someone like Elise, what the hell makes you think you’re good enough for someone like me?” On the other hand, she’ll cut him a deal. He can have all the delights of the sexual funfair with her that night if he’ll do just one thing: “I wanna watch you break your girlfriend’s heart.” 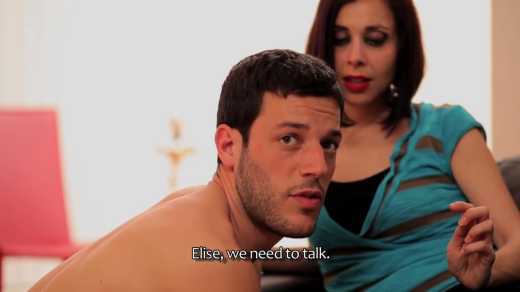 What Elise finds when she gets home.

And so, when Elise returns, Yan, still naked, does exactly that, telling her he’s never loved her, he’s stuck with her solely through guilt over the car accident, that she’s been a dead weight on him all this time, and on and on and on—with a watching Kendra beaming in approval. Elise goes into the kitchen to try to recover her self-possession, and there on the counter she sees the block of knives . . . 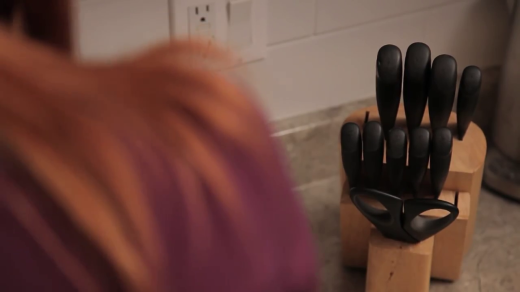 In strictly technical terms, Eroticide falls a tad short. The lack of a score makes some sequences seem a little echoey and naked; this may be for deliberate effect, to reflect an emotional nakedness, perhaps, but especially the opening scene comes across as just, well, under-rehearsed and even amateurish. Although the intercutting during the sex scene is cleverly conceived and nicely executed, the cinematography as a whole is somewhat pedestrian. What really undermined this movie for me was the performance of Di Capa, who—presumably as instructed by director Saliba—hams up the role of the evil bitch ex something rotten. At any moment I expected her to do a Tod Slaughter and start mugging at the camera. Haas too overacts on occasion, his wimpishness sometimes crossing the credibility line, while van Rijn, by contrast, gives a very good, very naturalistic portrayal of the sweet, understanding lover.

Saliba has a reputation for pushing the envelope with his movies, which include shorts like Vampyros Lesbos (2008) and Amy’s in the Attic (2011)—none of which I’ve seen. On the evidence of Eroticide, despite its flaws, I’m certainly curious to watch more of his work. This longish short is not a negligible piece or any sort of exploitationer. It works its way into the mind, and I’m sure I’ll still be thinking about it long after I’ve forgotten many movies that I’ve enjoyed more.