Perhaps surprisingly, bearing in mind the authorship of its screenplay—and bearing in mind its dialogue’s predilection for wandering off into little philosophical digressions—this is a movie where it’s probably best to leave one’s brain at the door. Experienced in the moment, so to speak, it’s hugely impressive, with some sterling performances, dramatic visuals and moments of great emotional power, all underscored (if you’ll pardon the pun) by a typically tidal orchestral soundtrack by Miklos Rosza. Yet, under the most perfunctory analysis, parts of it don’t really make sense and/or are quite clumsy. 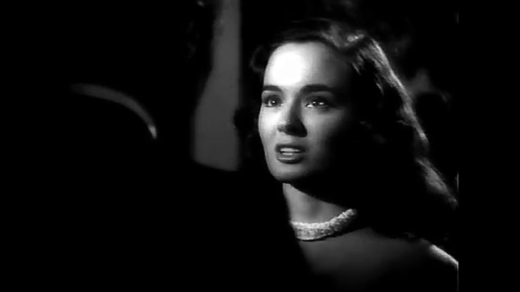 There’s a strong suspicion at large that bon vivant and art connoisseur Henry Maurier (Boyer) married his wife Emily (Kempson) solely for her fortune. It’s a suspicion that the man’s own behavior doesn’t support, even though it appears he has a habit of pursuing other women and is currently enmeshed in a longstanding affair with Doris Mead (Blyth), a mere slip of a girl who—she’s just 18—could easily be his daughter, or even granddaughter.

The one woman at whom he seems never to have made a pass is, perhaps surprisingly, Janet Spence (Tandy), whom Henry took under his wing when END_OF_DOCUMENT_TOKEN_TO_BE_REPLACED