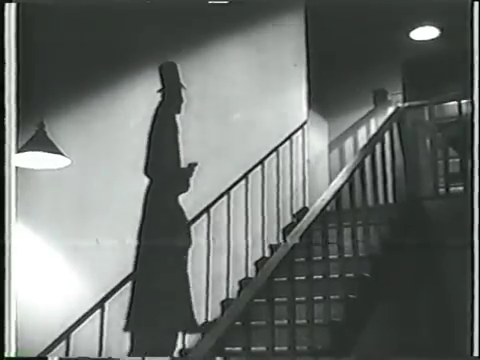 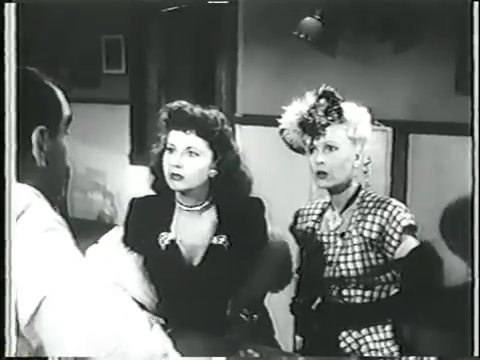 Barbara Read as Margo (left) and Dorothea Kent as Jennie

Wealthy collector James Douglas (Lessey) is murdered in his home and a valuable statuette, the Jade Lady, is stolen. The obvious culprit, so far as we viewers are concerned, is hoodlum Ox Walsh (Overman), whose enmity END_OF_DOCUMENT_TOKEN_TO_BE_REPLACED 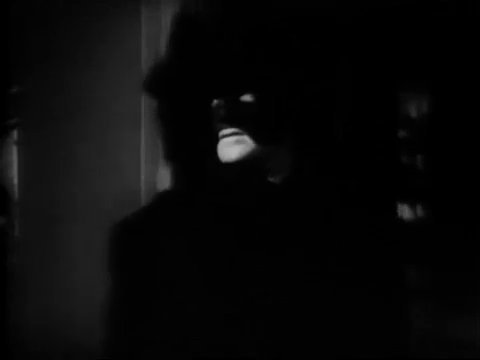 This was the first of three comedy-crime adaptations to screen of Walter B. Gibson’s famous pulp character that Poverty Row studio Monogram released in 1946. The other two were Behind the Mask and The Missing Lady. This one had Phil Rosen at the helm (although it has been reported that William Beaudine did some filling in); the other two were done by Phil Karlson.

Lamont Cranston (Richmond) is outwardly a respectable young man of business who never seems to do any work; because he’s the cherished nephew of Police Commissioner J.R. Weston (Watkin), he and his secretary/fiancée Margo Lane (Read) are allowed to horn in on police investigations, to the ill concealed fury of Inspector Cardona (Crehan).

But there’s more to Lamont Cranston than meets the eye. His secret persona is as The Shadow, a mysterious vigilante crime-solver who, on donning his special garb—a mask and fedora—slips unobtrusively from END_OF_DOCUMENT_TOKEN_TO_BE_REPLACED