|
Who’s deceiving whom in this absorbing Strangers on a Train riff?
|

Orphaned scholarship law student Sara Ryan (Bruckner) works nights at a bar called The Roost. One evening one of her customers is a child of extreme privilege, the visibly flaky, unstable Alex Layton (Zima); hardly has she sat down than another customer, Tim (Dayal), crassly propositions her. Sara sends Tim packing and the two women exchange pleasantries.

Alex (Madeline Zima) gets chatted up at The Roost.

But not for long, because into The Roost stumble Sara’s classmates Brooke Potter (Collins), Brooke’s toady Piper Sperling (Sircar) and Brooke’s boyfriend Eric Nolan (Ashmore), son of their law professor (Anderson). Brooke loathes Sara because Sara’s a scholarship girl and because END_OF_DOCUMENT_TOKEN_TO_BE_REPLACED 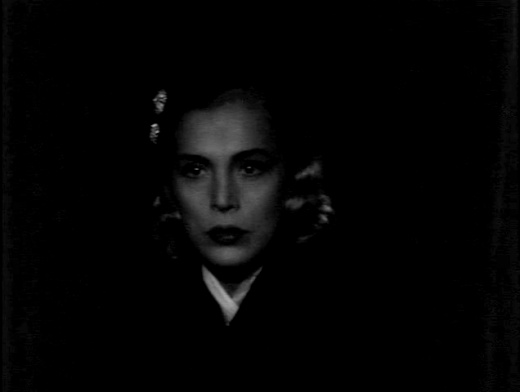 If there was any single movie or actor that set me off on the long and winding course toward writing A Comprehensive Encyclopedia of Film Noir, Too Late for Tears was that movie and Lizabeth Scott was that actor.

I first watched the movie sometime in the early 2000s. Before that I’d written quite extensively on animation—in fact, I’d not so very long before seen publication of my book Masters of Animation—and on fantasy movies, for The Encyclopedia of Fantasy, edited by John Clute and myself. I’d been playing around with various ideas for more books on animation and/or the cinema of the fantastic, but then, for some reason—perhaps just because it came on TCM while I was sitting on the couch, who knows?—I found myself watching Too Late for Tears for the first time.

Of course, I’d watched countless films noirs before then, and liked them a lot—The BLUE DAHLIA (1946) was a particular favorite (have I ever mentioned my longtime crush on Veronica Lake?)—but END_OF_DOCUMENT_TOKEN_TO_BE_REPLACED

A psychoanalyst copes with a failed marriage, a psychopathic patient and the advances of a neurotic femme fatale! 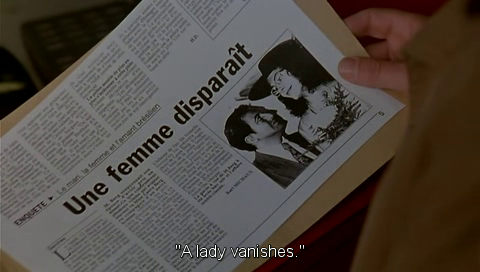 A year or so ago, high-flying psychoanalyst Sylvain Meyer was killed in an outlandish car accident. Today his protégé Antoine Rivière (Auteuil) is having a little difficulty making ends meet in his solo psychoanalytic practice: even though he has cachet enough to attract patients and charge high prices, the mansion that he bought to house the practice is draining his finances and the bank is on his neck. His ex-wife Florence (Laroque), with whom he’s still on friendly terms, seems to be doing much better—certainly she’s able and willing to lend him fat sums of money when need be.

His brokeness is all the more surprising in that he’s evidently a bestselling author and a regular participant on TV talk shows. Of course, he has to maintain a staff of two: Felicité (uncredited) and Fabienne (Le Ny).

In all directions he’s surrounded by heartstoppingly beautiful women. Ex-wife Florence is one. His editor at the publishing house (uncredited) is another. His colleague Nathalie (Denicourt) is yet another. Two of his patients fit the bill as well, one unidentified and uncredited, the other the wealthy heiress Isabelle d’Archambault (Parillaud, of NIKITA [1990] fame), who states quite explicitly that END_OF_DOCUMENT_TOKEN_TO_BE_REPLACED

On the eve of WWI, Myra Carson (Landi) is deported from Akkra/Accra, in British West Africa, to Duala/Douala, in the Kamerun/Cameroon—part of German West Africa. A gambling-addicted UK national has apparently committed suicide over her, the last straw for the straitlaced UK military authorities, who’ve been itching for an excuse to expel her—after all, was she not named as co-respondent in a London scandal, and has she not been bouncing from one country to another ever since, giving her occupation always as “oh, just traveling”? The officer (uncredited) in charge of kicking her out clearly relishes his task; the young man who supervises her departure, Lieutenant Enright (uncredited), equally clearly reckons she’s been given a bum deal—although it’s hard for us to work out quite what he means by a remark to the effect that she’s been kind to a lot of the lads.

My knowledge of French slang is minimal, and even more so of French slang as it might have been used in the 1950s, but as far as I can work out the sense of the word manche used here is “empty sleeve”, so that a reasonable translation of the title might be The Chump and the Babe. UPDATE: Reader Luc Secret, to whom my very great gratitude, has offered the correct explanation in the comments below.

The chump is Philippe Delaroche (Vidal), a lowly mid-thirties employee deputed by his superiors at the Pacific Banking Corporation to facilitate the purchase by a fabulously wealthy client, the widowed Stella Farnwell (Miranda), of her new car. He tries to wangle a 10% commission for himself out of the car dealer; when Stella immediately discovers this, he glibly END_OF_DOCUMENT_TOKEN_TO_BE_REPLACED