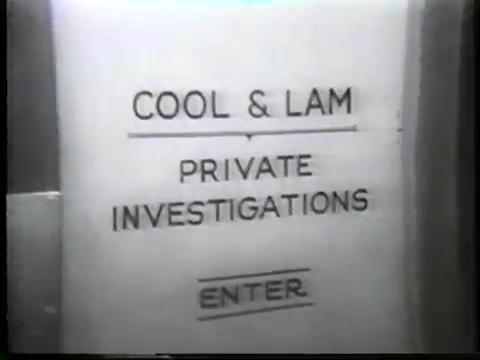 Erle Stanley Gardner, under his A.A. Fair pseudonym, wrote thirty books in his Donald Lam & Bertha Cool series. According to the immensely useful Fantastic Fiction site these were: END_OF_DOCUMENT_TOKEN_TO_BE_REPLACED

Near-grifters Barry Gilbert (Hayward) and his elderly chum Doc Norton (Nugent), having been cleaned out at the races, hitch a ride to Belmont, New York State, where Barry’s convinced he can get a job, even if it’s only flipping burgers—after all, he’s had jobs before, as a journalist, an actor, a . . . The pair get a lift in the back of a truck, but when the driver turns off they have to climb out—in the middle of both the night and a rainstorm. The dialogue says they’re in Westchester; a bit of documentary evidence onscreen suggests Pleasantville. They creep up to a deserted house, break in, and prepare for a night of comfort before hitting the road again.

Barry (Louis Hayward) begins to get used to the life of luxury.