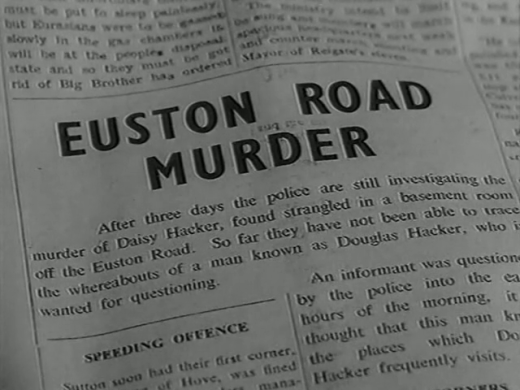 London, soon after the end of WWII, and wastrel Douglas “Doug” Baines (Brook) is wary of the coppers on every corner because he’s an Army deserter. He makes his way as best he can, helping to support his mistress, Daisy Hacker (Hylton), and their infant son Jiffy on what we suspect are generally slim pickings. One day, though, he’s obviously flush because he spends 15/6 (15 shillings and sixpence)—a small fortune in those days—at the toyshop of Jenkins (Piper) on a cackling tumbler-doll clown for Jiffy, upon whom he obviously dotes; indeed, we sense that Doug is really defined by his love for Jiffy. When he gets home, though, it’s to discover that Daisy has sold the child into adoption for twenty pounds. She’s scathing in her estimation of Doug:

“And another thing. You pretending to believe that I got all that money working as a waitress. You’ve got eyes in your head the same as other men. You know perfectly well where that money came from.” 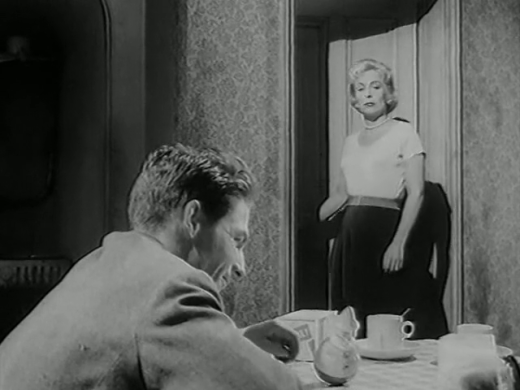