A beautifully made short movie that generates a surprising amount of sympathy for its main protagonist, superbly played by Liam Cunningham, even though the character concerned is an exploitative creep. The movie was born out of the British Film Institute’s Lighthouse scheme, which funded a number of up-and-coming UK directorial talents, of whom Fingleton was one, to create short movies.

Elliot (Cunningham) is a divorced middle-aged man who, in his loneliness, is dedicated to taking “candid” photographs—“upskirts,” “downfronts,” and so on—of young women in the street, in the park, on the bus, in changing rooms, wherever, and posting these to the online forum he haunts, The Voyeur’s Den. 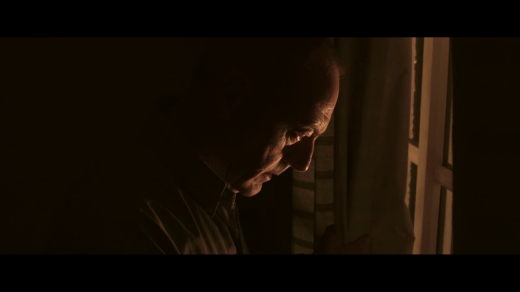 His teenage daughter Alexa (Wren) comes to visit for a few days before heading off to her first term at university. Relations between the two are a bit strained, partly since—although Alexa doesn’t tell Elliot this for a while—she’s END_OF_DOCUMENT_TOKEN_TO_BE_REPLACED