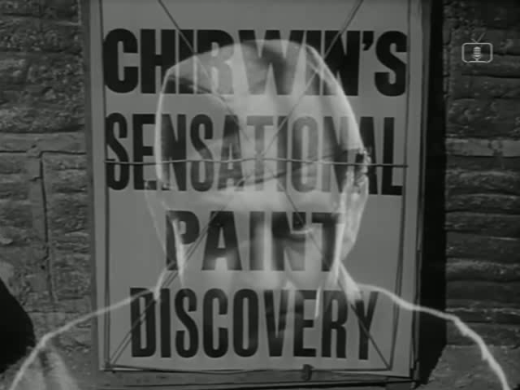 An enjoyable little filler that has a noirish situation at its core even though the only crime involved is distinctly white-collar in nature.

Chemist Roger Drummond (Stuart) returns to London from South Africa with the secret formula for a more efficient paint spray in his pocket alongside almost no money. The evening before a job interview he’s been offered by George Marston (Gorst), manager of leading paint manufacturer Chirwin’s, he encounters a young woman, Marion Ashley (Burne), who’s been taken ill at the wheel of her car. While Roger runs to fetch a doctor, two cops turn up and drive Marion safely home. 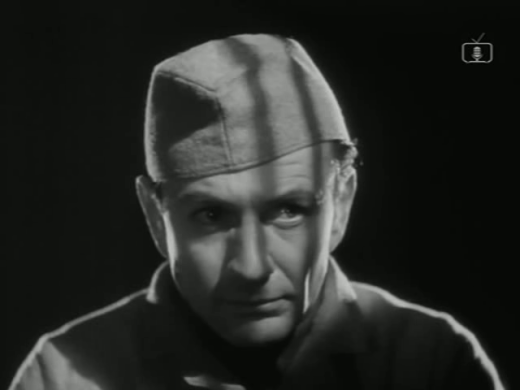 Roger discovers he thoughtlessly pocketed Marion’s purse when she dropped it. Although he feels guilty, he borrows a few pounds from it to buy himself a new suit for the interview. The job gained, he pops the purse in the mail to the Lost Property Department at Scotland Yard, having replaced the “borrowed” money but little realizing that END_OF_DOCUMENT_TOKEN_TO_BE_REPLACED 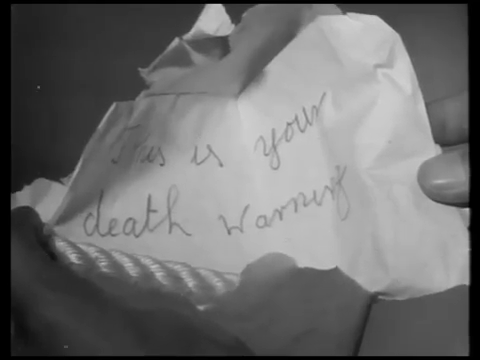 A movie of two halves—or, rather, a movie of a first one-quarter and a subsequent three-quarters. The opening quarter comprises an extended setup for the main narrative; where Murder by Rope has a problem is that this setup—which has a sort of Edgar Wallace oddity about it—is considerably more intriguing than the rest.

Which is not to say that the movie as a whole doesn’t offer rewards, especially since its closing scenes—after forty minutes of what might best be thought of as country-house-romantic-comedy-with-free-added-murders—once again return to an Edgar Wallace-style eccentricity. Also to enjoy is the spectacle of a Wilfrid Hyde-White young enough to be a plausible romantic hero.

When the murderer Burford (uncredited) is sentenced to death at the Old Bailey by Justice Sir Henry Paxton (Hewland), the prisoner in the dock disconcerts the court by simply laughing derisively. The secret of why he did so goes with him to the gallows. 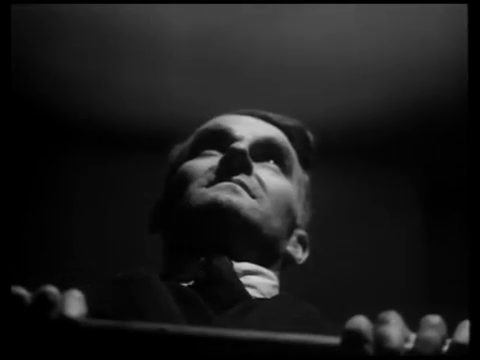 The Laughing Murderer (uncredited) smirks as his death sentence is handed down . . . 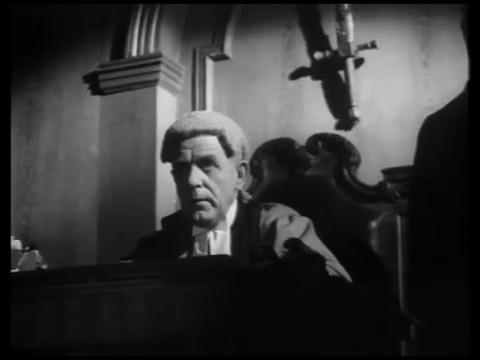 Some while later, Scotland Yard receives a letter that’s apparently from the dead man. As the Yard’s Major Walker (uncredited) says END_OF_DOCUMENT_TOKEN_TO_BE_REPLACED

At the time of the Reformation, Henry VIII took the estate of Edensore away from the Church, giving it to one of his supporters, who became the first Earl of Edensore. The abbot, murdered in his own church, died with a curse on his lips:

—a rhyme that may not match the best of Tennyson but has at least the right cursely verisimilitude in being cryptic to the point of meaninglessness. Arthur, the elderly Earl of Edensore (Davenport), explains all this to his son and heir, Ronnie, Lord Rollestone (Stuart), on the eve of the latter’s departure to Africa for a big-game-hunting expedition. The Earl adds that the prophecy is generally taken to mean that the eighth Earl—in other words, Ronnie when he inherits—is going to have a tough time of it. Hanging over them in the hall is a portrait of the abbot, pointing an accusatory finger . . . 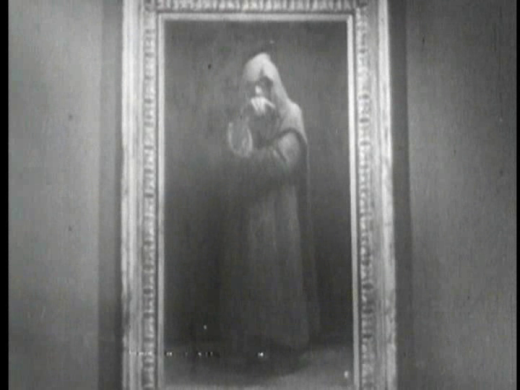 Ronnie is engaged to his cousin, Lady Mary Stuart (Keats), daughter of the old Earl’s sister Lady Anne Stuart (Watson), although the two young people have a END_OF_DOCUMENT_TOKEN_TO_BE_REPLACED