A high-spirited comedy thriller/mystery from Monogram, the first in an intended series that for some reason never made it past the second outing.

Kitty O’Day (Parker) is secretary to broker Oliver M. Wentworth (Earle) and girlfriend of one of Wentworth’s gofers, Johnny Jones (Cookson). One evening, after Johnny has brought a fortune in securities to Wentworth, the broker tells Kitty to go and fetch train tickets to Boston for the following day and to meet him later at his home for a last couple of urgent letters. Johnny, who’d bought theater tickets for tonight, is naturally miffed, and sounds off on the sidewalk to her about what he’d like to do with their boss. His tirade is overheard by a nearby taxi driver (Gleason), who’s especially startled by the line: “I’d like to kill him.”

When Kitty reaches the Wentworth establishment she finds it’s suffering a power outage. A candle-bearing butler, Charles (Hytten), tells her that END_OF_DOCUMENT_TOKEN_TO_BE_REPLACED

Here’s a very shy contribution to this splendid endeavor: 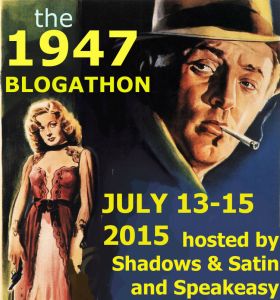 Vic Morton (Farrell) is the latest singing sensation to come to Hollywood, having signed a contract with Majestic Studios. In a very interesting opening sequence to this movie, we’re shown, after a brief account of Hollywood, the trailer for Vic’s first movie, also called Heartaches, as supposedly projected inside Grauman’s Chinese Theatre. He sings the popular 1931 title song (music by Al Hoffman, lyrics by John Klenner) while languidly romancing an unnamed blonde (Moore).

Cut to a while later. Heartaches has been a big success and Majestic is pushing ahead with Vic’s next vehicle, Broadway Ballad. We discover almost immediately a carefully guarded secret: Vic can’t sing. That mellifluous tenor voice emanates from his regular accompanist, songwriter and old band friend, the homely-faced “Bogey” Mann (Wills), with the handsome Vic merely lip-synching. The pair are rehearsing in the company of publicist Toni Wentworth (Ryan) when the secret is almost blown wide open: into the END_OF_DOCUMENT_TOKEN_TO_BE_REPLACED

A minor, moderately entertaining comedy mystery of the kind that the Poverty Row studios churned out seemingly by the dozen during this era, this is saved from complete mediocrity by the appeal of its two leading ladies, who seem somehow a cut above their male counterparts.

A jeweler named Davidson (Elliott) has discovered that his books have been doctored to the tune of $50,000, and assumes the guilty party must be his former son-in-law, Courtney Mallory (Ray, the only one of the male cast to bring much nuance to his role). The matter comes to the attention of the cops when Davidson tries to use the Van Dyne pearls, which have been placed in his care, as security for a short-term bank loan. The banker, Miller (uncredited), declines the loan and informs the cops. Inspector Tyler (Dillon) puts gormless Det.-Lt. John Aloysius McGinnis (Burke) onto the case. 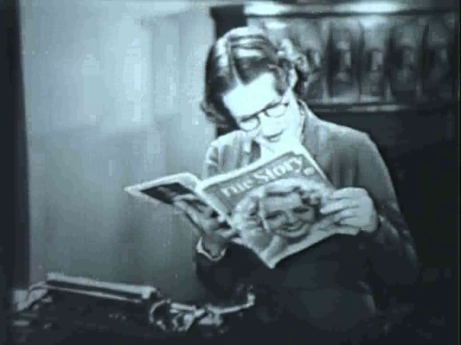 Davidson himself contacts down-at-heel PI Clay Holt (Graves), gives him a $500 retainer and a couple of tickets to a party at the Lido Country Club that night, and tells him he’d like to END_OF_DOCUMENT_TOKEN_TO_BE_REPLACED

Collateral loans agent Jan Jaffin (Mulhall) and his nefarious crony Crone (Blue) plan to bilk explorer Jerry Cummings (Taylor), currently in Mexico, of a $50,000 diamond he left as security with Crone for a $10,000 fixed-term loan. Cummings’s daughter Betsy (Barclay), having suspected Crone, has recently, under the name Mary Layton, taken a job as Jaffin’s secretary. Learning the details of the pair’s scheme, she filches the rock and goes on the lam, running into the block of bachelor apartments run by amorous widow Mrs. Flint (Oakland). Opening a door at random, she finds herself in the studio of unsuccessful painter Jimmy Baxter (Brix).

Minutes before, in fending off Mrs. Flint’s offer to pose for him, Jimmy has unconvincingly explained that he prefers to use as model the dummy currently splayed across his couch, wrapped in a diaphanous scarf and other frills. Now, as Crone and a bumbling cop (Adams) arrive seeking the fugitive Betsy, Jimmy persuades her to dress as the dummy, which latter they hide in the couch. Thanks to Mrs. Flint’s conviction that this is the dummy she saw moments earlier, the ruse works. Unfortunately, Mrs. Flint then rumbles the trick. The pair escape, but not before Betsy has secreted the diamond inside the dummy.

Betsy (Joan Barclay) is unusually convincing as an artist’s dummy.

They return that night in hopes of retrieving it, only to find that END_OF_DOCUMENT_TOKEN_TO_BE_REPLACED