This was the first of two movies released in 1932 to be based on a celebrated Philadelphia murder case, in which Eddie Allen killed Francis “Skinny” Donaldson, the lover of Eddie’s younger (in fact, underage) sister Rose. The other was Two Against the World (1932) dir Archie Mayo, with Constance Bennett, Neil Hamilton, Helen Vinson, Allen Vincent and Gavin Gordon, which I haven’t seen but obviously should. Although the Eddie Allen/Skinny Donaldson case was widely described as an honor killing, justified under the so-called “unwritten law,” there seems from my limited reading about it to have been a good deal more involved—it was a sort of premeditated self-defense killing. In Unashamed it’s reworked as something akin to a crime passionnel. 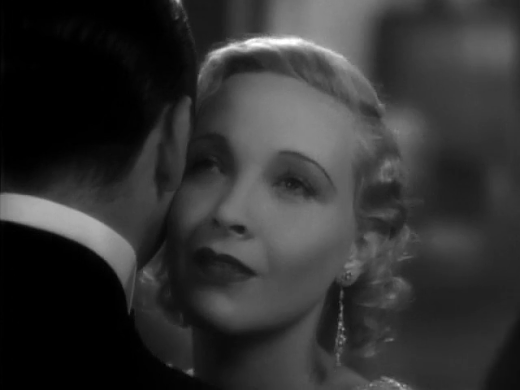 Joan (Helen Twelvetrees) dreams of romance as she dances with Harry.