|
When the legal system fails, let a court of down-and-outs decide!
| 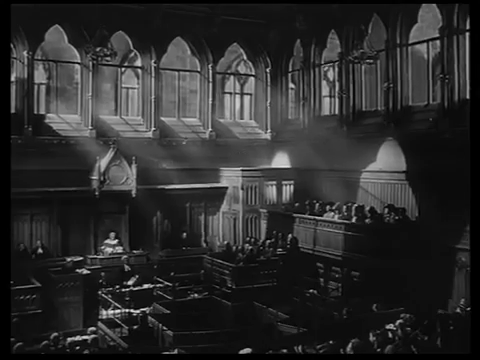 A tale that shares elements with M (1931) dir Fritz Lang (remade by Joseph Losey in 1951 as M) and with Margery Allingham’s novel Tiger in the Smoke (1952), filmed as TIGER IN THE SMOKE (1956) dir Roy Baker, and owes a very great deal to the movie Doss House (1933), which was directed by John Baxter himself and whose scripter, C.G.H. Ayres, is acknowledged in the opening credits of Judgment Deferred. The narrative’s embellished with a few comic interludes (mercifully few) and some musical numbers, including a cameo by Bud Flanagan and a couple of songs from Edmundo Ros; END_OF_DOCUMENT_TOKEN_TO_BE_REPLACED 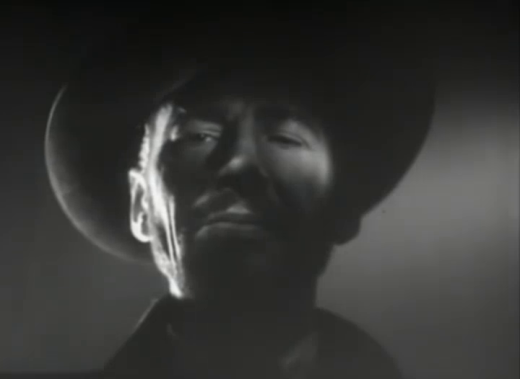 Valentine Dyall is The Man in Black.

This was a Hammer-produced spinoff from the BBC radio series Appointment with Fear, which ran for ten seasons 1943–5 and then reappeared for a single season as The Man in Black in 1949. Each episode comprised a half-hour tale introduced by a character called The Man in Black—much as the character The Whistler introduced the US radio series The Whistler (1942–55) and the series of eight WHISTLER B-movies spun off from it (see the Encyclopedia for more details of these). In these original Man in Black series the “storyteller” was played by Valentine Dyall, as he is in this movie; when the radio show was resuscitated much later by the BBC, first as Fear on Four (1988–92) and then as The Man in Black (2009–11), the “storytellers” were, respectively, Edward de Souza and Mark Gatiss.

All of which background is to a certain extent irrelevant because really, aside from Dyall’s brief introduction to the tale and even briefer concluding remarks, essentially this is END_OF_DOCUMENT_TOKEN_TO_BE_REPLACED

Everyone is colluding to hide it from Liz Rossiter (Shingler), gravely paralyzed ever since a car accident, that her husband Peter (McCallin) is having an affair with her superbitch sister-in-law, Honor (Burrell), the widow of Peter’s brother Christopher. (Most of the time, just as Liz is called “Mrs. Peter,” Honor is called “Mrs. Christopher.”) Complicit in this conspiracy of silence are Peter’s mother, Marty (Codrington), the old family GP, Dr. John “Ben” Bendix (Edwards), the maid Alice (Blunt), Liz’s nurse Westy (Batley), and even Sir James Ferguson (Leister), the specialist called in from London by Bendix to see what if anything can be done to cure Liz; Sir James dropped by the local pub, The Oak, to ask directions and saw Peter there with Honor.