René Moranno (left) as Scott and Sean Gray as Ryan

Tonight Ryan hopes to add a woman he recently met, Lisa (Toonen), to the site, but she’s not answering her phone.

His visiting friend Scott (Moranno), sickened by what he sees on screen but believing Ryan’s bullshit that he’s merely the site’s technical manager, notices first that there’s an image on-screen of Samantha (Vander Pluym), whom he saw Ryan with recently, and then that an email has just arrived from Lisa.

The email has an attached .jpg showing a beaten and raped Lisa.

Together the three men rush to Lisa’s apartment to find out what the hell’s going on. It’s an impulse they’ll soon learn to regret . . . 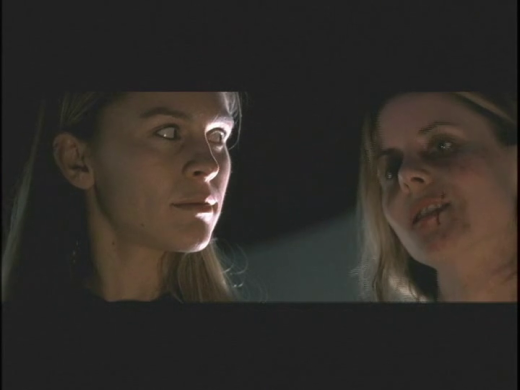 You can watch a full print of the movie here and a slightly shorter version here. On the latter page director Alex Nicoll comments:

This was my thesis film for my graduation from The Los Angeles Film School. Originally shot in 2002 we re-cut the film for festival submission in 2003/4. This was my first short film and my directorial debut—although I would do some things differently now I think it stands up pretty well and most importantly I had a great cast and crew to help me . . .

A feature film adaptation of this short is currently in development.

(He also credits Sean Roldan rather than himself as producer.) 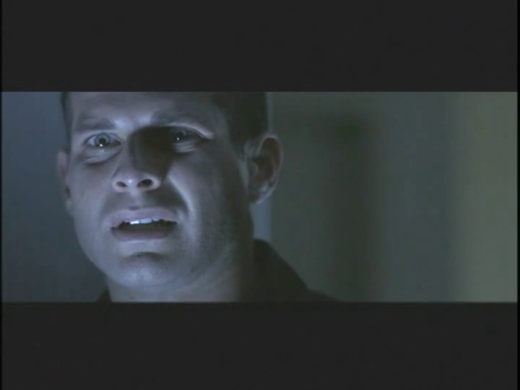 Before I read Nicoll’s remarks I was guessing this was maybe a student production, although I was thinking it was none the worse for that. The technical aspects are top-notch, although the (uncredited) soundtrack, while likewise excellent, seems more suited to a horror movie than a suspenser (unless you read The Attachment as horror, which would be quite justifiable). The acting laurels go to Sean Gray, as the seemingly nice kid next door whom you’d never believe could do such a thing, he was always so friendly and helped carry old ladies’ shopping for them; and arguably Vanessa Vander Pluym, as his nemesis. The latter, previously a member of the US national gymnastics team and an Olympic trialist, has since been quite prolific in her screen career; the former less so.