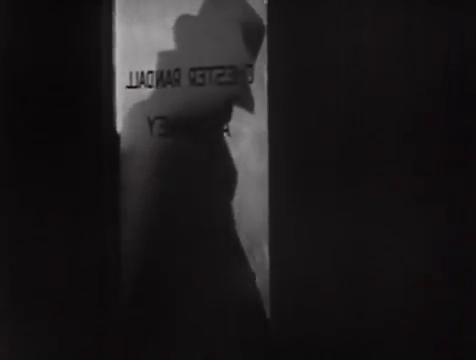 I posted a while back about the dire Monogram series of The Shadow movies, and thought it might be fun to look at a couple of the character’s earlier screen incarnations. Here’s the first of two movies released in the 1930s by Grand National, with Rod La Rocque in the title role; the other was International Crime (1938), about which I’ll be posting here shortly.

Lamont Cranston (La Rocque), in his guise as The Shadow, interrupts a robbery in the offices of lawyer Chester Randall and calls the cops on the thieves, but fails to make himself scarce by the time the cops—Captain Breen (Harlan) and Breen’s sidekick Kelly (Morton)—turn up. To explain his presence to them he presents himself as Chester Randall.

Just then the phone rings. Elderly millionaire Caleb Delthern (St. Polis), despite not knowing Randall, wants him to come to the house immediately to help finalize his revised will. The will, natch, is one of those that gives everyone concerned an incentive to start bumping off Old Man Caleb and each other. Within moments of its being signed a shot rings out and Caleb slumps dead at his desk.

The suspects are, of course, those of Caleb’s nieces and nephews who’re due in varying degrees to inherit:

There aren’t any real surprises in the plot aside from the denouement (see below), but neither are proceedings dull. What’s welcome, by comparison with the Monogram series, is the lack of what you might call default humor—cheap laughs at the expense of hackneyed “comic” characters. Breen’s sidekick, Kelly, shows brief signs of degenerating into the standard Hollywood blustering-numskull cop, but that trait’s quite swiftly nipped in the bud. Lamont Cranston’s valet and The Shadow’s henchman, Hendricks (Ainsley), is for the most part portrayed not as a dimwitted liability and figure of fun, as in the Monogram movies, but as a resourceful colleague—I say “for the most part” because for a few minutes in the middle his character, like Kelly’s, degenerates into a fey comic cut before being dragged back on message.

Cy Kendall as Brossett (left) and John Dilson as Gordon

A subplot concerns the murder some while ago of Lamont’s crusading lawyer father by someone from the underworld. Lamont still has the bullet that killed his father, and from time to time morbidly inspects it. At the end of the movie he—and we—will find out whose gun that bullet came from, although it’s fair to say the information’s more of a surprise to Lamont than it is to us.

Wilson Benge as Wellington (left) and Bill Kellogg as Humphrey

Other cast members of note include Wilson Benge as the Delthern family butler, Wellington, and John Dilson as Brossett’s tame shyster Bill Gordon. Most of the characters speak with a sort of labored deliberation that seems at odds with its era, which saw the heyday of the screwball comedies. 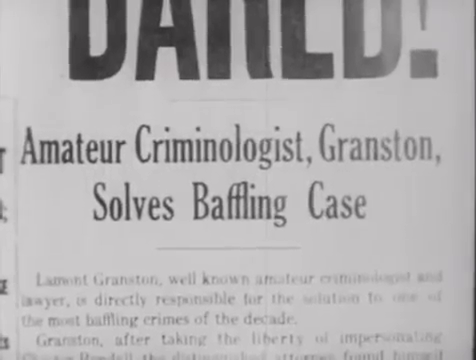 The denouement sees (obviously) the murderer of Caleb and another revealed, and it was quite unexpected—at least to this particular viewer. The surprise element (very effectively) banks on the fact that we reflexively discount the possibility that any piece of mystery fiction, printed or screened, could rely upon perhaps the oldest—and certainly the best-known—cliché in the business.

The Shadow Strikes is by no means a must-see, but it’s entertaining enough and, having endured the Monogram iteration not so long ago, I found it by comparison something of a relief. 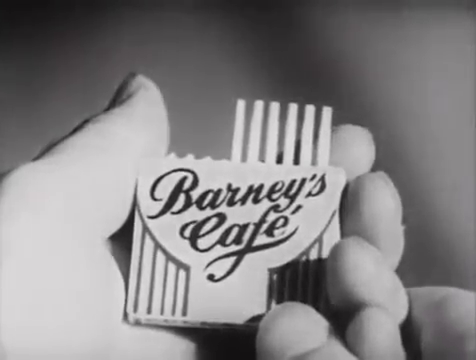