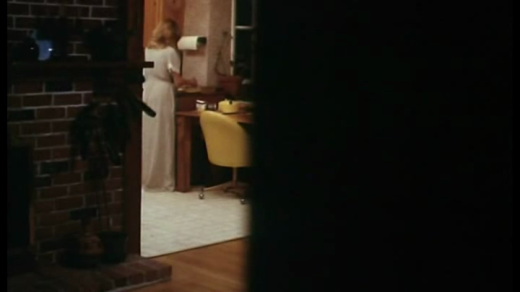 A movie that was in its day something of a sensation, its VHS incarnation being a peripheral player in the UK’s Video Nasty furor. Viewing it today, this seems something of an overreaction, and even at the time there were plenty of nastier, more violent and more nudity-packed videos around—some of them coming from recognized studios and being reviewed by the cognoscenti. This isn’t to offer an apologia for Don’t Answer the Phone!: it’s a thoroughly reprehensible movie that leaves a rather sour taste in the mouth. It’s maybe for exactly this reason that it has gained a minor cult following. 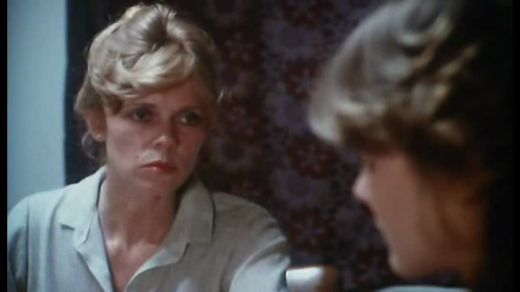 Los Angeles is being terrorized by serial sex killer Kirk Smith (Worth), a delusional Vietnam vet, amateur bodybuilder, commercial photographer—both mainstream and porn—and general all-around psychopath prone to chatting to his dead father, to God and, on the call-in lines and using a cod-Hispanic accent, to the regular radio phone-in show hosted by local psychologist Dr. Lindsay Gale (Gerrish), whose professional hackles are raised by the symptoms described by “Ramón.” 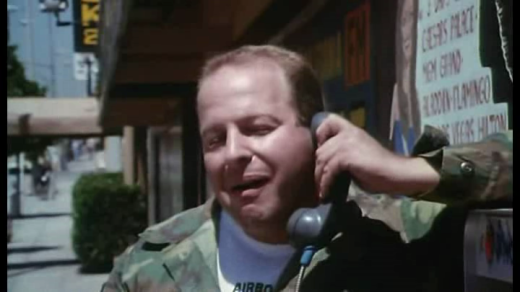 Nicholas Worth as Kirk

The first murder we see is of the fifth known victim of the killer the cops and media have imaginatively nicknamed The Strangler. She’s a nurse called Dory (Kalberg), and is in fact the only one to be attacked having just answered the phone. Quite how the movie came to have the title it has is anyone’s guess.

When Smith kills one of Lindsay’s patients, vulnerable Carol (Warner), investigating cop Lt. Chris McCabe (Westmoreland) interviews the psychologist. The two take an instant dislike to each other, so you know they’ll end up in bed together later. 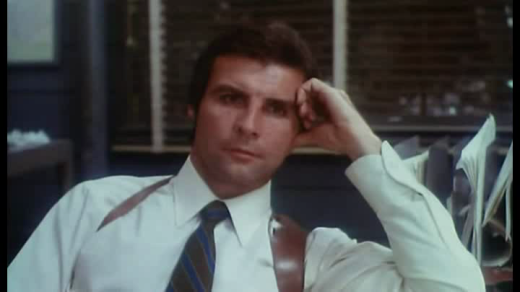 The killings continue, each new victim being strangled with a stocking pilfered from her predecessor. Next comes Sue Ellen (Bryant), a beautiful naif who’s hitched to LA in hopes of starting a modeling career: she chooses to believe the wrong photographer. Smith phones up Lindsay’s show to make sure the sounds of him killing the hooker Denise (Severeid) are broadcast. Then there’s professional photographic model Joyce (Jensen) and her roommate Kathy (Jodan) . . . 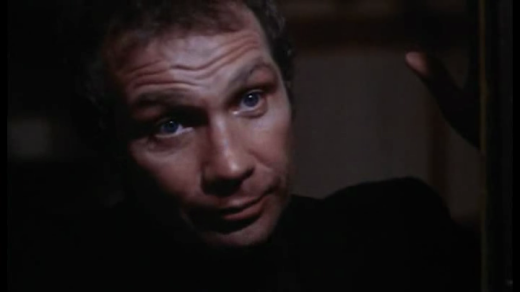 It’s pretty obvious who’s going to be the culmination of Smith’s activities, at least so far as this movie’s concerned, and, sure enough, up he inevitably turns in Lindsay’s apartment with malice in mind.

A couple of peripheral sequences pad out the running time. In one, McCabe and his equally numskull sidekick Sgt. “Hatch” Hatcher (Frank) raid a “massage parlor” in search of Denise’s pimp Darnell Adkins (Haze). This is treated like something out of a Benny Hill sketch, with tarts and their johns running around in all directions and states of dishabille. The humor appears desperately ill judged when the sequence concludes with the shooting dead of Adkins; there seems a disagreeable racial edge to the flippant way the two cops treat the black man’s demise. 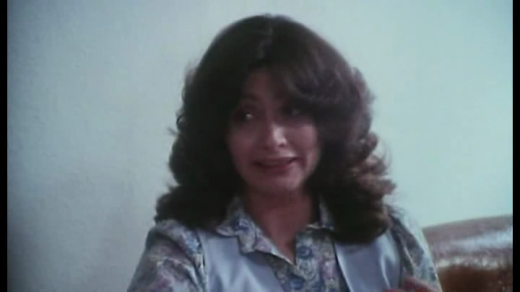 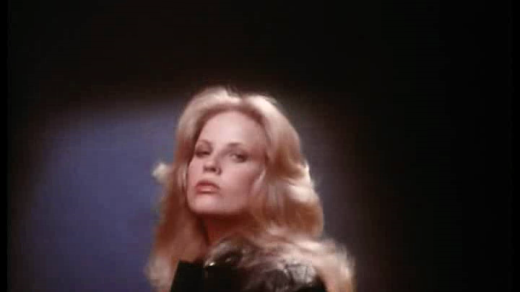 The other piece of padding is significantly more boring. The two cops, having gained Smith’s address from pornographer Sam Gluckman (Mitchell), break by accident into the apartment of his neighbor, innocuous toy salesman John Feldon (Allen). This is a diversion that should have taken maybe thirty seconds, perhaps a minute at the outside. Instead it drags on and on, with the cops exchanging unwitty dialogue veeeeery slooooowly. 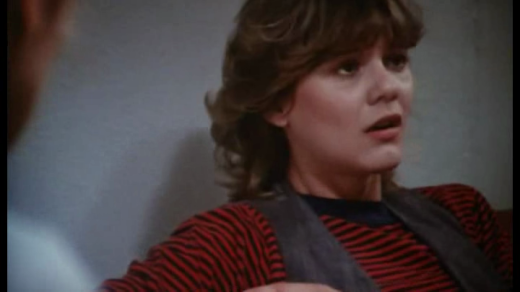 Things threaten to look up a bit, dialogue-wise, during that protracted attack on Lindsay:

The question reduces Smith to a blubbering jelly of grief, and for just a moment we wonder if at last a little psychological depth might pop into view. No such luck, because shortly afterward it’s:

Kirk: “But I strangled the little fucker ’cause he shit all over my grandmother’s oriental rug.”

As you might guess from that single line of dialogue, Smith’s character is risibly over-the-top, and Nicholas Worth plays him accordingly, producing the kind of performance that makes the likes of Nicolas Cage look and sound restrained. I’m tempted to say that Worth has the thespian subtleties of the professional wrestler that his build brings to mind, but it may very well be that this was what was asked of him by director Robert Hammer. 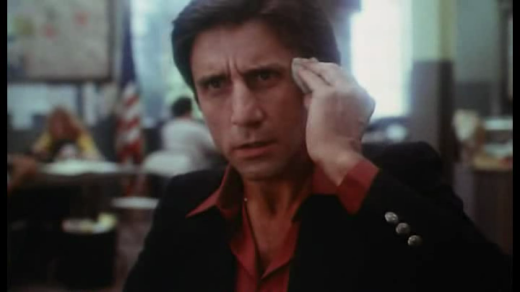 Most of the rest of the cast offer not much better. I had the horrible feeling that James Westmoreland wasn’t just playing McCabe as an asshole but had been typecast that way. On the other hand, it seemed to me throughout that Flo Gerrish/Lawrence belonged in a better class of movie than this one. Denise Galik plays her addict patient Lisa, who turns out to be an old acquaintance of McCabe (and does not become, as we’ve been anticipating, another Strangler victim). Chris Wallace (not, I assume, the Fox News journalist) has an appealing cameo as psychic Patrik Dmitrios, forced upon the investigative police team by their lieutenant. 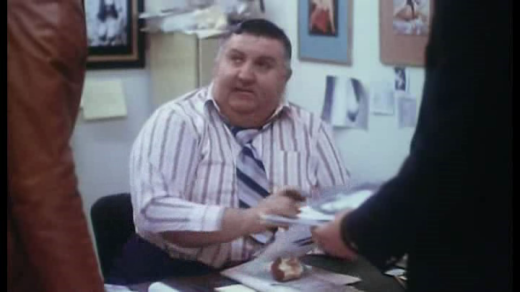 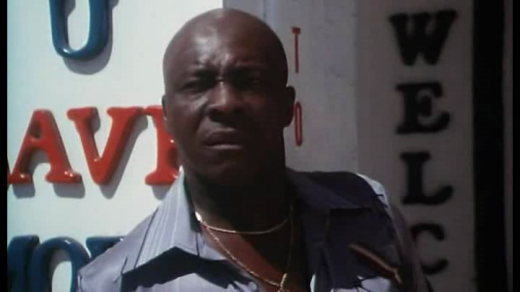 Smith proves, in the closing sequence, to be an unusual kind of guy. Even after having been shot in the balls he has the strength to rip apart, behind his back, a pair of police handcuffs, attack McCabe and then keep staggering around despite a further chamberful of bullets being pumped into him. They sure made their psychos tough in them days! 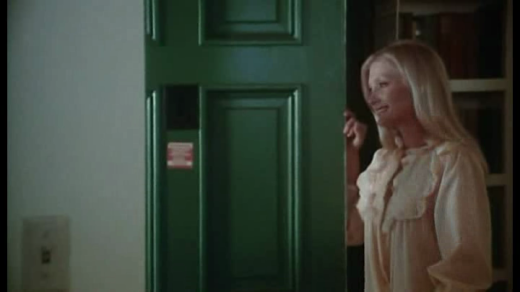