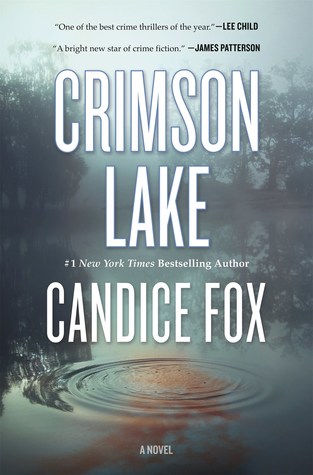 Less than a year ago, Sydney cop Ted Conkaffey was, because of a mass of circumstantial evidence, convicted in the court of public opinion of the brutal rape of a thirteen-year-old, even though the legal case against him collapsed for lack of any clear indication of his guilt. Hoping to try to build himself a new life and terrified of self-styled vigilantes who might take the law into their own hands, he flees to the small northern Queensland town of Crimson Lake. Surely no one will recognize him this far from home?

But of course they do.

Enigmatically, Ted’s lawyer introduces him to Amanda Pharrell, a Crimson Lake native who was convicted of a brutal murder in her teens but has now served her prison time and established herself as a PI. Amanda takes Ted on as a partner even though she knows of his history, and together they work to try to solve the mystery of the disappearance of a local author, Jack Scully, who has earned himself a fortune and an international reputation through a series of Left Behind-style novels. At the same time Ted quietly investigates Amanda’s old conviction, because something in that case doesn’t quite seem to make sense . . .

Fox succeeds very well in establishing the, hm, spiritual claustrophobia of Ted’s situation: when vandals seek to terrorize him and the sadistic local cops delight in finding pretexts to beat the shit out of him he’s defenseless because, he’s convinced, the public will never, ever believe in the fact of his innocence and would as soon see him dead. There seems no way out of the trap into which he’s been placed by nothing more than an unhappy collection of circumstances. I really felt for him, and I admired the way that Fox brought me so fully into his world.

I spent half my time really liking the character of Amanda and the other half thinking she was merely an assemblage of exaggerated quirks rather than an actual character. I was in fact okay with that dichotomy: it meant that she held my interest throughout because I never quite knew how she was going to strike me next.

But there were other aspects of the novel that didn’t sit so well with me. As you might expect, by the end of the novel the cases against both Amanda and Ted are in tatters. (Also, the bullying cops are getting their long overdue comeuppance, the murderers of Jack Scully are in custody thanks to our heroes’ efforts, and ya-de-ya-da.) However, the reasons for the two cases beginning to look suspect are just bonkers — or, at least, it’s bonkers that the cops and the legal defense teams didn’t spot them at the time yet amateurs later spotted them at a glance.

In Ted’s case, the attacked girl’s fingernails indicate she struggled like a wildcat yet quite clearly Ted’s face and arms bore no scratches or other relevant marks. Nobody noticed this at the time? In Amanda’s case she was supposed to have repeatedly stabbed her victim then taken off her clothes (there are reasons); forensics could find no trace of blood on her clothes because, it was explained, it had been raining and the rain had washed all the bloodstains out of the heap of clothing. This is so blatantly nonsensical that no one in their right minds would have believed it for a moment, yet we’re supposed to credit that it was part of the case that sent Amanda to jail. Huh?

There are also some continuity errors — trivial but irking. A couple of examples: (a) On page 36 we learn that Ted has bought himself a new bed the night before he meets Amanda. On page 49, after meeting Amanda, he orders that new bed. (b) On page 164 Amanda reads an extract from one of Scully’s books, called Whisper. She switches to a different book to read another extract, only somehow, magically, this different book is Whisper again.

There were also repetitions, usually first-person-narrator Ted telling us something about his situation that he’d already told us before, sometimes more than once.

On balance, this was a thriller that did right a lot of the things that thrillers are supposed to do, I liked the setting, the pages turned in a bit of a blur in the later stages (always a good sign) and, with some reservations that I’ve noted concerning Amanda, the two principals came alive for me. But there were enough irritations that I came away from it less convinced than I think I should have been.