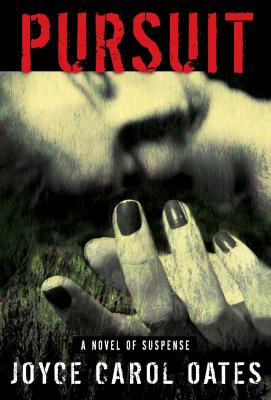 The family-less, agnostic Abby marries Willem despite his deeply Christian family and his own religiosity. The morning after the wedding, before the marriage has even been consummated, Abby steps under a bus on her way to work. Was is it an attempted suicide or an accident brought about by her distraction of mind? As she lies in hospital, firstly in a coma and then in various decreasing levels of care, we learn in a long flashback of the nightmare childhood that led her to this place. Once she regains strength, she tells Willem the truth of her past, and together they . . .

I’ve read some of Oates’s short stories but not until now (I think) one of her novels, of which there are, you bet, a plenitude. I admit that at first I was very put off by the narrative’s staccato style, with lots of short sentences. And part sentences. Little flurries of words. Sparking off like the sparks from a power tool. Normally this kind of writing gets my goat almost immediately and often enough I put the relevant books aside unfinished, but here for some reason (possibly that Oates knows what she’s doing while most other users of the style don’t) I got into the swing of it pretty quickly, and was gripped by it.

The story Abby has hoped to leave behind her, that she must first dredge up from her memory and then tell to Willem, is not a complicated one, but it sure packs a punch. (Just to reassure you, in a time when every other psychological thriller seems to bring in child sexual abuse, this one doesn’t.) The tale it recounts is a tragedy that, in one sense or another, I suspect happens far more often than we’re aware, as people and families are traumatized by the corrupt and/or stupid decisions of our masters.

The novel’s quite short and I found it read very swiftly; it may take me a lot longer to forget it. Oates is now definitely on my list of novelists of whose work I want to read more, oh yes.