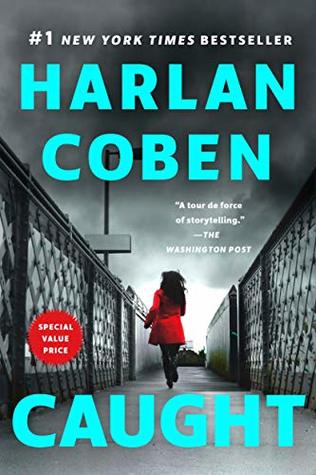 We were away at a science fiction convention this past weekend, so everything’s a bit sleepy and tentative around Noirish Towers today. This will be just a quick note . . .

TV investigative journalist Wendy Tynes ensnares social worker Dan Mercer in a sting operation, the latest triumph of her show’s campaign to expose pedophiles. But then Mercer’s murdered — right in front of her — and Wendy begins to realize the anonymous tip that drew her to him is just part of a far wider pattern of persecution that’s tied to the disastrous consequence of a decades-ago university prank. In fact, was Mercer a pedophile at all or was this a baseless slur? Was she an unwitting part of a cruel conspiracy?

Untangling the truth may put Wendy and her family at risk, but . . .

Yes, you’ve got it: This is the traditional Coben mixture of fiendishly complex plotting and excellent storytelling that between them make the best of his books an enjoyable intellectual challenge as well as a gripping read. This wasn’t up there among his creme de la creme — books like Tell No One — but it was certainly among the better of his novels that I’ve read . . . which is pretty high praise.

What holds it back from being among his finest? Well, for me some of the many twists worked fine but others seemed just too implausible to take seriously, while the final twist I found very predictable. I also thought some of Coben’s frequent world-weary asides weren’t nearly as witty or wise or perceptive as he may have thought they were; his editor might have suggested he prune a few of them. (Or, who knows, maybe his editor did exactly that and the residue is still too much!) One or two of the characters, like Wendy’s friend in high places, Win, don’t seem wholly believable.

But those niggles didn’t stop me from devouring the book, grabbing a chapter here and a chapter there whenever I could. As I say, not Coben at his best but Coben at his pretty damn’ good.