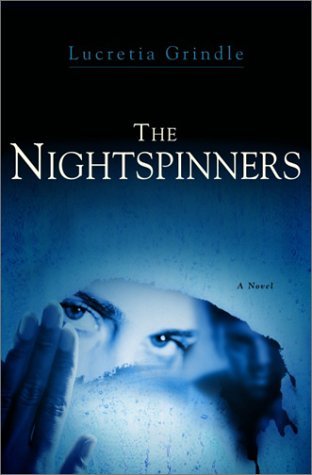 I was recently completely bowled over by Grindle’s later novel Villa Triste , and so was naturally eager to try her other work. My hopes were amply satisfied by The Nightspinners. It’s a very different novel, but it’s every bit as superbly written.

Susannah and Marina grew up as identical twins on a small farm somewhere remote in the middle of the American South. At the time the children were convinced they were so close together they could read each other’s minds — could talk to each other without speaking in a process they called nightspinning.

But then they grew apart. Marina had a mean streak that Susannah largely lacked. By the time the novel starts Susannah is living on her own in Philadelphia after a recent major bust-up with her fiance, making a reasonable living as a restaurant designer. She hadn’t seen and barely spoken by phone to Marina for years before that dreadful night, eighteen months ago, when Marina was savagely murdered. The case is still unsolved, but it’s known that for a year or so before her death Marina was being stalked: anonymous late-night phone calls where the caller didn’t speak, the word “BITCH” scratched into the side of her car, deliveries of flowers — all that sort of thing.

And now history seems to be repeating itself. The same murderous stalker has seemingly transferred their attentions to Susannah . . .

There are some genuinely scaring moments in The Nightspinners, moments that may have you shamefacedly checking under the bed before you continue reading, but the reason they’re so effective is because of the tremendous atmosphere that Grindle, seemingly effortlessly, builds up. It’s as if one of the great Gothic novelists had turned their hand to writing a murder mystery.

Susannah is our first-person narrator throughout, and it’s through her account that we see what a pettily vicious little piece of work Marina was; we also, though, realize that Susannah herself isn’t quite the delight she might think herself to be — she too can be catty and vindictive. Aside from that, it’s from Susannah that we learn of the events of the sisters’ shared childhood, often through some event in her present sparking off a stream of memories. In this way the author conveys to us the traditional twin timelines of such tales without, in a way, our ever leaving the present: ironically for a novel focused on twinhood, Grindle thus offers us a single narrative rather than two. It’s all most beautifully woven together and done so subtly you’re hardly aware of it.

The only weak point of the novel — and we’re talking relatively here — comes in the final chapters, where the villain is unmasked and then there’s an overlong coda. I felt we could have had a little more on the motivations and compulsions of the killer and quite a lot less of the “Thank You and Good Night” section. There’s the slightest of suggestions in that latter section, though, that Susannah’s problems might not yet be over . . .

All in all, a splendid novel. More Grindle is in my future.

2 thoughts on “book: The Nightspinners (2003) by Lucretia Grindle”