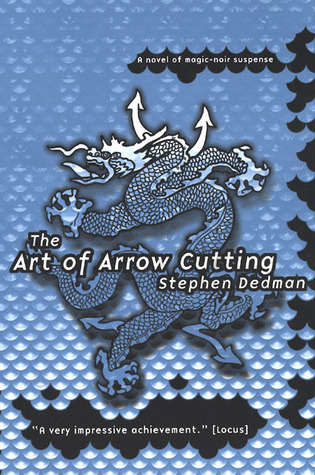 Lurking somewhere between magic realism and urban fantasy, though heavily more toward the latter than the former, this is an agreeable romp that begs not to be taken too seriously. By its end you’ll know more about the monsters (and mobsters) of Japanese folklore than perhaps you did before you started; I certainly enjoyed the education.

Michelangelo “Mage” Magistrale is a professional photographer who might be moderately successful if ever he gave up being a drifter, hitching or bussing from town to town across Canada and the US, hopping from bed to bed because he’s irresistibly attractive to women and gives them great sex like they’ve never had before in their lives, oh yes. (I confess I almost threw the book across the room at this point as likely to be a dreary adolescent [I euphemize] fantasy, but luckily the author thereafter played down this aspect.)

One day at a bus station in the middle of nowhere he encounters Amanda, a lovely young woman who borrows money from him for her bus fare; in return she gives him what she tells him is the key to her rented apartment, which he’s welcome to use for the rest of the week until the rent runs out. But clearly it’s more than just a key, because the next thing he knows Mage has some very nasty people after him — and not just people but nightmarish traditional Japanese monsters like the rukoro-kubi, which looks like a human being but can detach its head and hands and send them to kill you.

Realizing that it’s Amanda whom the pursuers are really after, and yearning for her himself, Mage embarks on a journey that will see him acquire new friends and allegiances, become a powerful mage — just as his nickname might suggest — and narrowly escape death numerous times. There are plenty of thrills and spills and quite a few chills and guffaws before everything gets neatly wrapped up.

I was reminded a little of the late George C. Chesbro’s “Mongo” mysteries, although this is rather more flippantly written and, despite the Japanese monsters, somehow less odd than those were. I was also reminded strongly of a very different novel but, maddeningly, can’t quite remember what it is! (If I remember, I’ll come back and update this comment. All suggestions welcome.)

There’s a sequel I’ll be keeping an eye out for.