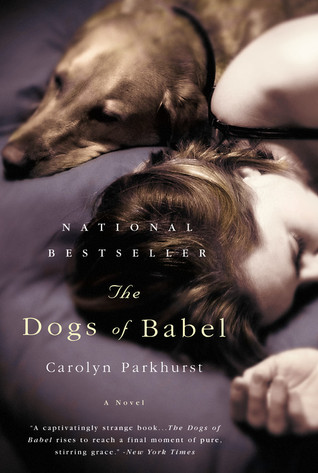 Linguistics prof Paul Iverson comes home one evening to discover that his beloved artist wife Lexy is dead, having fallen from the top of the tall apple tree in their back yard. The only witness was their Rhodesian Ridgeback, Lorelei, adopted as a stray puppy by Lexy sometime before she and Paul met.

The cops decide it was an accident, but Paul’s less convinced. What on earth could have persuaded Lexy to go climbing a tree in the middle of the day? Added to that, there are some oddities around the house that aren’t easily explained: the books have been rearranged on their shelves, especially the shelves of the bookcase in his own study, and there’s evidence that Lexy fried up the steak they’d planned to have for supper and fed it to Lorelei on the kitchen floor. Why? Could these be clues left to tell him she was set on committing suicide?

Desperate to satisfy himself as to how Lexy met her death, Paul gets the crazed, grief-fueled idea that he could use his professional skills as a linguist to train Lorelei, the sole witness to Lexy’s death, to talk. He discovers he’s not the first to have been down this road: others have had the same dream, including a mad surgeon who’s now in jail for the experiments he carried out on dogs’ palates . . .

The blurb presents The Dogs of Babel as a sort of quirky whodunnit, and in a sense that’s true, but what the novel’s really about is Paul’s grief, and its roots: his years-long love affair with his wife, Lexy, and the emotional clamor he lived through during the years before he met her. That backstory of his is important, because without it it’s difficult to understand how Paul could have lived so long entranced by the Faery Queen-like creative ethereality and concomitant ruthlessness of his spouse while for the most part ignoring her mental instability: he understands when, during their pre-honeymoon honeymoon, she goes neurotically ballistic over a complete trivium on the part of a stranger, and, during their married life, the pattern prevails of his regarding her as flighty and artistic and ecstatically desirable in her countless mood swings rather than simply unstable. (Some readers apparently regard all this as implausible. They should try living in Paul’s shoes.)

You may have gathered that the “now” part of The Dogs of Babel, the post-Lexy tale of Paul’s life, is just a part of the story. You’d be right. Most of the novel, I think (I haven’t gone through counting the pages), is about the time Paul and Lexy spent together: their first meeting (Paul discovered and bought at her yard sale one of those gadgets people buy on impulse and then sell, unused, years later at their own yard sales), their fairly compressed courtship, their marriage and their wedded life.

Yet, even though they form the main part of the novel, those accounts are all given as flashbacks from the “now.” They offer a story of obsessive love on the part of both partners that we read as enfolded in the tale of Paul’s widowered grief, itself enfolded into a sciencefictional (really pseudosciencefictional) account of an attempt to induce powers into a dog that a dog, for physiological and intellectual reasons, can’t cope with (there are echoes here, for people who want to look for them, of Olaf Stapledon’s wonderful novel Sirius [1944]). Those other layers of Parkhurst’s novel are the supporting struts, if you like, of the exposition of Paul’s grief, compounded as it is by both justified and unjustified guilt: he’s innocent in that, despite occasional lapses into aggrieved pettiness, he tried as hard as he could to contain Lexy’s instability and loved her devotedly despite it; he’s guilty in that his very best efforts weren’t enough — in the end result, he was unable to step outside the person he is.

Parkhurst is a quite wonderful writer: her prose sings. Time after time I did the “just one chapter more” routine and then ended up reading several. The novel’s plot has some longueurs later on — we have a sort of adventure/thriller digression involving mad vivisectionists — but that barely detracted from my overall enjoyment. Like Paul, I was fascinated by Lexy and accordingly far too tolerant of her waywardness, thereby doing her a disservice; like both of them, I adored and respected Lorelei.

In the last book I read, Asa Nonami’s The Hunter, one of the central characters — and perhaps the most memorable — was a dog. Here almost the same is true. Funny the ways that serendipity works: there was no intent of mine guiding this coincidence. The same goes for the fact that the novel I read just two books ago, Lucretia Grindle’s Villa Triste, looked more or less a shoe-in for my favorite novel read in 2019 and now, so very soon afterward, has a challenger for that coveted (I flatter myself) spot. I really did not expect to love The Dogs of Babel, which I’ve had on my shelves for quite a few years, so very much as I did. I’m overwhelmingly glad that I eventually pulled it down and decided to read it.