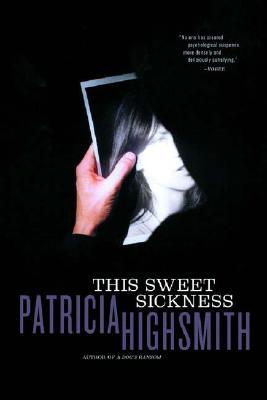 I’m sure we all at least once in our younger days had the experience of utter incredulity that the current object of our devotion shouldn’t feel the same way about us: it was a mistake in the script, surely, that could be easily corrected if only everyone concerned would see sense.

That’s the way young chemical engineer David Kelsey feels about Annabelle Delaney. She once told him she loved him, and on the strength of this he moved away from home to get a boring but lucrative job in a plastics company solely in order to earn enough money that they could get married. Little did he expect that hardly had his back been turned than she’d marry another, Gerald Delaney. Assuming Gerald must be just some monstrous aberration on her part, that she can’t possibly love the man, David continues to woo her — and has even bought a house where, under the alias William Neumeister, he spends his weekends pretending she’s there with him.

When Gerald gets fed up with this situation, tracks him down and threatens him with a gun, David strikes out. In falling, Gerald cracks his skull and dies. The local cops accept that “William Neumeister” was simply defending himself against a drunken stranger, and David believes he’s gotten away with it, but he reckons without the inevitable complications. Two of those complications are his dimwitted best friend, Wes, and Effie, a young woman who’s fallen as hard for David as David has for Annabelle. A third complication is that David simply cannot believe that, now Gerald is out of the way, Annabelle won’t fall delightedly into his arms . . .

I first became acquainted with this tale through the Robert Bloch-scripted adaptation of the novel as Annabel (1962) dir Paul Henreid (!) and starring Dean Stockwell, done as an episode of The Alfred Hitchcock Hour. (A more acclaimed screen version is DITES-LUI QUE JE L’AIME (1977; vt This Sweet Sickness) dir Claude Miller, with Gérard Depardieu, Miou-Miou, Claude Piéplu and Dominique Laffin.) The Bloch adaptation simplifies things a bit, as you’d expect given that its running time is under fifty minutes, and also makes a number of pointless and infuriating changes of detail (in the novel David invents an invalid mother, in the adaptation it’s an invalid father, Effie is renamed Linda, etc.).

More importantly, it focuses on the events of the novel’s first half to the exclusion of the latter half. In this I think — I know, I know, gasps of anguish at my philistine heresy — it actually improves on Highsmith’s original. The first portion of the book, up to the aftermath of the death of Gerald, is a tremendous, tight psychological thriller; I couldn’t say I enjoyed it, precisely, because it had me squirming in abject discomfort as I sympathized in all directions with David even while being appalled at his facility for making things worse for himself and others — which is exactly the effect I imagine Highsmith intended. The level of David’s obsession is exaggerated — he’s the stalker from Hell — but the exaggeration is maintained (masochistically) pleasurably within the bounds of credibility, just. The novel’s second half, though, seemed to me to be venturing into overkill territory. I’m sure that someone as mentally deranged by his obsession as David could act the way he does in the second half, but Highsmith failed to persuade me that he actually did. Oddly enough, when he takes things to a complete extreme in the closing pages I was completely convinced again: it was the bit in between the almost-rational and the totally-over-the-edge that I had difficulty with.

Highsmith’s prose is, as always, alluring and hypnotic: I was glued to the book, even the half of it I didn’t believe. This Sweet Sickness isn’t a novel I imagine anyone would regard as an ideal beach read but, if squirming’s your thing, there’s plenty of it to be had here.

13 thoughts on “book: This Sweet Sickness (1960) by Patricia Highsmith”