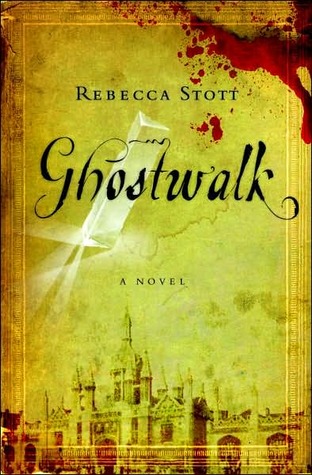 A modern-day mystery rooted in the history of science — specifically in Isaac Newton’s Cambridge career, with the emphasis on his alchemical researches? Oh, yes. As you can imagine, this book had sold itself to me before I was halfway through the blurb’s first paragraph.

And I wasn’t to be disappointed. To be sure, the plot became a bit Dan Brownish toward the end, but the book as a whole is so beautifully written, and had so completely enmeshed me by then, that I was prepared to overlook the Mount Implausible aspects. (To be a bit more specific: I’m very much aware that big corporations can mount dirty-tricks campaigns — see the relevant parts of my book Corrupted Science for starters — but the specifics of this particular dirty-tricks campaign raised my eyebrows a bit.)

Lydia Brooke is a writer. For a long time she was in an adulterous relationship with the married Cameron Brown in Cambridge, but she broke that off and has persuaded herself she has her feelings for him under control. When his mother, historian Elizabeth Vogelsang, is found dead in mysterious circumstances. he begs Lydia to finish Elizabeth’s last book, a biography of Newton as alchemist. So Lydia moves into the dead woman’s house, The Studio, and sets to work.

Soon she realizes there are odd things going on. There are plays of light within the house that can’t be explained naturally. Documents appear and disappear for no apparent reason — or, even more unsettlingly, with what appears to be purposeful direction. Lydia has odd visions and unusually powerful dreams. And, despite herself, she falls back into her old relationship with Cameron.

Meanwhile, it seems a militant animal-rights movement called NABED is committing crimes of sadistic violence, up to and including murder, in Cambridge and its environs. Could these be linked to Elizabeth’s researches and Lydia’s resumption of them? Is Elizabeth’s old friend, spirit medium Dilys Kite, really as bonkers as she appears?

All these elements are deftly twined together to make a coherent plot that’s part ghost story, part detective yarn, part intellectual mystery, part scholarly game (complete with sample chapters from Elizabeth’s book containing a lot of genuine, and genuinely yummy, history), part love story . . . you name it. Stott’s gleeful lack of timidity about mixing genres is another reason I enjoyed the novel so much.

I did have a minor personal difficulty with Ghostwalk. One of my most valued friends is called Cameron Brown, and, far from being the smooth-talking, amoral, untrustworthy deceiver who’s the Cameron Brown here, he’s decidedly among the good guys. So every time the name came up during the tale I was having to do a double-take!

Ghostwalk clearly isn’t a novel for everyone — just take a look around Goodreads and you’ll find plenty of negative opinions — but it is very much a novel for me. A keeper, as they say.