Despite the title, and despite the claims in the opening address delivered by California’s Attorney General at the time, Edmund G. Brown, this movie is at best loosely based on reality. There really was a woman who, under the moniker “Lynn Stuart,” infiltrated California’s narcotics gangs, but most of the details of the story have been changed for the purposes of the screen. Contrary to what you might expect, the real-life “Lynn Stuart,” who served as a consultant during the making of this movie, was actually far braver and more dogged than her fictional counterpart: she risked her life as a police informant among the gangsters for six long years. 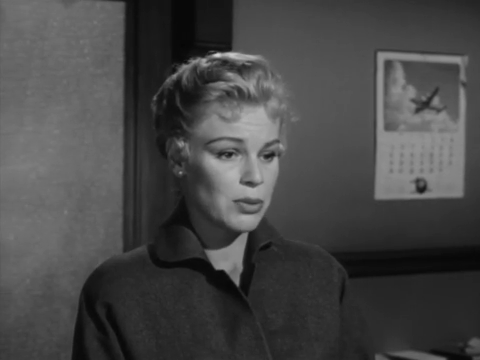 When the teenage son of Nora (Bryar) dies in a drug-related incident, Nora’s sister, Phyllis Carter (Palmer), is spurred into offering her services to the Santa Ana PD as an undercover agent to bring down the drug gangs—or some of the gangsters, at least. At first Lieutenant Jim Hagan (Atwater) and his sidekicks treat the offer as a joke; as one of them, Eddie Dine (Walters), points out:

Ralph: “Well, if they do [take up your offer], you take the job. And don’t shirk your call to duty. You powder your pretty little nose, you give your girdle a good yank, and you go after dem dirty rats, both guns a-blazing.”

But circumstances conspire to change Hagan’s mind, and soon Phyllis, having taken on the identity of Lynn Stuart, a minor ex-con from the far side of the country, is working at a diner that the traffickers are known to frequent. She even has a new “husband,” “Wilbur,” in the form of cop Jerry Jackson (Jackson). Her task is to get close to mid-level gangster and cold-blooded killer Willie Down (Lord), which she soon succeeds in doing.

Jack Lord as Willie Down, just about to murder police informer Nat (Than Wyenn).

All goes well for a while, but then, on what she’s decided will be her last day as a stoolie, (a) she witnesses Willie kill three men in cold blood, (b) one of the gang assembled for the latest job proves to be the real Lynn Stuart’s old pal from her penitentiary days, Sue Diggin (Duncan), and (c) Phyllis’s young son Jimmie (Towers) goes down with pneumonia and has to be rushed to hospital.

Understandably, “Lynn” rather goes to pieces. Willie and the gang’s leader, used-car merchant Doc (Anderson), decide the only safe way of dealing with her is to rub her out . . . 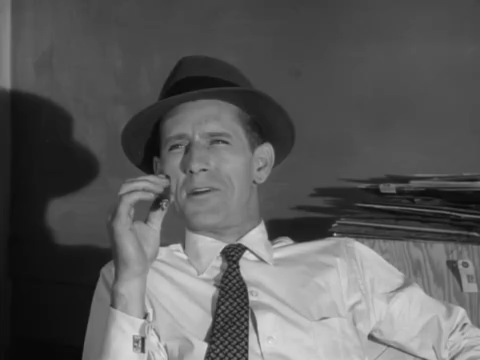 To call this a minor, unheralded masterpiece would be to make a mockery of the words, but it does have quite a lot going for it—not least Betsy Palmer’s performance in what’s in effect a dual role: respectable, somewhat stuffy middle-class mom and sassy broad who gives the impression of being game for anything. (Although she becomes Willie’s girlfriend, we’re never given any indication of how far she lets the physical side of their relationship go.)

Jack Lord’s surprisingly good, too, as the psycho, and I was captivated by Rita Duncan’s performance as Sue Diggin, who’s genuinely a sassy broad.

This was the last movie of prolific director Lewis Seiler, and the best one can say about the direction is that it’s competent—it’s at about the level you’d expect from a TV cop show of the era. The same can be said of the cinematography and the screenplay.

The latter is full of self-conscious slang in apparent imitation of the kind of lingo employed by 1950s narcotics dealers. Here, for example, is “Lynn” explaining to Willie why she did a stretch in the pen:

“Lynn”: “A cat I dug was picked up on a bank beat. They said I was driving the car. When I didn’t peep they laid it on me.”

To which all one can really say is: Gravy, booby. 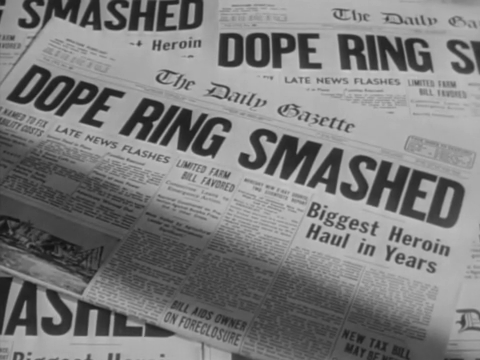